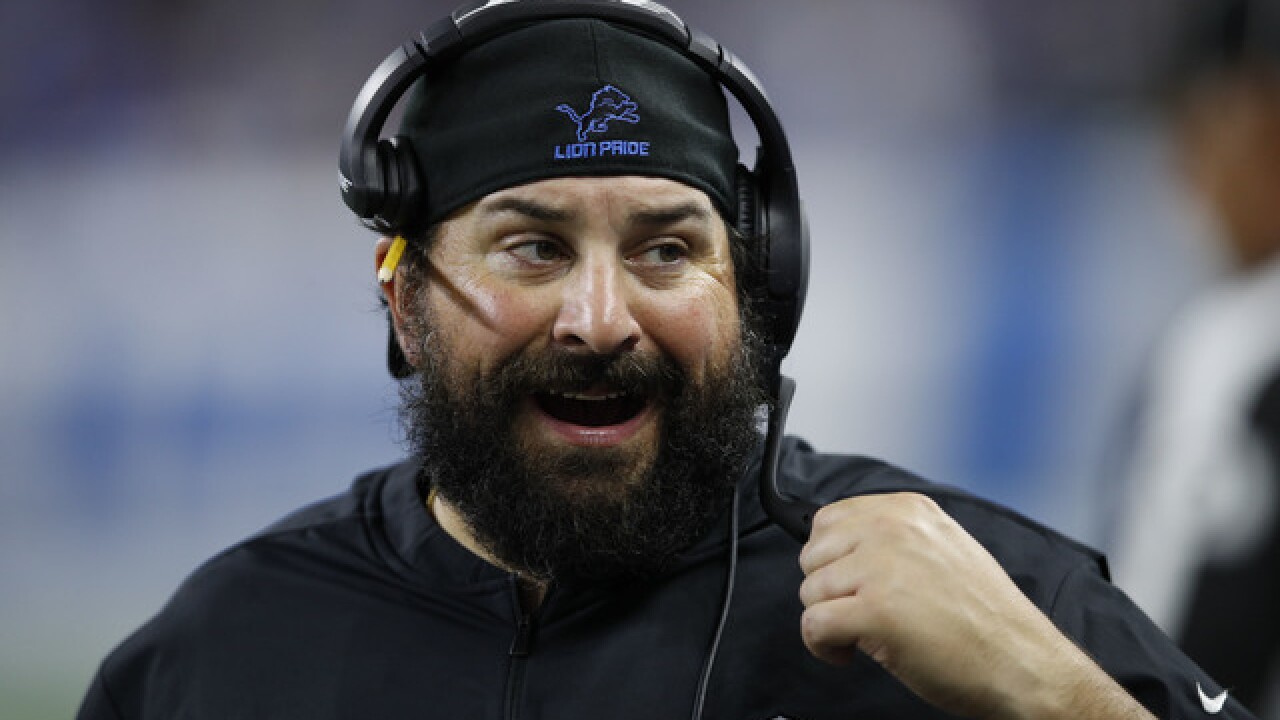 Copyright Getty Images
Joe Robbins
<p>DETROIT, MI - SEPTEMBER 10: Head coach Matt Patricia of the Detroit Lions reacts to a play in the second half against the New York Jets at Ford Field on September 10, 2018 in Detroit, Michigan. (Photo by Joe Robbins/Getty Images)</p>

Matt Patricia took the Lions outside for practice on Thursday.

He took a prepared statement to his press conference to explain his reasoning on Friday.

"First, we'll always practice and train in a manner that looks out for our players' ability to prepare each week for opponent, while also taking care of them, including all parameters to the overall health and safety of our team," Patricia said.

The Lions play their next four games indoors, and Thursday's practice took the Lions onto a snowy field.

"Practicing outside has multiple benefits, provides different elements for us to prepare in and work through in the ground overall preparation of our team."

Patricia emphasized the importance of practicing in pads. He said doing so on turf is tougher on bodies than on natural grass.

"Practicing in some of those conditions, whether it's mud, snow, loose grass, whatever the case may be, focuses most of the skill players to have to keep their feet underneath them, be able to break with a low center of gravity and play technically sound -- which is always good from a fundamental standpoint," Patricia said.

"It was a good opportunity to get that done."

"There's no more discussion, no more conversation about it," he said, attempting to tie a bow on the matter.

"I'd like to move on and show a little respect to Carolina, the Panthers, coach Ron Rivera, his outstanding team he's bringing up here to play against us, and the challenges we have, in fact, in trying to stop them and prepare for them."

Patricia closed his prepared comments with some sarcasm for his critics.

"We're going to be practicing inside today, just so everybody is clear. All right? Make sure everybody is good with all the head coaches in the room on that. Everybody good there?"