Lions take advantage of mistakes in win over Packers 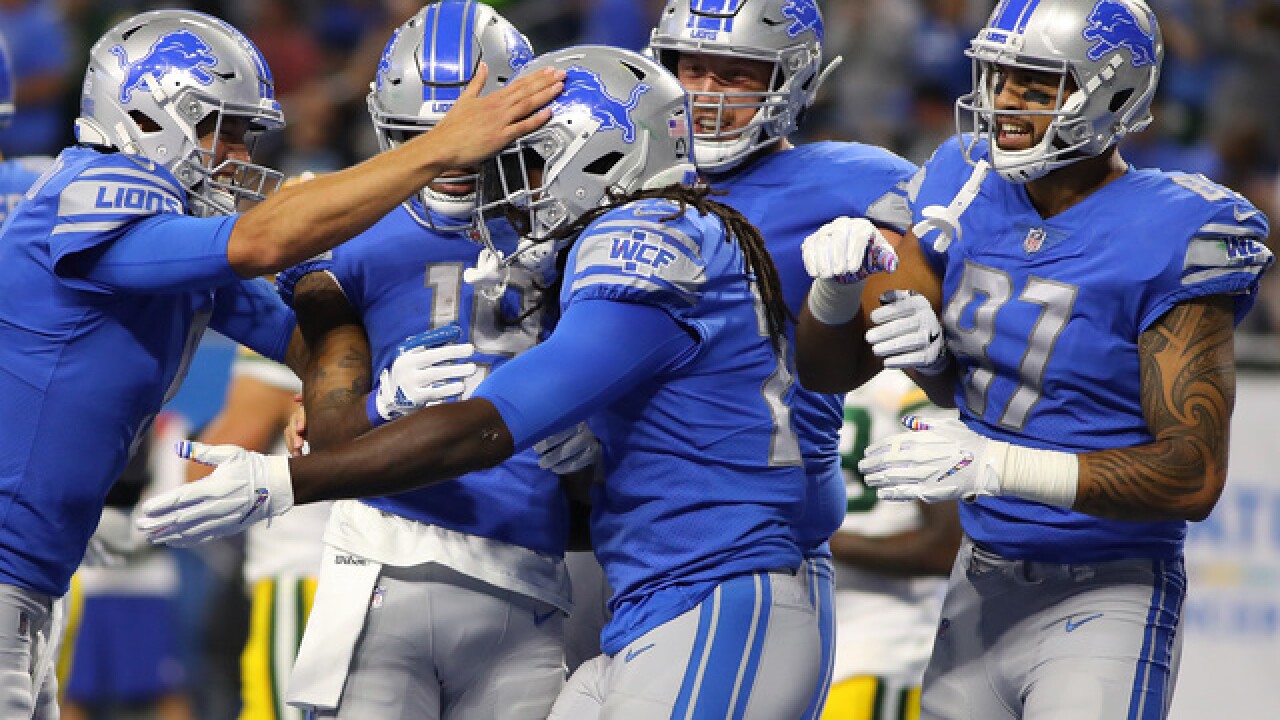 Crosby missed a career-high four field goals in one game and missed an extra point to boot.

He connected on a field goal with 2 seconds left. Detroit recovered the onside kick to seal the win, preventing Rodgers from getting another chance at a game-winning Hail Mary in Detroit.

Blount had a pair of 1-yard TD runs in the first quarter and Stafford's 8-yard pass to Marvin Jones late in the second quarter put Detroit up 24-0.

Stafford answered with a 5-yard TD pass to Kenny Golladay early in the fourth quarter to give Detroit a 31-14 lead.

Rodgers connected with Davante Adams on a 12-yard throw for a third TD pass, but Crosby hit the left upright on the extra point to let the Lions keep an 11-point cushion midway through the fourth quarter. Adams has scored in 10 straight road games, equaling a league record set by Tommy McDonald of the Philadelphia Eagles from 1959 to 1961.

UP NEXT
Packers: Host San Francisco on Monday, Oct. 15.
Lions: Off until playing at Miami on Oct. 21.