Matthew Stafford on Tom Brady: 'No doubt he's a Hall of Famer' 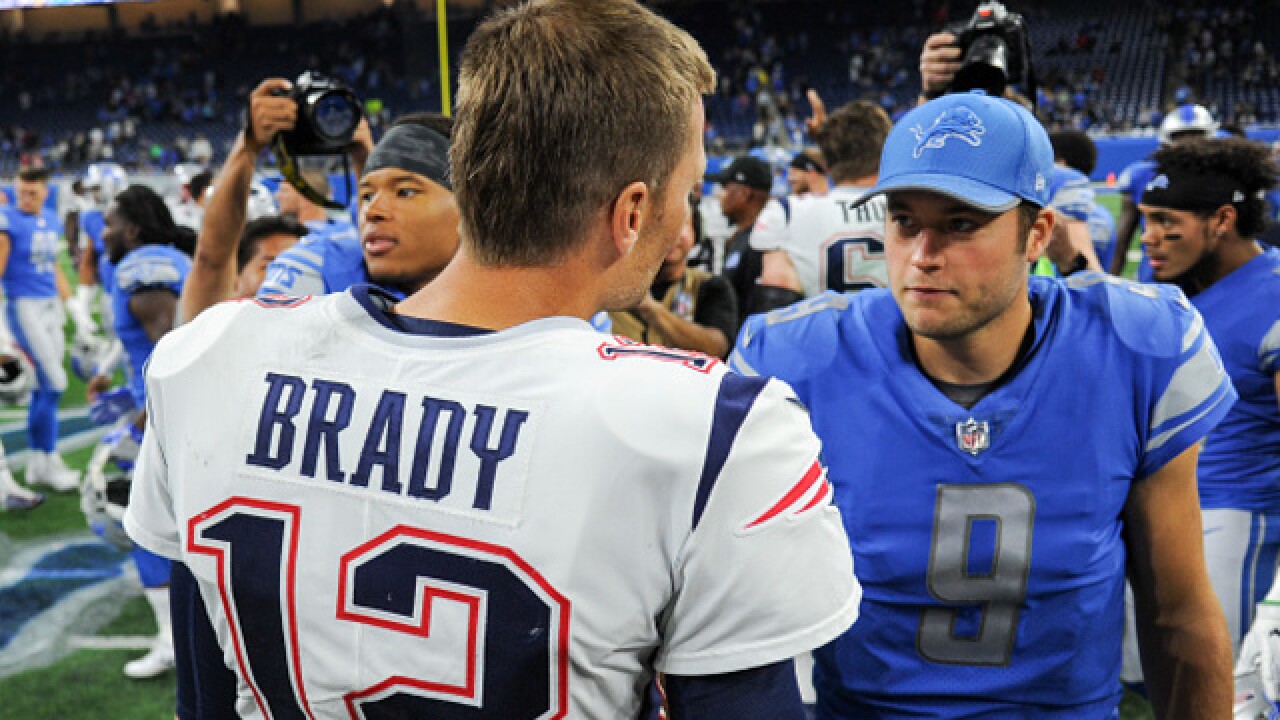 When talented pitchers are scheduled to take the mound on the same day their teams meet, they often downplay headlining the game.

Ask them about the other guy afterwards, and they're more inclined to say how important it was to 'have their best stuff' when the other team's ace was on the mound.

On Sunday, Matthew Stafford needs to have his best stuff. The NFL's ace of aces is starting for New England.

"No doubt he's a Hall of Famer, a great player at this position," Stafford said on Thursday.

The Lions quarterback has played against the Patriots one time, and lost 34-9 in 2014.

"No doubt he's a Hall of Famer, a great player at this position." pic.twitter.com/QJ3s2UHwpT

"For me it's just competing against the team. That's a really good football team we're playing, one that's had a ton of success," Stafford said.

Matt Patricia faces his former team for the first time, in dire need of a win after starting the season 0-2. Stafford said he hasn't seen any changes in his head coach this week.

Noting that he won't be dueling with Brady, Stafford pointed out he doesn't plan to change his approach this week, either.