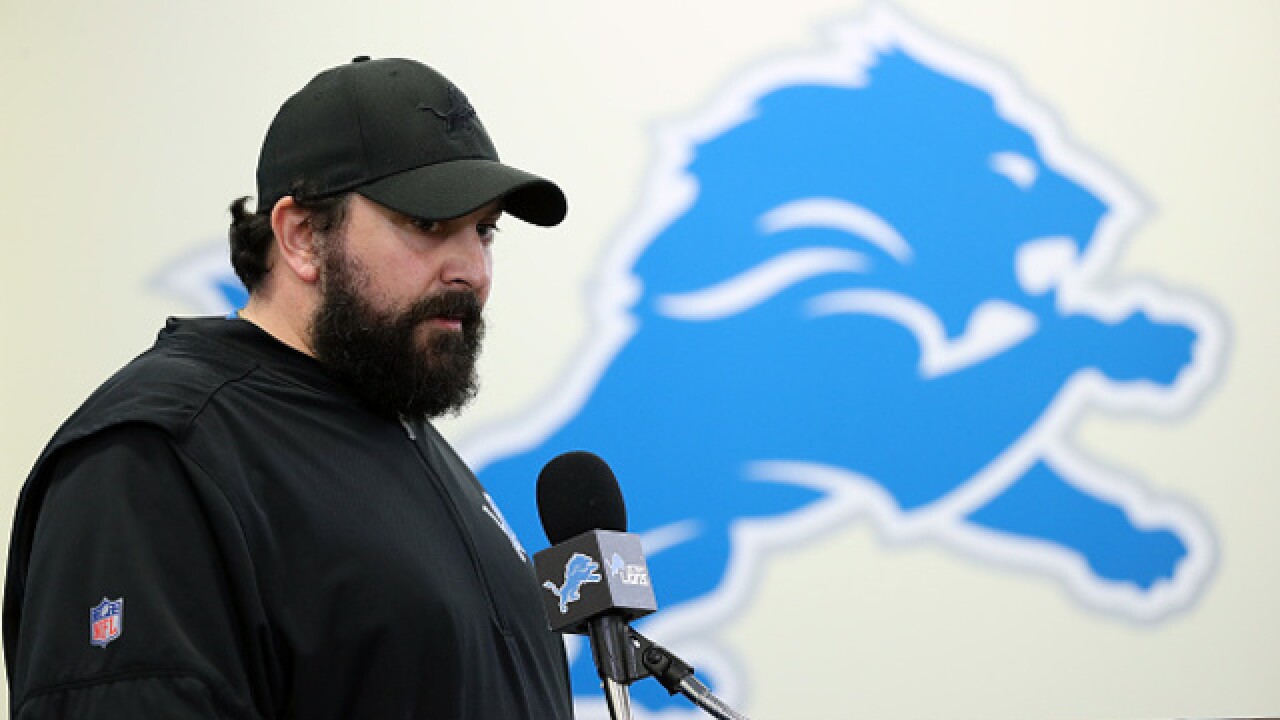 The Oakland Raiders and Detroit Lions conducted the first of two joint practices Tuesday in preparation for their preseason opener Friday at the Oakland Coliseum, allowing players on both teams to get a new perspective after practicing against teammates for the past two weeks.

"It was nice to see some new coverages, some different stuff," Oakland quarterback Derek Carr said. "It was good for us. It'll be good film. A lot of things happened today, good and bad things that we needed to have happen that we haven't had happen in practice yet."

The practice was conducted in a controlled environment after Raiders coach Jon Gruden met with first-year Detroit coach Matt Patricia in the offseason. The two friends mapped out the workouts well before the Lions arrived in Northern California.

Patricia said the joint practices offer an opportunity for rookies and young players from both teams to make an impression.

"For a lot of the young guys that haven't stepped onto an NFL field with anyone except for their own teammates it certainly brings a different element from the standpoint of competitiveness and an evaluation standpoint," Patricia said. "Even the veteran guys, it's good to get out there and compete against somebody else. You kind of get into that rhythm and that mentality of going against the same guy every day."

Unlike in previous years when the Raiders have held combined practices with the Dallas Cowboys and San Francisco 49ers, there were no fights and only a few minor scuffles.

Oakland linebacker Tahir Whitehead was at the center of one after hitting a Lions player who was getting up after making a long catch near the end zone. Whitehead, who played six seasons in Detroit, including the last four as a starter, also exchanged good-natured ribbing with Lions running back Ameer Abdullah during a goal line drill near the end of practice.

"It was fun getting a chance to catch up with the guys even though we're chirping and everything going back and forth," Whitehead said. "When I was there we did the same exact thing. We were going back and forth. It's all competitive and we're just trying to get each other better. This time I'm in the black and silver and it's just a different feel."

The teams went through individual position drills on separate fields before coming together on both fields for team scrimmages.

Fans filled the east stands while members of the military and a handful of youth football teams sat on the west side, adding a livelier feel to practice.

"The fans made it even better," Detroit running back Kerryon Johnson said. "Everybody's tired of hitting each other for however many weeks we've been going against each other. It's a new face, a new venue. It made it fun and it made it like a real game and we really enjoyed it."

Detroit quarterback Matthew Stafford looked crisp while leading the Lions' first unit. At one point he completed a deep throw to Marvin Jones Jr. for a touchdown after Jones raced past Raiders cornerback Antonio Hamilton.

Carr was equally sharp but threw his first interception of training camp when he was picked off by Detroit's Darius Slay.

"On a stupid scramble drill, too," Carr said. "I was bummed."

Notes: Lions defensive end Ziggy Ansah made it through his second practice after coming off the physically unable to perform list earlier in the week. "There's certainly some different things for him that we're going to have to learn this year to be able to do," Patricia said. "Just getting him on the field is one step closer." . Raiders running back Chris Warren provided the play of the day when he leveled Lions linebacker Jarrad Davis and sent the former first-round draft pick flying back.