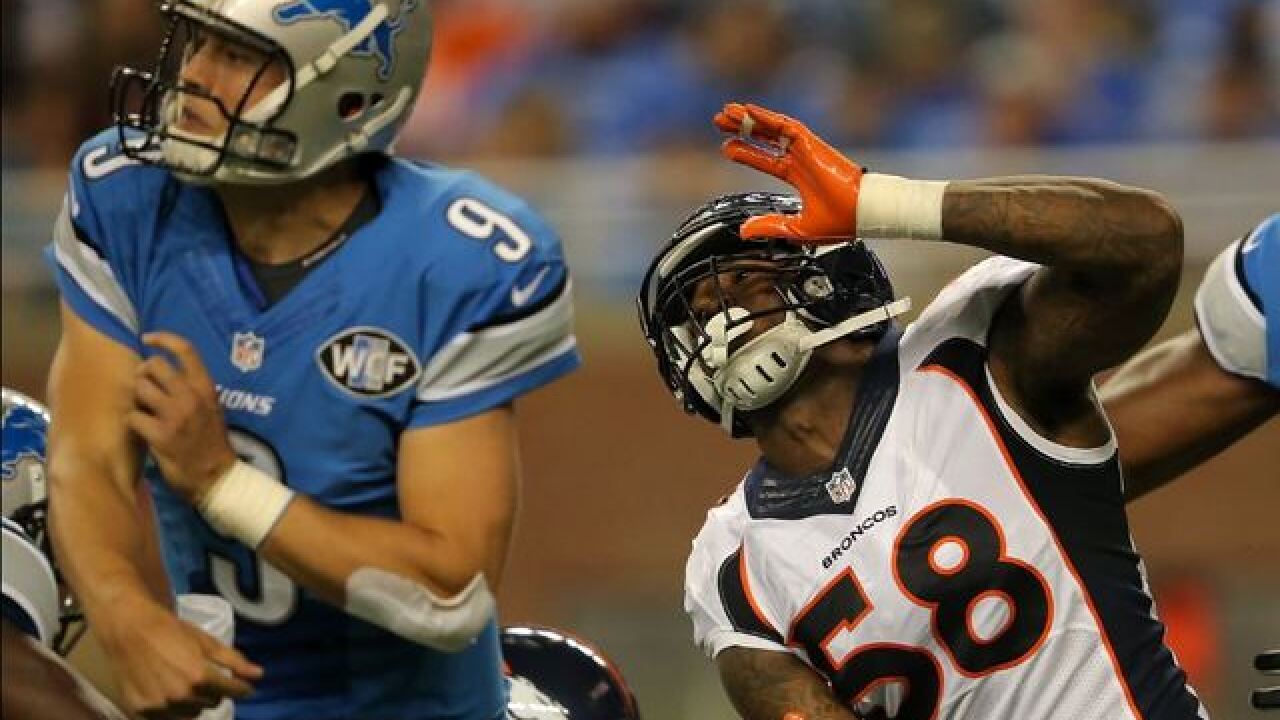 Von Miller opened a gift from the NFLPA, but there was one issue.

It wasn't for him.

Miller received a box of swag for being one of the NFL's top 50 marketable players. When he opened it, it had Matthew Stafford's name and Lions logos on it.

The NFLPA/Fanatics accidentally sent Von Miller a gift box that was supposed to go to Matthew Stafford.