Reports: Tigers finalizing a deal with A.J. Hinch to be team's next manager 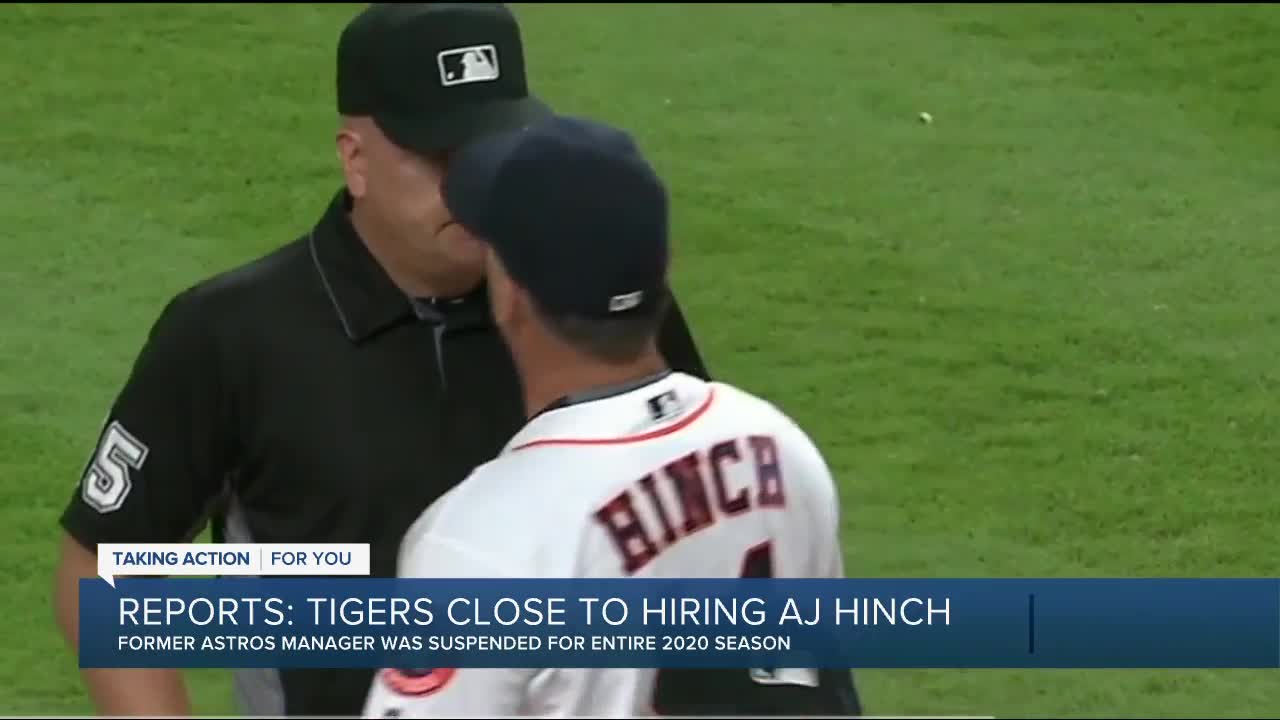 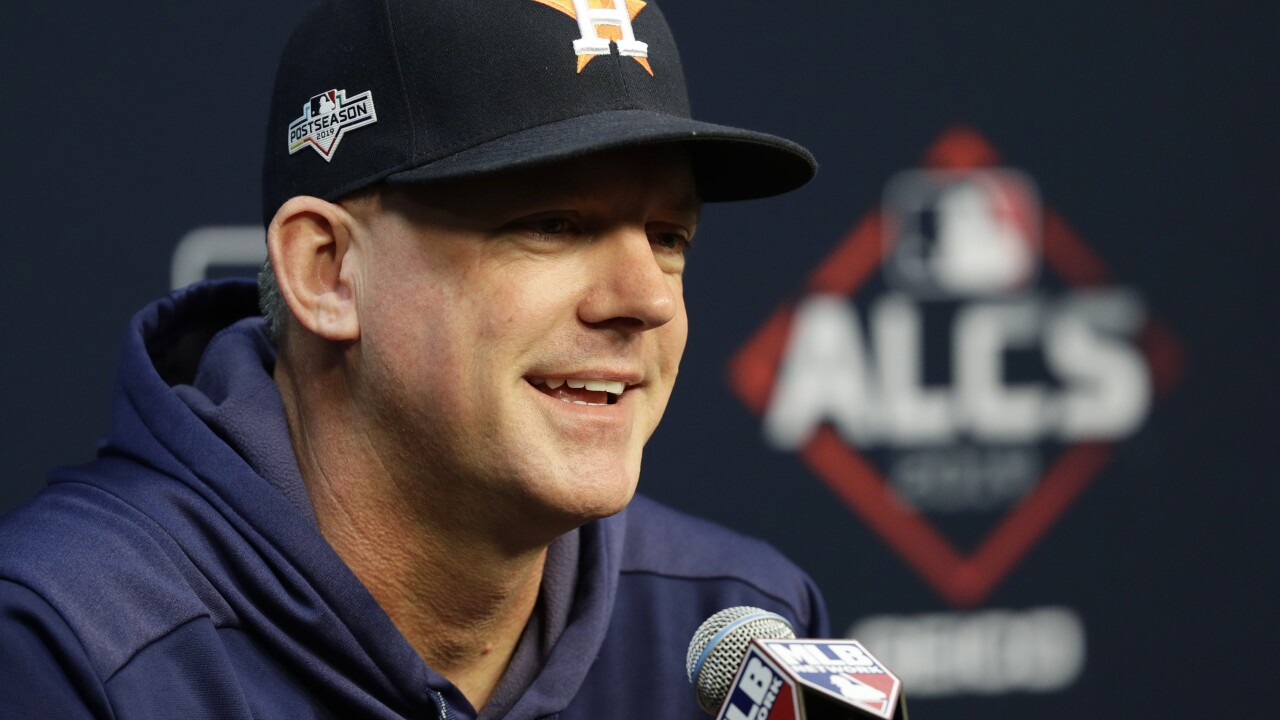 (WXYZ) — Former Houston Astros Manager A.J. Hinch is reportedly the favorite candidate to become the next manager of the Detroit Tigers.

In a tweet Thursday night, ESPN's Buster Olney said Hinch was the favorite after interviewing with the team.

In another tweet shortly after, Olney reported that the Tigers had made progress in finalizing a deal with Hinch, but no agreement had been completed.

The Tigers have made progress in finalizing a deal with A.J. Hinch to be their next manager, although the agreement is not yet completed.

Hinch was fired by the Astros along with GM Jeff Luhnow on Jan. 13 after the cheating scandal. He was also suspended by the MLB last season. Those suspensions ended when the World Series wrapped up.

If he's chosen, he will replace Ron Gardenhire, who abruptly retired on Sept. 19 over health concerns.

Earlier this month, GM Al Avila said that he wouldn't eliminate anyone as a managerial candidate, even with the cheating scandal.

“The cheating scandal is not a good thing, obviously," he said. "They’re serving their suspensions, and once their suspensions are over, then they’ll be free to pursue their careers. So we have not eliminated anybody from our list at this point.”

MLB.com's Jason Beck and MLB Network's Jon Morosi reported that Hinch interviewed for the job Thursday, adding he was the favorite.

Hinch managed the Astros for five seasons and won the World Series with the team in 2017. Houston also won the American League in 2019.