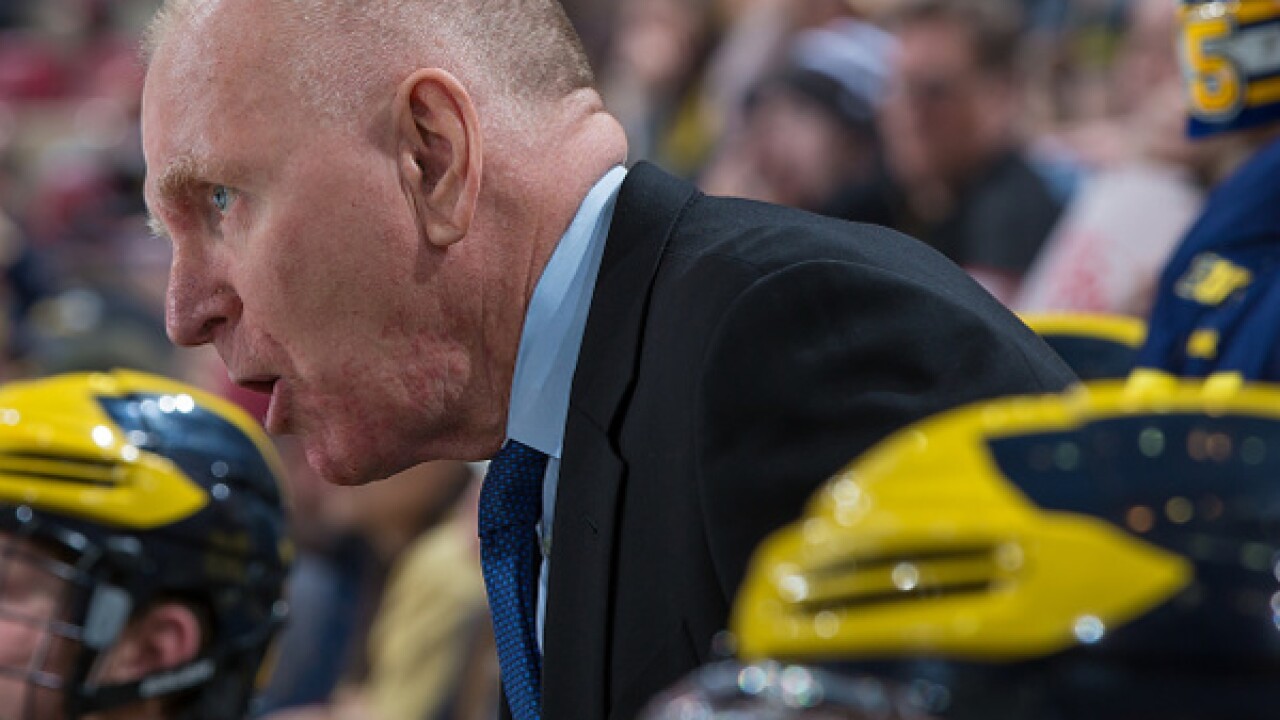 Copyright Getty Images
Dave Reginek
<p>DETROIT, MI - DECEMBER 30: Head coach Red Berenson of the Michigan Wolverines talks to his players on the bench against the Michigan Tech Huskies during the championship game of the Great Lakes Invitational Day Two hockey tournament at Joe Louis Arena on December 30, 2015 in Detroit, Michigan. The Wolverines defeated the Huskies 4-2. (Photo by Dave Reginek/Getty Images)</p>

Former Michigan Hockey Coach Red Berenson will be one of five inductees in the 2018 class of the U.S. Hockey Hall of Fame, the university announced Thursday afternoon.

The hall of fame was created to preserve the history of hockey in the United States and recognize players, coaches, administrators and officials.

Berenson coached the Wolverines for 33 years and led the team to an 848-426-92 record with two national championships in 1996 and 1998. He is regarded as one of the best college hockey coaches in history.

During his time, the Wolverines made the NCAA Tournament in 23 of 27 seasons with consecutive appearance from 1991-2012, the longest streak in college hockey. They also made the Frozen Four 11 times.

Berenson also played for the Wolverines, earning All-American and Michigan Most Valuable Player honors in 1961 and 1962, his junior and senior years. He still holds the Michigan record for 43 goals and nine hat tricks in his final season.

After, he played 17 years in the NHL with the Montreal Canadiens, New York Rangers, Detroit Red Wings and St. Louis Blues.

After his retirement, Berenson still works with the university as a special advisor for Athletic Director Warde Manuel.