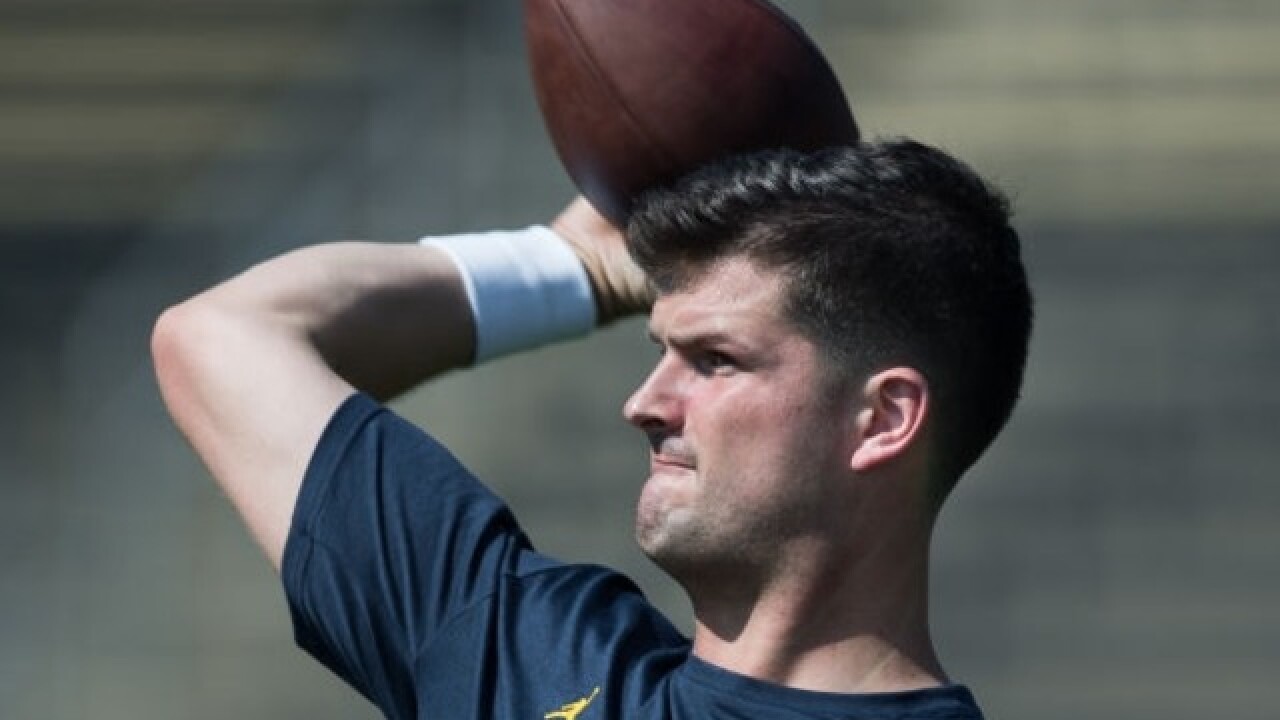 Kelly announced Thursday that Speight will get the start against Cincinnati at the Rose Bowl on Saturday.

The 23-year-old Speight transferred from Michigan to UCLA last winter after starting 16 games over three seasons with the Wolverines. The 6-foot-6 dropback passer led Michigan throughout an outstanding 2016 season that ended in the Orange Bowl, and he began last season as the Wolverines' starter before injuring his back in their fourth game.

After moving to the West Coast as a graduate transfer, he beat out returnee Devon Modster and touted freshman Dorian Thompson-Robinson for the Bruins' starting job in a competition that began in spring ball.