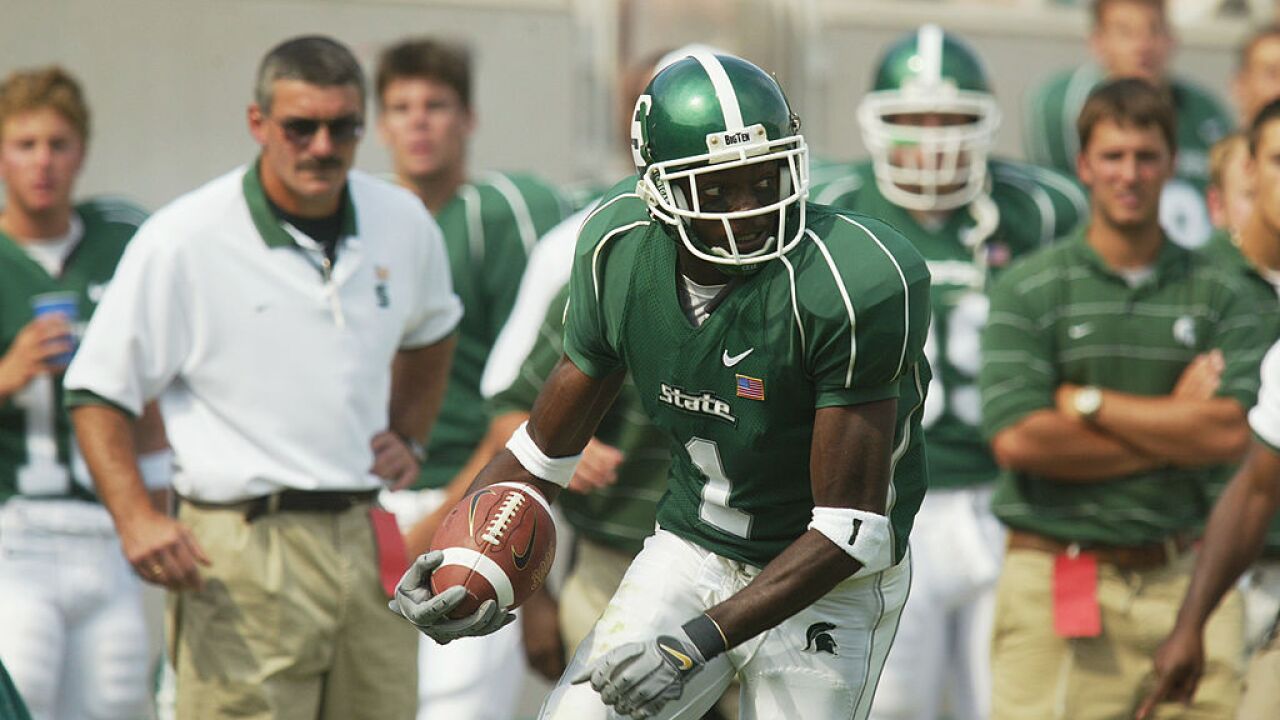 The Saginaw native was a standout receiver at Michigan State in 2001 and 2002. He has the record for most touchdowns in a career and also won the Fred Biletnikof Award for the nation's best wide receiver, and was a unanimous first-team All American. He had 2,821 yards and 27 touchdowns in just two seasons.

The Detroit Lions drafted him second overall in the 2003 NFL Draft, but only appeared in 15 total games for Detroit due to injuries and suspensions for violating the NFL's substance abuse policy.

In a statement, the Lions said: "We are deeply saddened to learn of the passing of Charles Rogers. From Saginaw, to East Lansing, to Detroit, Charles' connection to the state of Michigan and its football community was felt by many during the course of his lie. We extend our heartfelt sympathies and condolences to his friends and family during this difficult time."

“The Spartan football family is deeply saddened to learn the news of Charles Rogers passing away,” said Michigan State head football coach Mark Dantonio. “He was an incredible talent who set numerous records at Michigan State and won the Biletnikoff Award as the nation’s best wide receiver in 2002. I was here as an assistant coach during Charles’ first year on campus in 2000, and as a defense, we had to go against him in practice every day. He stopped by the football building a few years ago and was really excited and honored to see his All-America plaque and Biletnikoff Award on display in the lobby.

“Charles Rogers was a gifted young man,” said Spartan wide receivers coach Don Treadwell, who was also Rogers’ position coach at MSU. “He had the total package as a premier wide receiver with size, speed and range, topped with an awesome competitive spirit, yet he was humble off the field. It was a privilege to have coached him. He’s a great Spartan warrior who will be deeply missed.”

His teammate, Chris Baker, tweeted out condolences to Rogers' family.

Devastated to learn of the passing of my spartan brother Charles Rodgers. Spoke with his mom this morning. Please pray for her and his children. Please also be respectful of their privacy at this difficult time. Rip Chuck 💔

Other players tweeted out their condolences.

Former MSU defensive back Monquiz Wedlow posted this on Facebook about an hour ago regarding Charles Rogers, his former teammate. pic.twitter.com/UPGl9AjIww

Former MSU defensive back Monquiz Wedlow posted this on Facebook about an hour ago regarding Charles Rogers, his former teammate. pic.twitter.com/UPGl9AjIww

Some of my earliest memories of watching MSU football involved Charles Rogers. I remember being so excited to get my jersey signed by him as a kid. RIP Charles Rogers.