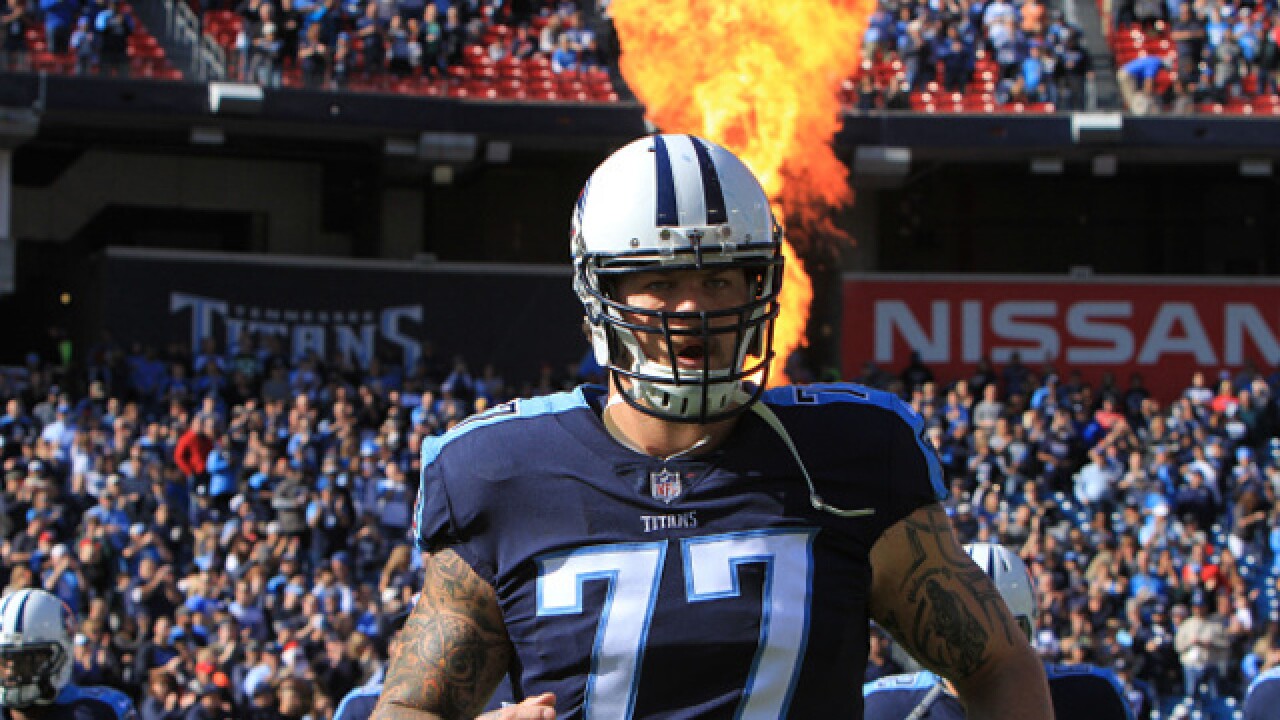 Titans general manager Jon Robinson said in a statement Tuesday just before the team started a three-day minicamp that Lewan’s representatives told the team he would not be attending.

“We have had several constructive conversations over the last 5-6 weeks about his contract status,” Robinson said in his statement. “He is currently under contract, and we are working to keep Taylor as part of this organization for a long time.”

Lewan, who turns 27 in July, is younger than Nate Solder who became the league’s highest-paid offensive lineman in March with a four-year, $62 million deal from the New York Giants. Lewan is under contract for 2018 after the Titans picked up his fifth-year option paying him $9.34 million this season.

The Titans drafted Lewan at No. 11 overall in 2014 out of Michigan, and he has started every game the past two seasons in being selected to consecutive Pro Bowls. He has started 53 of his 58 games played with the 6-foot-7, 309-pound Lewan a key piece in protecting quarterback Marcus Mariota.

Lewan had taken part in most of the team’s offseason program, and he also helped the Titans unveil their redesigned uniforms in April. But he wasn’t at a photo session Monday, and the Titans announced Lewan wouldn’t be at minicamp minutes before the first practice started Tuesday.

The left tackle told reporters May 30 that he was letting his agent handle negotiations for a new contract and that any talks with the Titans to that point were nothing worth talking about.

“But for me, if I don’t walk on the field and think I’m the best player in the NFL every time I step on the field, then I’m doing something wrong.”