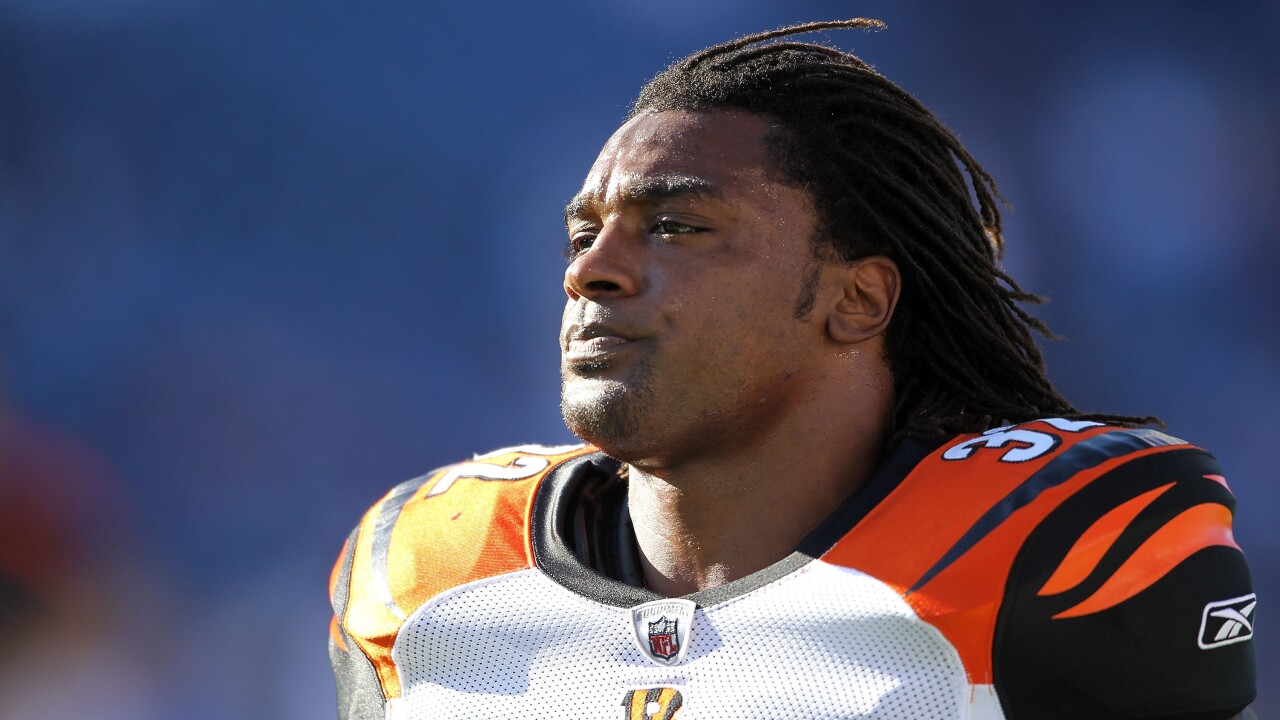 AUSTIN, Texas (AP) -- Former NFL running back Cedric Benson, one of the most prolific rushers in NCAA and University of Texas history, has died in a motorcycle accident in Texas. He was 36.

Benson's attorney, Sam Bassett, said Austin law enforcement told him that Benson was killed in the wreck Saturday night. He had no details about the accident.

Benson was a key player in the Longhorns' resurgence under coach Mack Brown, who said Sunday that Benson's death has left him grief-stricken.

"He was as good as you'll ever see as a football player and as tough as they come," said Brown, who recently returned to coach North Carolina following a long run at Texas. "But what I'll remember most is what a special, special person he was. We always enjoyed talking with him because he was such a bright and unique guy. There will never be another one like him, and he will be dearly missed by so many. It's just heartbreaking, but we feel very fortunate to have had him in our lives."

Benson was one of the top high school recruits out of the West Texas town of Midland. According to Texas Football magazine, he is eighth on the career rushing list for Texas high schools. He led Midland Lee to three straight state championships, the only three in school history, from 1998-2000.

Benson played at Texas from 2001-2004 and his 5,540 yards ranks second at the university and ninth in NCAA history. He scored 64 career touchdowns with the Longhorns and won the Doak Walker award, given to the nation's top running back, in 2004.

He was the only player in school history to rush for at least 1,000 yards in four seasons and was inducted into the university's Hall of Honor in 2014.

Benson was drafted No. 4 overall by the Bears in 2005 and helped Chicago reach the playoffs the following season. He had his finest years with Cincinnati from 2008-11, taking over as the featured back on a team that made the playoffs twice but lost in the first round each time.

He ran for a career-high 1,251 yards while leading a playoff push in 2009, the first of three straight 1,000-yard seasons. He also led the Bengals to the playoffs in 2011, when Andy Dalton and A.J. Green arrived as rookies.

Benson played one season with Green Bay, where he started the first five games in 2012 before suffering a season-ending Lisfranc fracture in Indianapolis on Oct. 17. He rushed for 248 yards and a touchdown on 71 carries, and caught 14 passes for 97 yards in five games with the Packers before the foot injury.

Benson finished his NFL career with 6,017 yards and 46 touchdowns.

"He was from Texas, and he showed his Texas toughness in leading us to a division championship in just his second season with us," Bengals owner Mike Brown said. "His three consecutive 1,000-yard seasons displayed the talent he possessed. Our organization is deeply saddened by his sudden and tragic passing."

Benson returned to Austin after his playing career and set up a foundation, NUFCED, to aid underprivileged children and families. Those efforts included helping repair damage at the home of the first victim killed in a series of bombings in Austin early 2018.