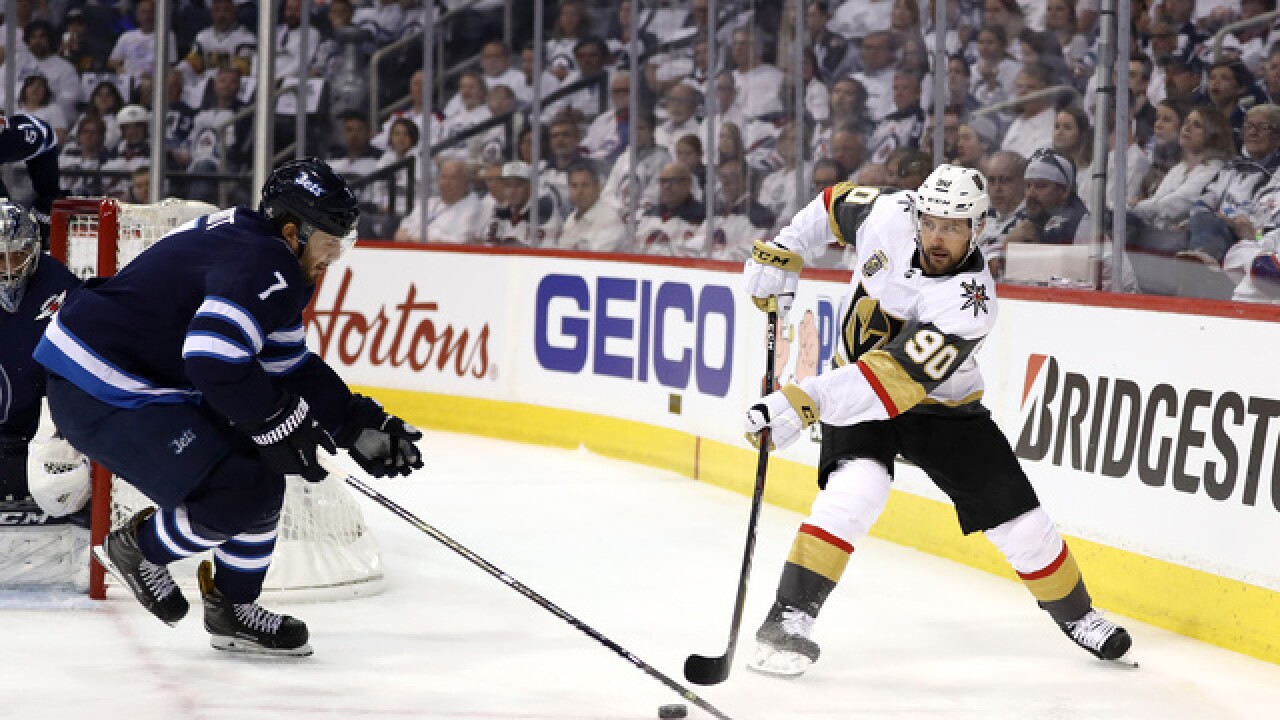 Copyright Getty Images
Elsa
<p>WINNIPEG, MB - MAY 14: Tomas Tatar #90 of the Vegas Golden Knights is defended by Ben Chiarot #7 of the Winnipeg Jets during the first period in Game Two of the Western Conference Finals during the 2018 NHL Stanley Cup Playoffs at Bell MTS Place on May 14, 2018 in Winnipeg, Canada. (Photo by Elsa/Getty Images)</p>

WASHINGTON (AP) -- The Vegas Golden Knights are making at least one lineup change for Game 4 of the Stanley Cup Final by plugging in offensive-minded winger Tomas Tatar.

Vegas has scored three goals against the Washington Capitals in the past two games and fallen behind 2-1 in a series for the first time in the playoffs. Coach Gerard Gallant says he hopes Tatar adds some offense and speed to a group that lacked both in a Game 3 loss Saturday.

Tatar has not played since Game 3 of the Western Conference final against Winnipeg. It looked like Tatar would replace struggling winger David Perron in Game 4, though Gallant on Monday refused to confirm that scratch and alluded to at least one other possible move.

The Golden Knights traded a 2018 first-, 2019 second- and 2021 third-round pick to Detroit for Tatar at the deadline. He has dressed in just six of 19 playoff games, scoring one goal.

Tatar did score the most goals against the Capitals this season: four in two games with the Red Wings, including an overtime winner.