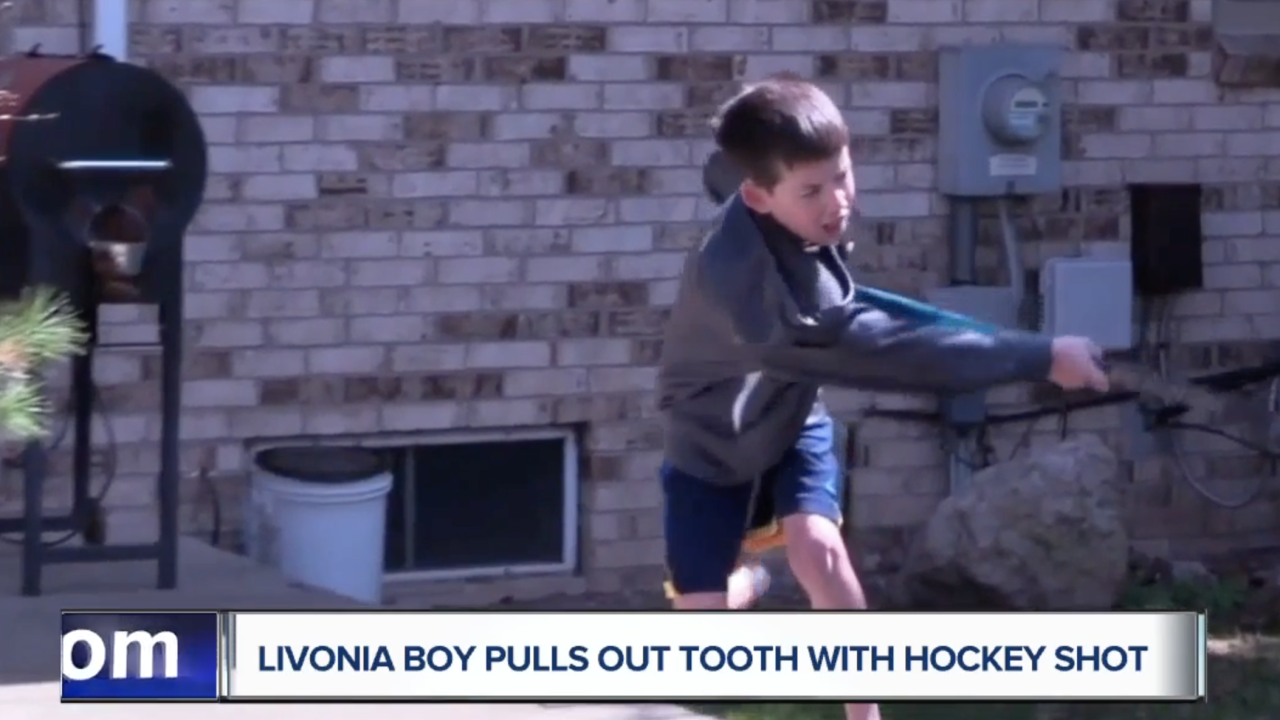 LIVONIA, Mich. — Owen McGlinch is a hockey player who lost a tooth. That's a familiar story, but he did it on purpose.

McGlinch and his parents tied a fishing line to a puck with a hole in it, and Owen did the rest.

"We slowed the video down when the tooth came out so you could see it," his mom, Lindsey, told WXYZ.

It only took one try to pull the tooth out.

"I don't think he would have done that twice!" she laughed on Monday.

McGlinch plays for Little Caesars and was featured on WXYZ almost two years ago when he scored his first hat trick in style, on his seventh birthday.

As Dave LewAllen said on Monday, it's likely the first of many teeth he'll lose playing the game he loves most.