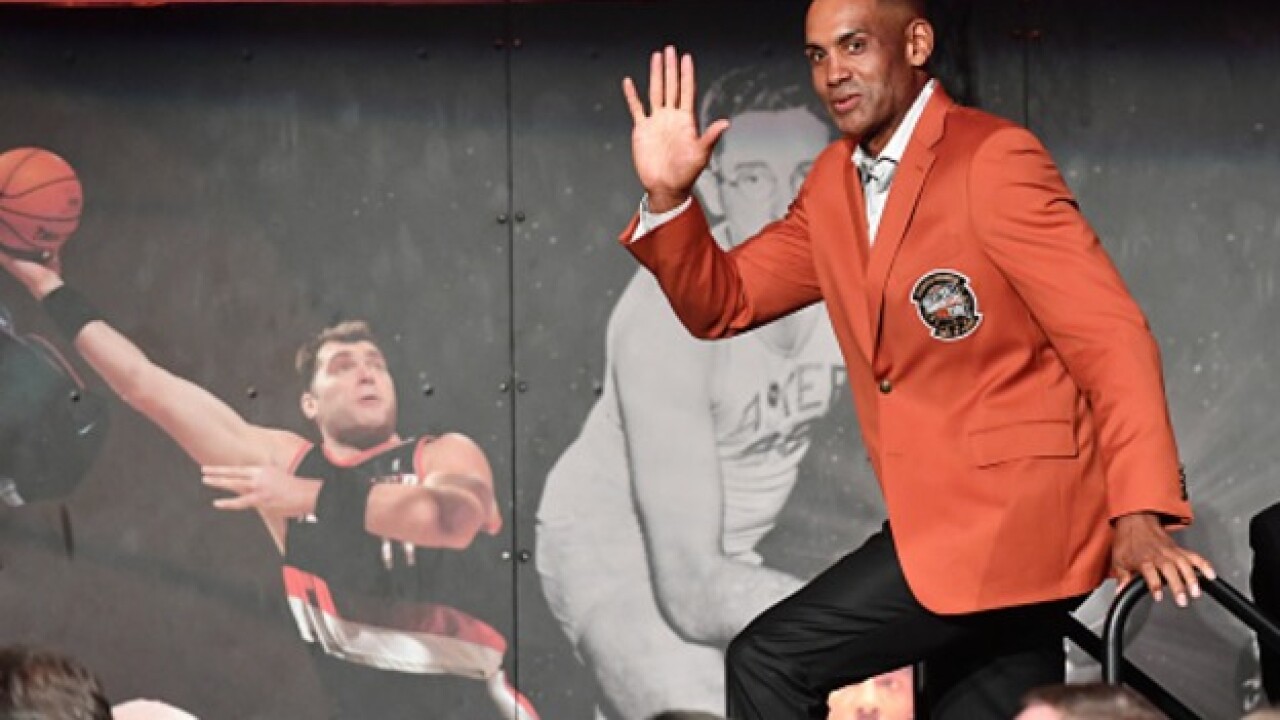 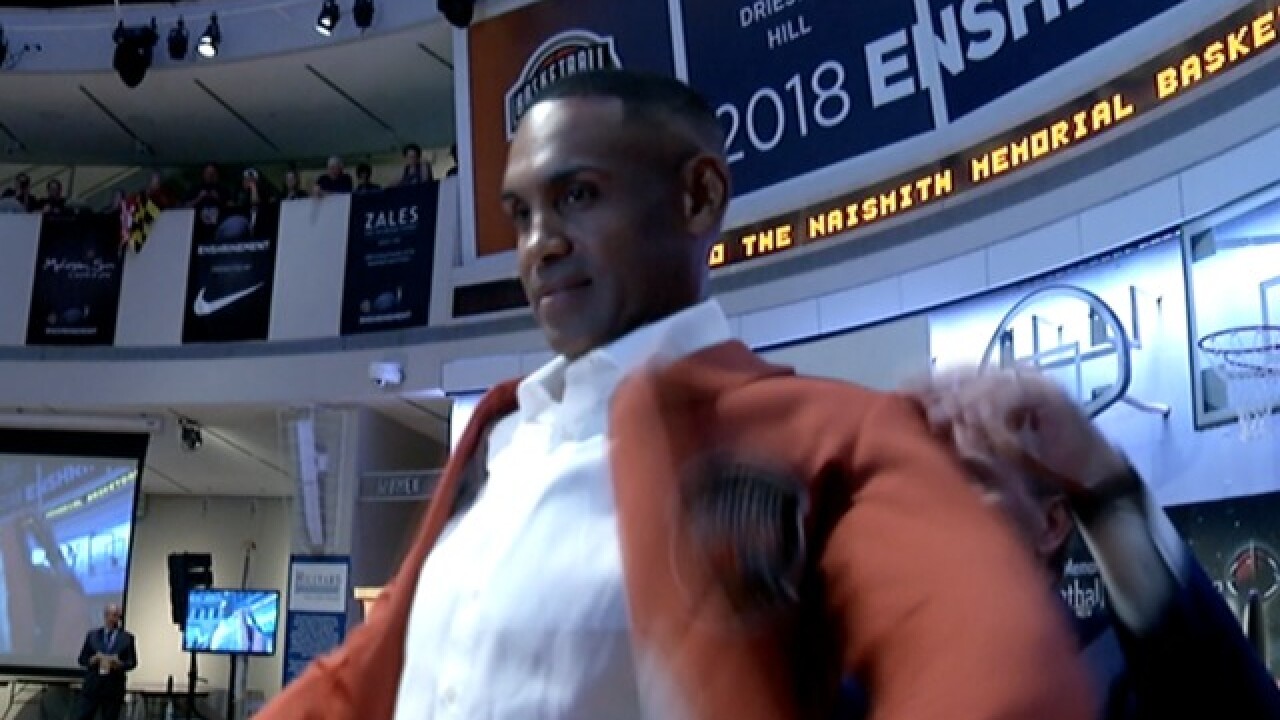 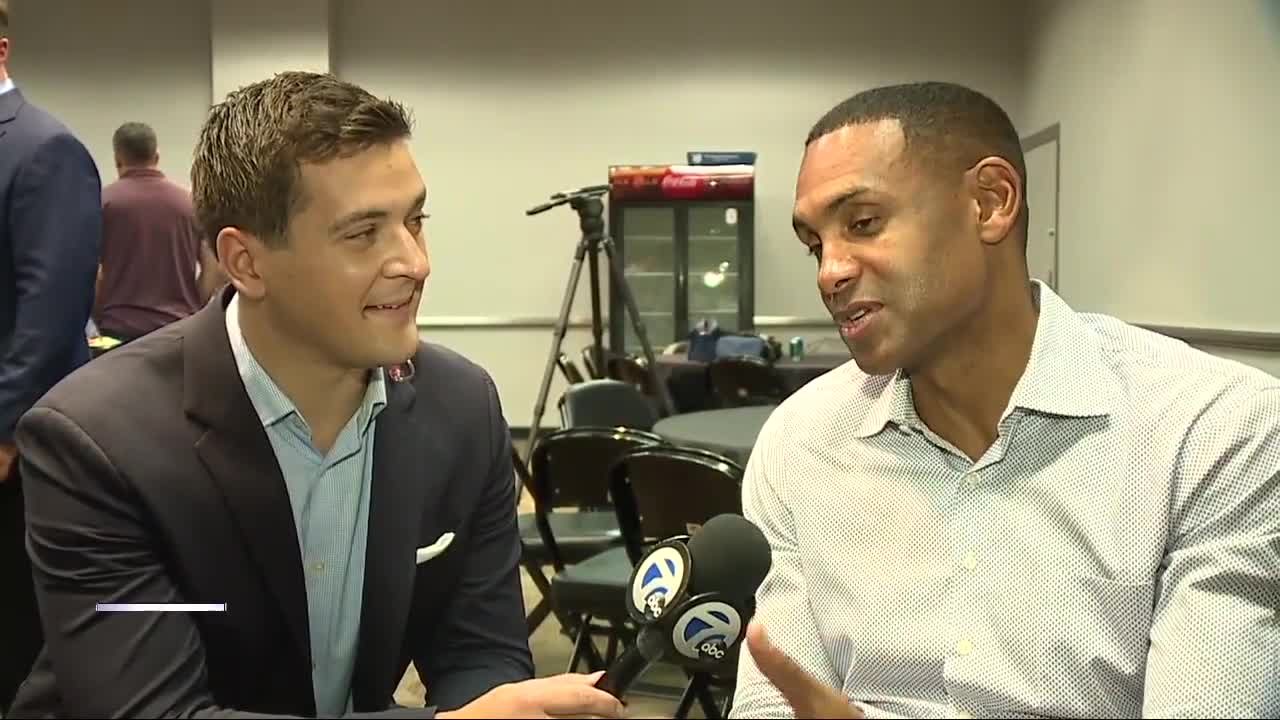 SPRINGFIELD, Mass. (AP) — Grant Hill thinks his Hall of Fame classmate Ray Allen is being undersold if he's only remembered as a 3-point shooter.

"I remember Milwaukee Ray," Hill said, recalling Allen's first stop in the league. "He was one of the greatest shooters of all time, but Ray would dunk on you. He would drive to the basket. I don't think of him as (just) a shooter."

A two-time NBA champion who predated — and set the stage for — the current proliferation of long-distance shooting, Allen will be inducted into the Naismith Memorial Basketball Hall of Fame on Friday night along with three of the league's best point guards and a half-dozen other stars from eras before the 3-pointer came to dominate the game.

Grant Hill is heading to the Hall of Fame. He says if it were up to him, he'd go in as a member of the Pistons.

Allen made 2,973 3-pointers in his career, three times leading the league in made 3s with numbers that wouldn't crack a recent top five. He broke Reggie Miller's all-time mark in 2011 with the Celtics and also was part of Boston's 2008 championship team.

"When I first got into the game, I was told not to shoot so many 3s because it was settling (for a shot)," Allen said on Thursday after the Hall of Fame Class of 2018 was presented with its honorary orange blazers.

"So I had to work on my mid-range game, and I attacked the basket quite a bit," he said. "I was more athletic when I was younger. I always want to make sure they don't forget that there is a post, there is a mid-range game. There's a hole right now."

"This is a dream team to me," Nash said. "As you look around and see the history of the game, it's incredible to be standing on this podium and it's beyond my wildest dreams."

Radja played four seasons for the Celtics but made his name in Croatia and the former Yugoslavia, winning an Olympic silver medal for each and three straight European League titles.

Nash played 19 years in the NBA, earning back-to-back MVP awards in 2005-06. He is third on the league's career assist list and holds the NBA record with a .904 career free throw percentage.

Kidd, who was unable to attend Thursday's jacket ceremony because of illness, is No. 2 on the NBA's all-time lists for steals and assists. A two-time Olympic gold medalist, he was also a 10-time all-star and a member of Dallas' 2011 championship team.

Hill won two NCAA titles at Duke, a gold medal at the 1996 Olympics and played 19 years in the NBA, where he was a three-time winner of the league's Sportsmanship Award.

Now an assistant with the Oklahoma City Thunder, Cheeks has been involved with the NBA since 1978, making four all-star teams and winning the 1983 championship with the Sixers. When he retired as a player, he was fifth in league history in both assists and steals.

Smith, the New York Liberty coach, is the all-time leading scorer in women's professional basketball history, scoring more than 7,000 points and winning four championships in the ABL and WNBA. Thompson won all four of her titles in the WNBA, where she was the first-ever draft pick; she also won two Olympic gold medals and titles in Russia, Romania and EuroLeague.

Scott, who was selected by the veterans committee, was the first African-American scholarship athlete at North Carolina, where he helped the Tar Heels to back-to-back Final Four appearances. He was the ABA rookie of the year in 1971 and averaged 34.6 points in his second year in the league; he then moved to the NBA and was a member of the Celtics' 1976 championship team.

Thorn joined the NBA in 1936 and has been involved in the league for more than 50 years. He coached Julius Erving to an ABA title in 1974 and was general manager of the Chicago Bulls when they selected Michael Jordan in '84. In 2015, he received the Hall's Bunn Lifetime Achievement Award.

Welts started as a ball boy for the Seattle SuperSonics and is now the president and COO of the Golden State Warriors. He is the league's first openly gay executive.

Washington won 11 straight Women's Colored Basketball Championships with the Germantown Hornets and Pittsburgh Tribunes; her teams only lost six games total over 18 years, all to men's teams. She was also a tennis champion, winning eight singles titles and 12 in doubles in the All Black American Tennis Association.

Driesell is the inventor of "Midnight Madness" and the only coach in NCAA history to win at least 100 games at four different schools. His 786 career Division I victories is ninth all-time. (He also received the NCAA Award of Valor in 1974 after saving children from a house fire.)

Peeking up at the rotunda where Hall of Famers are displayed, Driesell said: "I think everybody that's ever competed in the game of basketball has a dream of being up there with all those players and coaches."