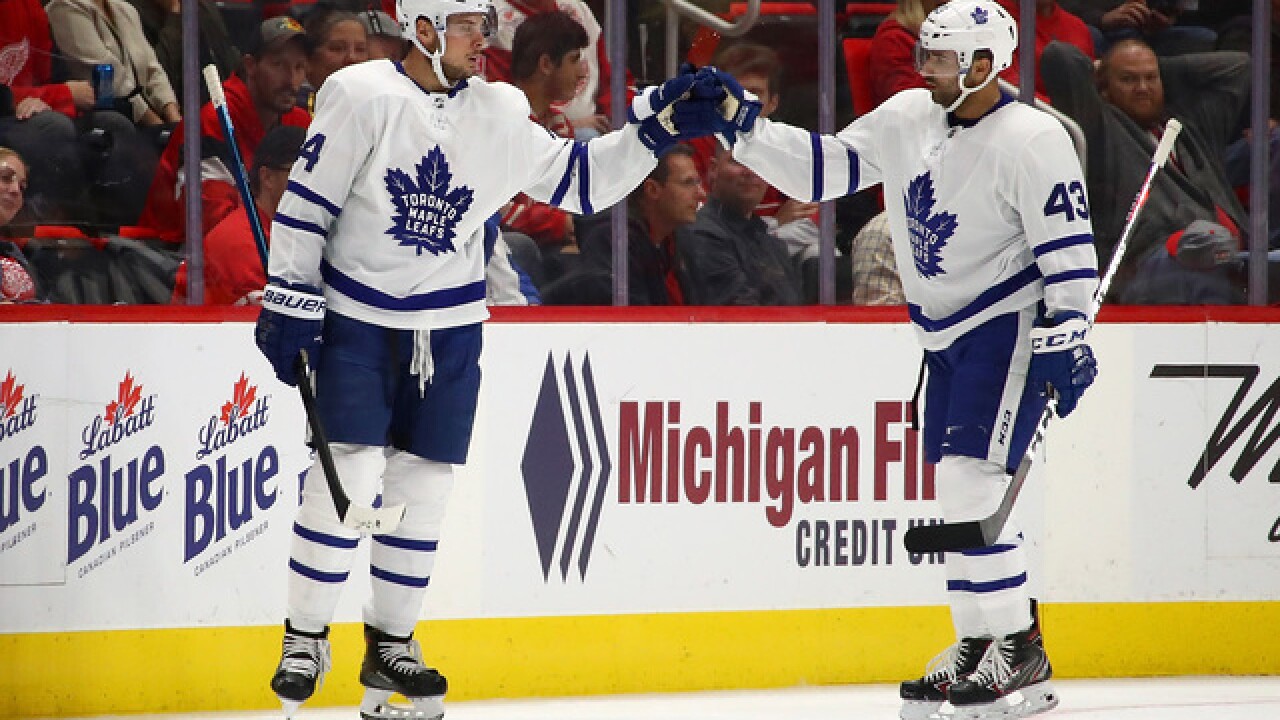 Morgan Rielly had a goal and an assist, giving him 12 points to surpass Bobby Orr's strong start during the 1973-74 season. Rielly trails only defenseman Harry Cameron, who had 15 points in the Toronto Arenas' first five games of the 1917-18 season.

Soon after Jensen's second goal, Matthews took advantage of a power play by scoring his second goal of the game.

Detroit pulled within a goal again when a review determined Dylan Larkin scored with 6:04 left in the game. The Red Wings pulled Jimmy Howard to add an extra skater, but Ron Hainsey scored an empty-net goal to seal the win.

Frederik Andersen made 26 saves and Mitch Marner had a goal for the Maple Leafs.

Howard had 30 stops for the rebuilding Red Wings, who have lost their first four games for the first time since the 1980.

NOTES: Matthews joined Sweeney Schriner (1944-45) and Corb Denneny (1921-22) in team history as the three players who scored in each of its first five games in a season. ... The Red Wings announced before the game they will retire Hall of Famer Red Kelly's No. 4 jersey on Feb. 1, 2019, when they host Toronto. Kelly played in Detroit from 1947-60 and for the Maple Leafs from 1960-67. Toronto retired his jersey two years ago. ... Jensen has scored three of the six goals in his career against Toronto. The defenseman did not score in 81 games last season and had four the previous season as a rookie.