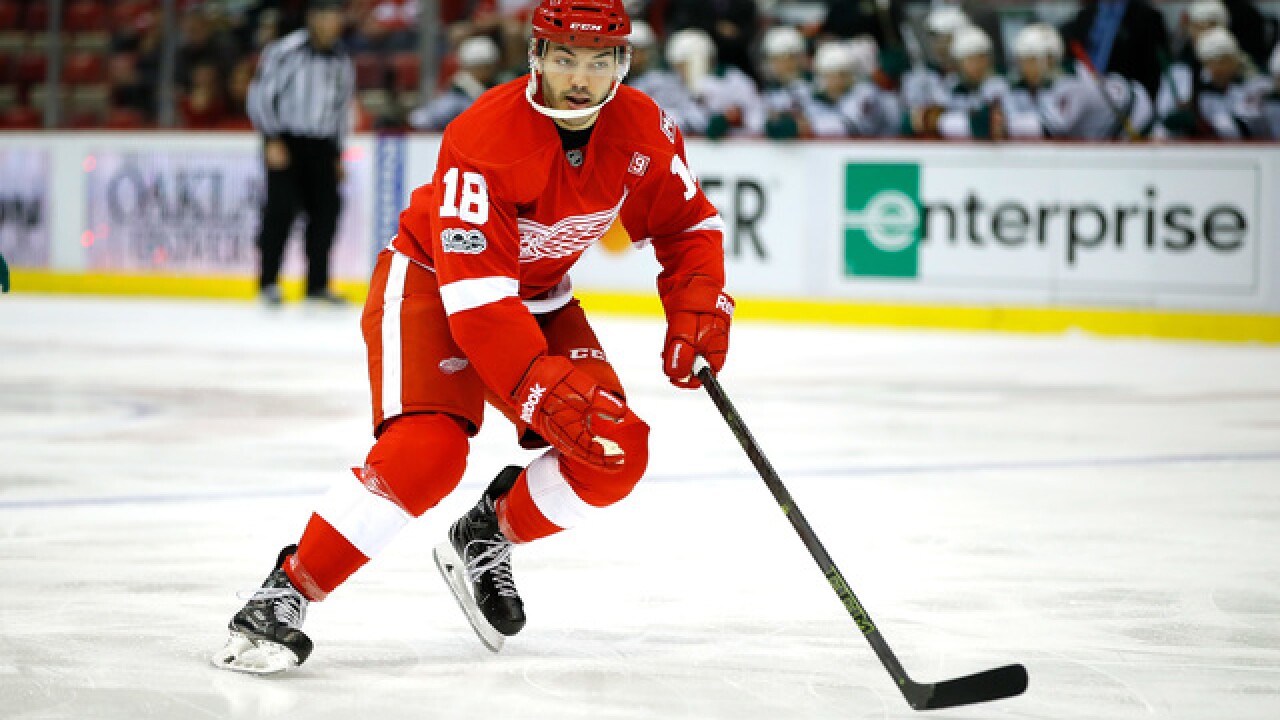 The 6-foot, 192-pound defenseman was drafted by the New York Islanders in the fourth round in 2011 and signed with the Red Wings as free agent in August 2015. He's from Westmont, Illinois.