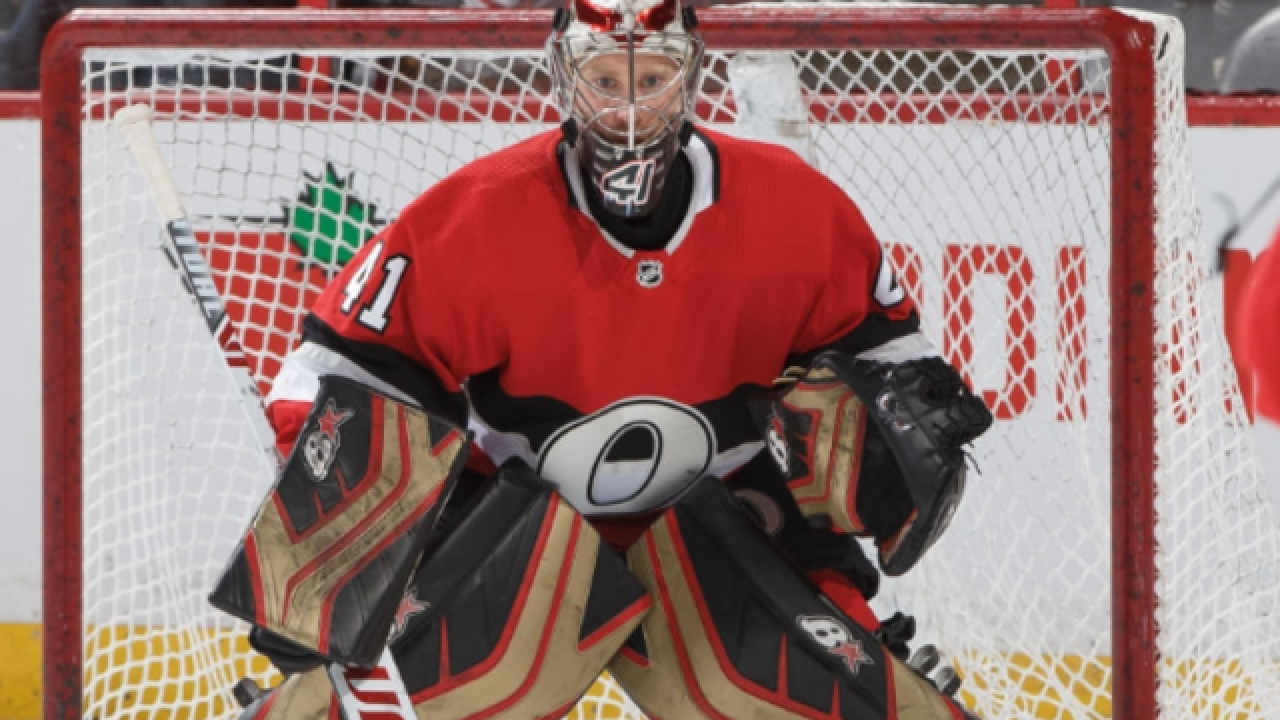 Copyright Getty Images
Andre Ringuette
<p>OTTAWA, ON - NOVEMBER 8: Craig Anderson #41 of the Ottawa Senators warms up prior to a game against the Vegas Golden Knights at Canadian Tire Centre on November 8, 2018 in Ottawa, Ontario, Canada. (Photo by Andre Ringuette/NHLI via Getty Images)</p>

Anderson stopped 34 shots in his NHL-leading 17th appearance of the season, allowing only Michael Rasmussen's goal. Cody Ceci also scored for the Senators.

Jimmy Howard made 34 saves for Detroit. The Red Wings had won four in a row.

Detroit had a chance to tie it midway through the third when Andreas Athanasiou was awarded a penalty shot after Ceci held him on a breakaway. Anderson read the play well and made a pad save.

Seven minutes later, Anderson came up big on another penalty shot after Rasmussen was pulled down by Chris Wideman. Anderson denied Rasmussen's attempt to go through the leg pads.

Detroit tied it at 1 at 3:55 of the second when Mike Green fired a shot from the blue line that Rasmussen tipped in front. Ottawa regained the lead at 7:05 of the period on a power play goal when Batherson jumped on a loose puck off the faceoff and beat Howard.

UP NEXT
Red Wings: At New Jersey on Saturday
Senators: Host Pittsburgh on Saturday night.