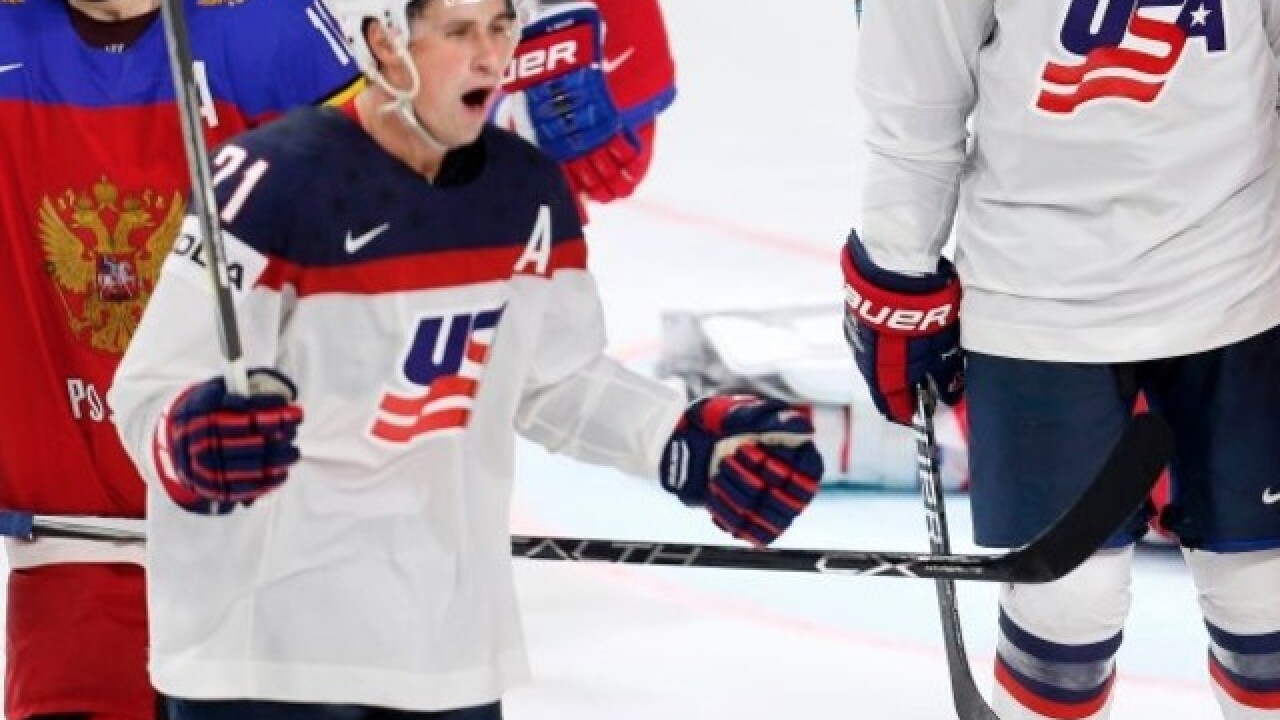 Dylan Larkin is an alternate captain for Team USA at this month's World Championships. He's playing under his head coach with the Red Wings, Jeff Blashill.

Larkin appeared on NHL Network on the eve of USA's opener in the tournament.

Below is a transcript from his interview.

On the importance of taking steps to improve his game and participate in the World Championships:
"To get to continue playing hockey and not having to be done, and gaining experience, it's a great tournament to do that. I have a lot of fun with the guys, but I want to win this thing. We've been close, we've had great teams, and come up short. We have another great team this year and we want to do well and bring home gold."

On his favorite memory from his previous three experiences in the World Championships:
"My first year, we won bronze. We came up a little bit short, but we finished on a good note. I just like coming over here and meeting different guys and hanging out with them, and continuing to play hockey."

On the competition of the World Championships vs. the perception it's just a fun getaway for players:
"It's really competitive. It's a fast game, it's big ice. It's not as physical as the Stanley Cup playoffs, but the speed and the skill is certainly right there. These teams are hard-working teams, and they've been training for a while, getting ready for this tournament. They're really structured and well-coached. They work hard and they're tough to play against. It makes for some fun hockey."

On Jeff Blashill:
"He's the same as me, just getting experience and wants to win really bad. We both had a bitter taste in our mouths about not making the playoffs, and we wanted to come over here and gain some experience and try to win this thing."

On the gameplan to try to slow down Team Canada:
"It's gonna be a good game. I like playing Canada first. It's an easy game to get up for, and get it out of the game. Gonna have to try to slow down Connor McDavid on the big ice. That won't be fun, but we'll find a way."

On being in Denmark, and soaking in the local atmosphere:
"We're in a small town, and it is beautiful. I haven't done much, but the practices. So far, we haven't spent much time here."