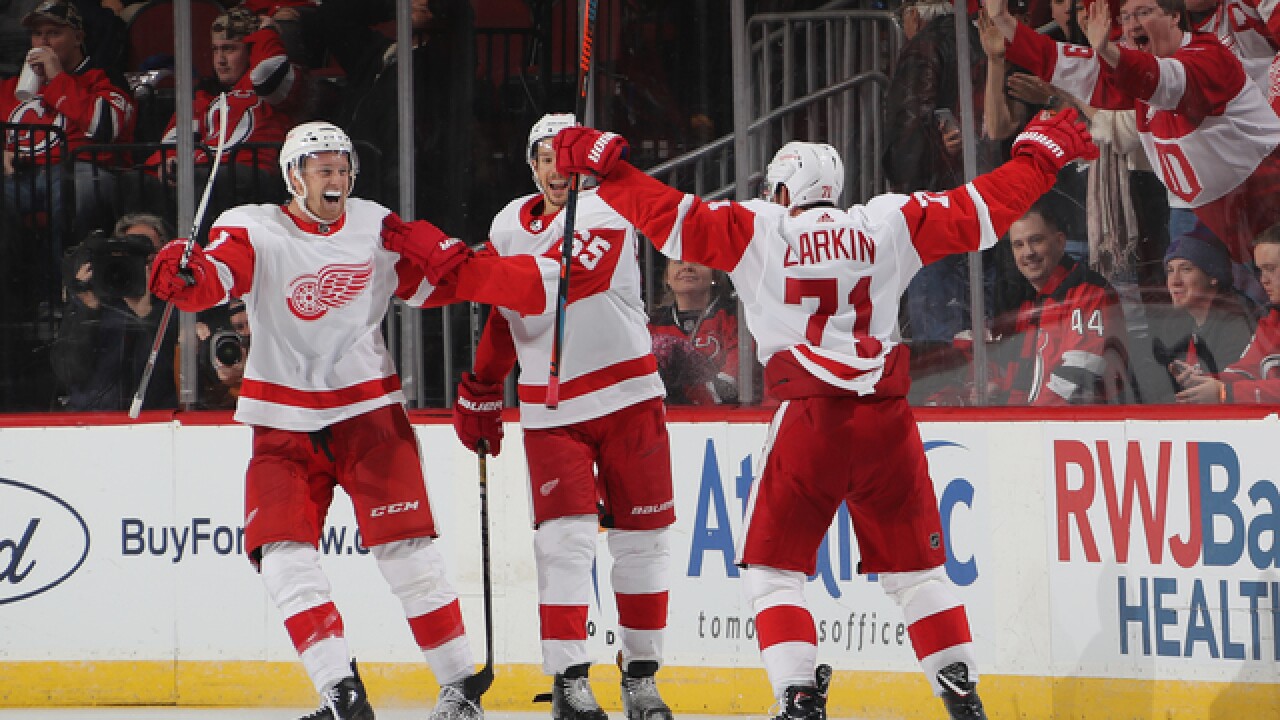 Larkin got his eighth goal of the season when he converted a 2-on-1 break with Anthony Mantha. It was Detroit's fifth victory in its last six games.

New Jersey had won two in a row. Pavel Zacha and Blake Coleman scored for the Devils, and Keith Kinkaid made 28 saves.