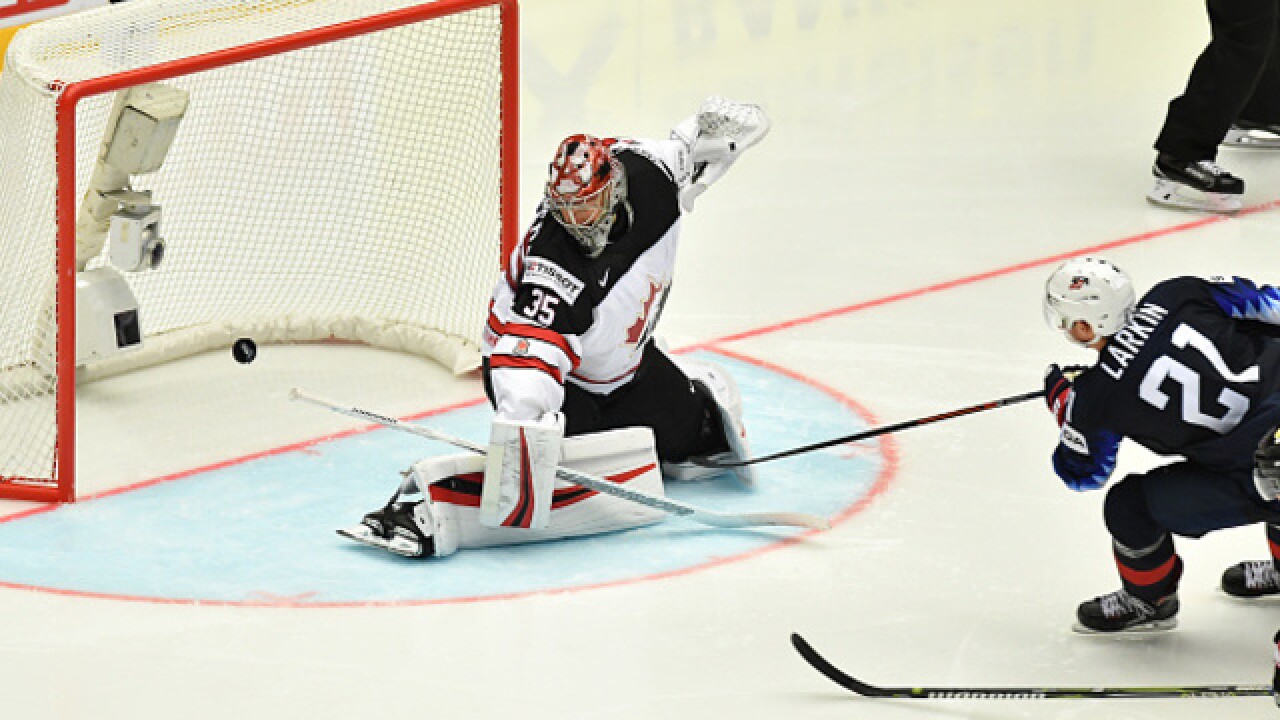 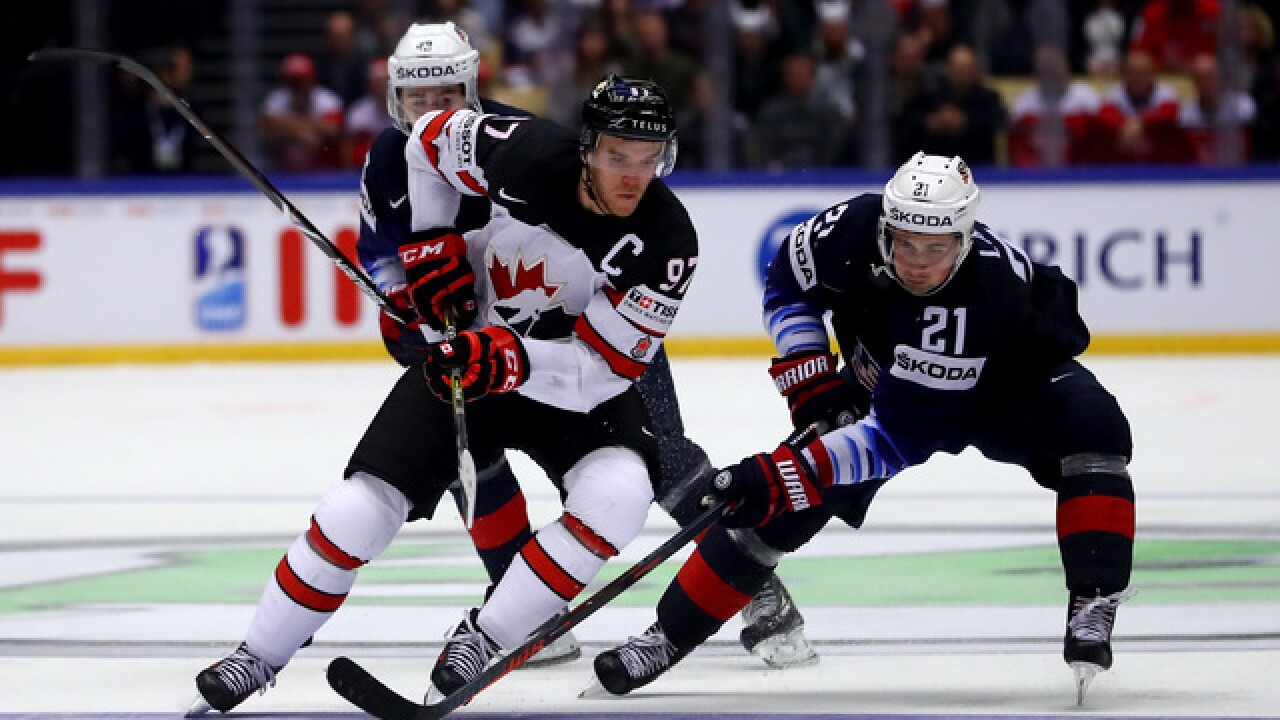 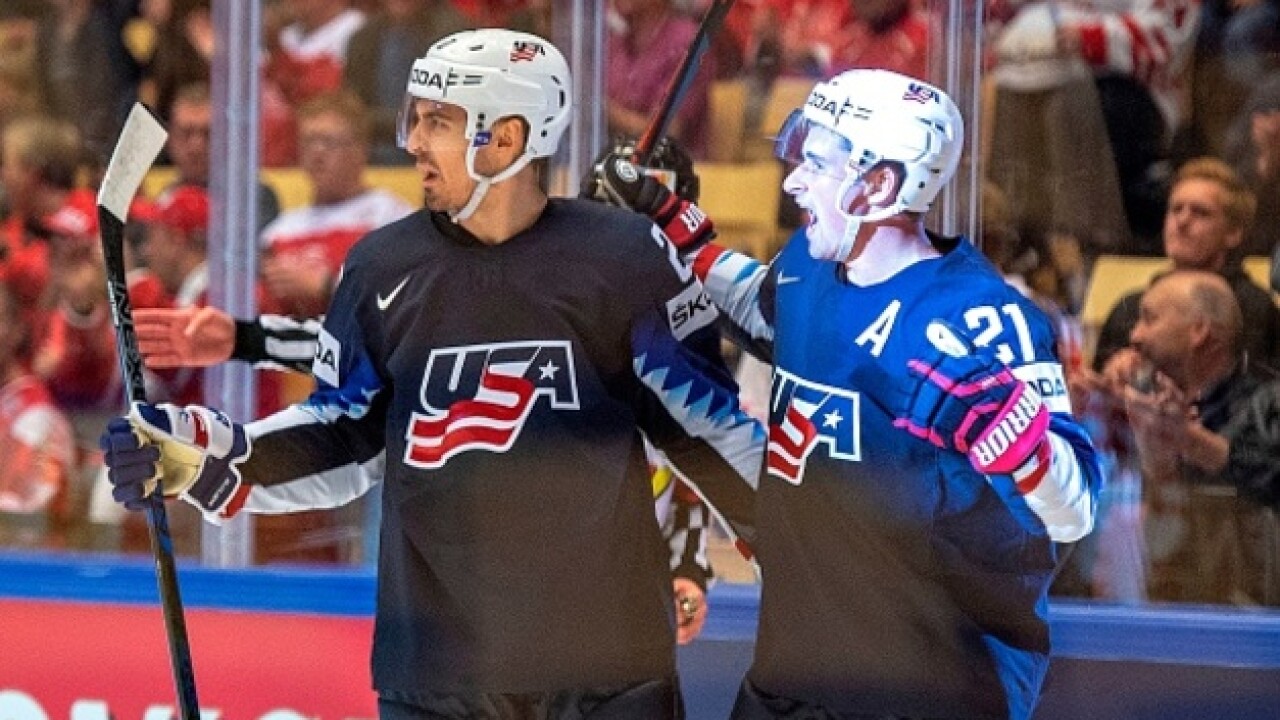 HERNING, Denmark (AP) -- Cam Atkinson scored the winner for the United States to prevail over Canada 5-4 after a penalty shootout in their opening game at the world ice hockey championship on Friday.

Dylan Larkin scored twice for the United States to hand Canada a bitter start to its quest for a third world title in four years.

"Hopefully, we'll get better as the tournament goes on," U.S. captain Patrick Kane, playing his first worlds in 10 years, said. "We can play better than that."

At 4-3 down, Canada captain Connor McDavid found defenseman Colton Parayko between the circles to equalize with 9:12 remaining in regulation.

In overtime, both teams wasted a power play, and the Group B game in Herning was decided in the shootout.

Ryan O'Reilly doubled the lead with 7:37 left in the period, then Andres Lee pulled one back for the U.S. with a wristed shot.

Larkin tied the score 43 seconds into the second, knocking in a backhand pass from Chris Kreider.

"We had a sloppy first period but Keith was unbelievable tonight," Larkin said. "We're gonna need him through the tournament to play like that."

"After the first, we settled in and it was nice to get tied up and to get a lead. And he did the rest," Larkin said.

Midway through the second, forward Johnny Gaudreau scored after Kane fed him a cross to put the U.S. 3-2 ahead.

Anthony Beauvillier answered for Canada on a rebound.

Larkin added his second 3:27 into the final period for the 4-3 lead.

In Copenhagen, Kirill Kaprizov, Pavel Buchnevich and Evgenii Dadonov struck goals midway through the opening period to put Russia in command of their Group A game. Kaprizov added his second in the middle period.