Erik Karlsson went on a golf trip with a bunch of Red Wings: does it mean anything? 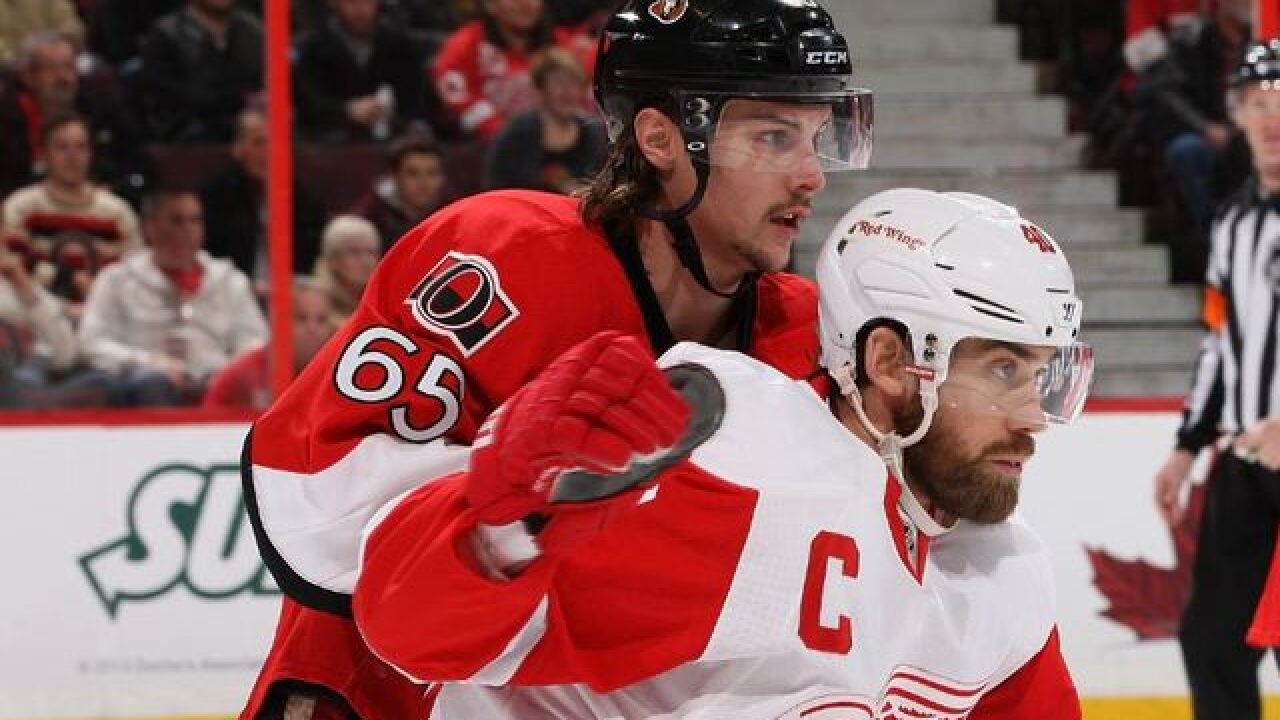 A bunch of Red Wings went on a golf trip and people on social media noticed one particular face in the group.

Senators defenseman Erik Karlsson was in the front row of a photo posted on Twitter by former NHL defenseman Ryan Whitney.

Henrik Zetterberg annually helps lead a golf trip across the Atlantic with teammates current and old, including fellow Swedes from international play. Karlsson's attendance peaked interest of hockey fans because the Senators star is set to become a free agent next summer.

The Red Wings are in the middle of a rebuild, but will have some cap space opening up when Karlsson would hit the open market.

For one, the group of current Red Wings he golfed with may entirely be labeled as 'former Red Wings.' Gustav Nyquist, Niklas Kronwall, and Jimmy Howard all become free agents after the 2018-19 season. Zetterberg's back may force him into retirement, with Ken Holland recently saying he's not sure what the captain will do.

Second, Karlsson will likely demand top-dollar if he becomes a free agent. He's the kind of big fish Holland used to salivate over - and consistently land when there was no salary cap. In this era, the Red Wings haven't had success nabbing big-time free agents. Ryan Suter and Zach Parise infamously left Detroit in the dust, and so instead, Holland has been handing out long extensions to homegrown players. Would he give Karlsson a long-term, fat payday? He's an all-world player, so the answer would seemingly be yes, and the rebuild philosophy would get a considerable jumpstart.

Oh, but then there's this: Karlsson may very well want to go to a contender. And if his Swedish pals aren't in Detroit, all of this may be wishful thinking about a single photo.