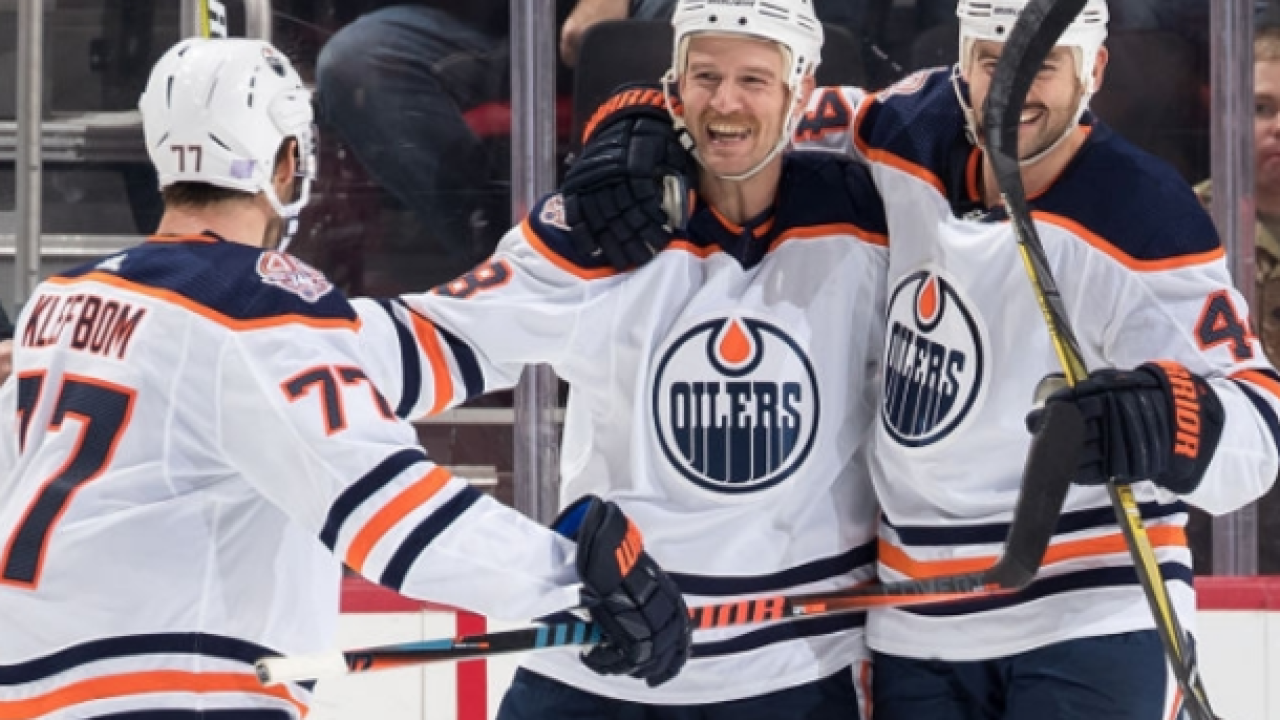 Drake Caggiula and Alex Chiasson also scored for Edmonton, which has won five of its last six. McDavid and Jujhar Khaira had two assists each and Mikko Koskinen made 23 saves.

McDavid has five goals and five assists during his run.

Bertuzzi scored with 1:26 left with Bernier pulled for the extra attacker to make it 4-3. Bertuzzi swatted in a puck from out of the air in front for his fith goal.

DeKeyser brought the Red Wings to within 3-2 with 36 seconds left in the second period. His shot from the left point bounced off the end boards and went in off of the back of Koskinen's skate. It was the first goal of the year for DeKeyser, who returned after missing eight games with a hand injury.

Brodziak's second goal, 8:57 into the third period, restored Edmonton's two-goal lead. He beat Bernier from below the bottom of the right circle after carrying it through the circle.

Chiasson gave the Oilers a 2-1 lead, 1:15 into the second period. He scored on a one-time shot from the left circle, off a cross-ice pass from McDavid. The goal came with Edmonton playing 6-on-5, as a penalty was being called on Detroit and was Chiasson's sixth.

Brodziak made it 3-1 with 5:31 left in the second on a one-time shot from the slot for his first.  The play was created when rookie Red Wings defenseman Dennis Cholowski turned the puck over behind the Detroit net.

Caggiula opened the scoring just 12 seconds into the game on a shot from the bottom of the right circle. He took a pass from McDavid, who was behind the net and had outmaneuvered Detroit's Dylan Larkin for the puck on a dump in. It was Caggiula's fifth goal and third in two games.

De la Rose tied it for the Red Wings with 5:08 left in the first period. He put in a one-timer from the bottom of the left circle. It was de la Rose's first goal of the season and his first for Detroit.

UP NEXT
Oilers: At Washington on Monday night.
Red Wings: Host Vancouver on Tuesday night.