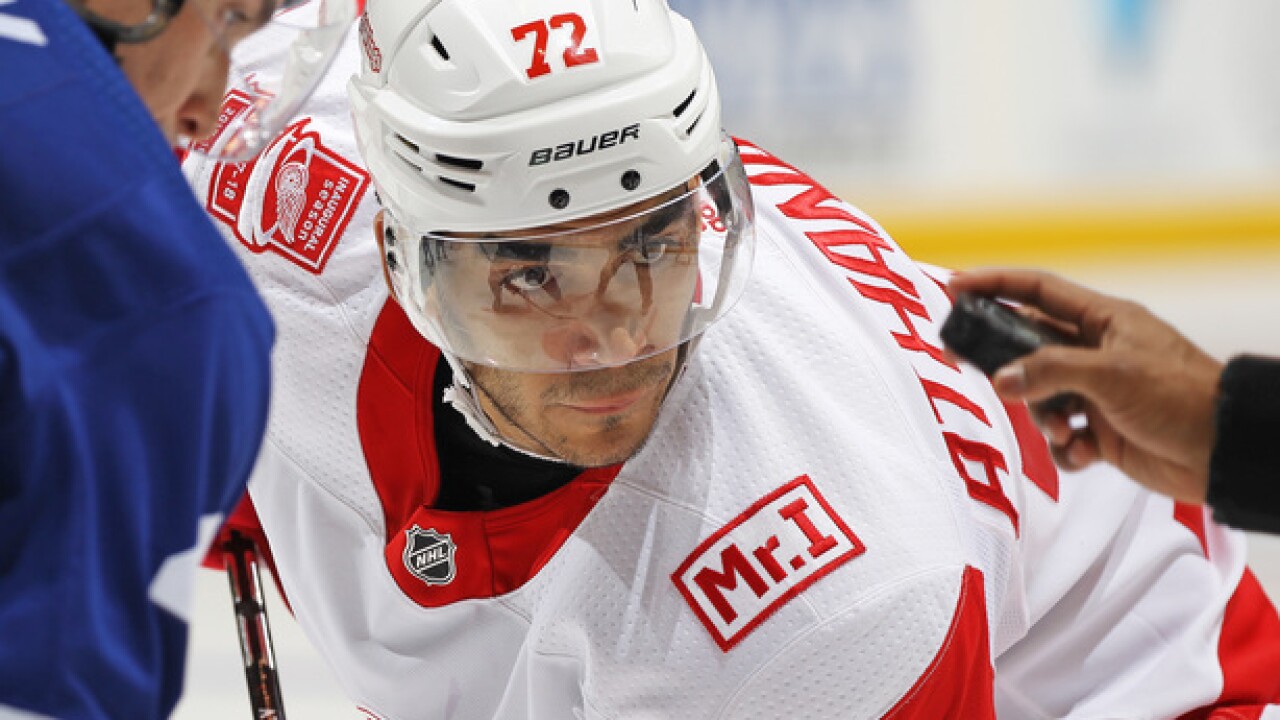 Copyright Getty Images
Claus Andersen
<p>TORONTO, ON - MARCH 24: Andreas Athanasiou #72 of the Detroit Red Wings waits for a puck to drop against the Toronto Maple Leafs during an NHL game at the Air Canada Centre on March 24, 2018 in Toronto, Ontario, Canada. The Maple Leafs defeated the Red Wings 4-3. (Photo by Claus Andersen/Getty Images)</p>

(WXYZ) -- The Detroit Red Wings and forward Andreas Athanasiou have agreed to a two-year contract extension, the team announced Thursday.

By getting a deal done on Thursday, the two sides avoid salary arbitration .

Andreas Athanasiou in process of signing a 2-year contract extension with the Red Wings, according to sources.