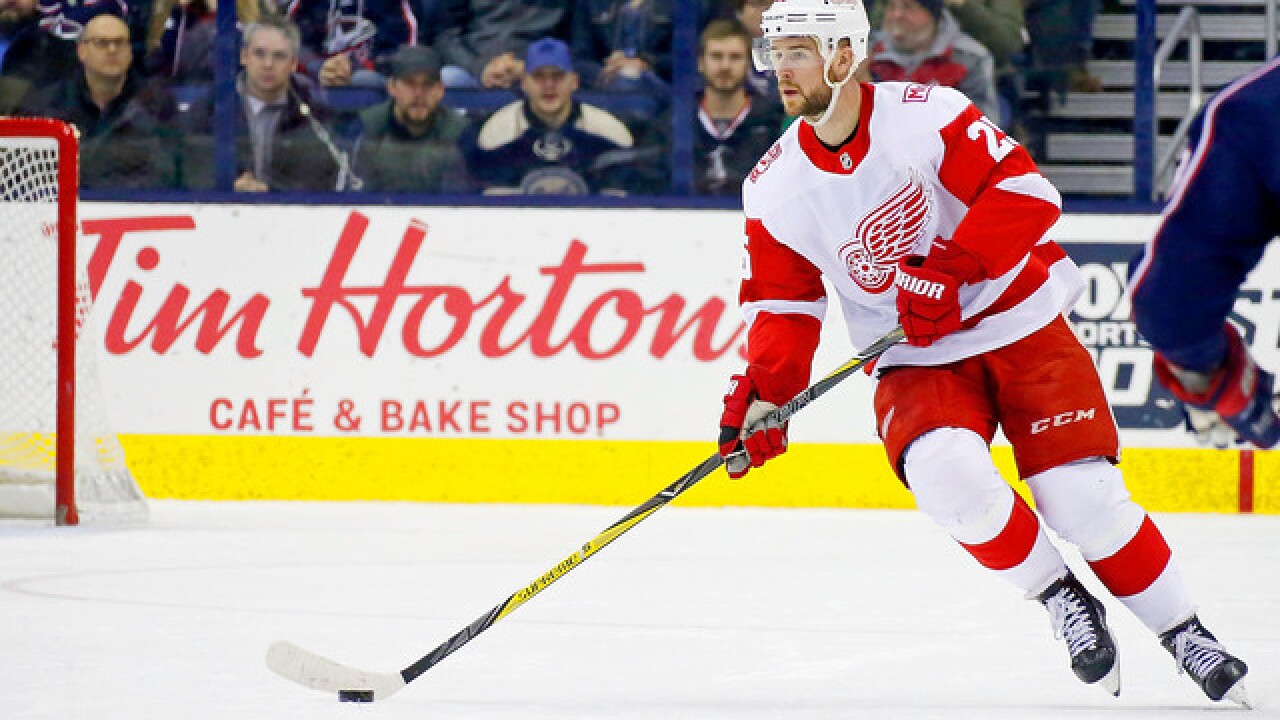 Green has been dealing with a virus. The Red Wings open the season Thursday night against Columbus.