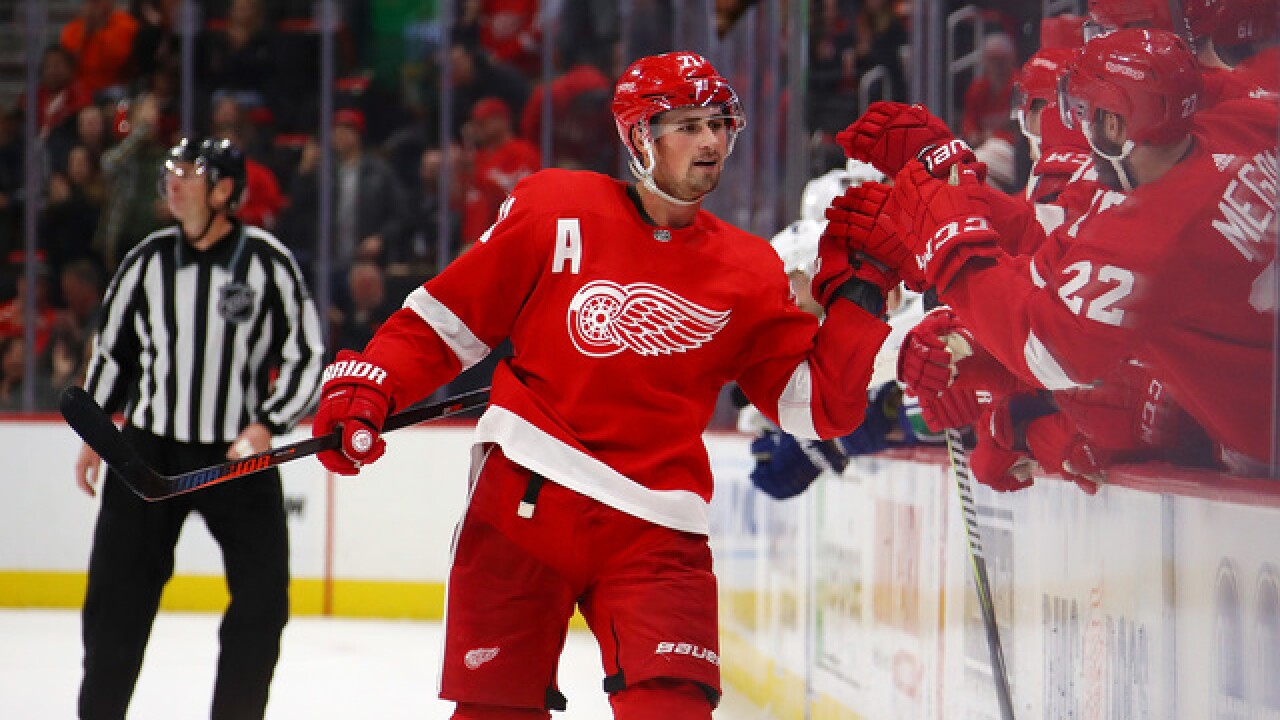 DETROIT (AP) -- Dylan Larkin scored with 5.1 seconds remaining in overtime, capping an impressive late comeback by the Detroit Red Wings in a 3-2 victory over the New York Rangers on Friday night.

Andreas Athanasiou, who had tied the game with 2:02 remaining in the third period, backhanded a pass to Larkin, who redirected the puck past Henrik Lundqvist for his seventh goal of the season. The Rangers led 2-0 after two periods but had their four-game winning streak snapped.

Detroit has won five of six after winning just one of its first 10 games.

Kevin Shattenkirk and Neal Pionk scored 40 seconds apart during an extended New York power play late in the second period, but Justin Abdelkader began the Detroit rally with a goal early in the third.

Lundqvist remained a win behind Hall of Famer Jacques Plante for seventh place on the career list.

The Rangers scored twice while Detroit's Jacob de la Rose was serving a double-minor for high-sticking. Shattenkirk beat goalie Jimmy Howard with a wrist shot from the top of the left circle. Then, with de la Rose still in the box, Pionk's perimeter shot appeared to deflect off a Detroit player on its way in.

Lundqvist's bid for his first shutout in nearly a year ended with 18:14 left in the third. Gustav Nyquist took the puck from Rangers defenseman Brendan Smith and fed Abdelkader on the doorstep for an easy goal.

Athanasiou, back after missing four games with a lower-body injury, tied it toward the end of the third when he sped in from the left wing and backhanded the puck past Lundqvist.

NOTES: Mats Zuccarello (groin strain) missed the game for New York. ... De la Rose left with an upper-body injury. ... With Brett Howden, Lias Andersson and Filip Chytil, the Rangers had three forwards age 20 or younger in the same regular-season game for the first time since Oct. 13, 1990, when Tie Domi, Troy Mallette and Steven Rice played at Washington. ... It was the 12th time in the last 13 games between Detroit and New York that the game was decided by one goal.