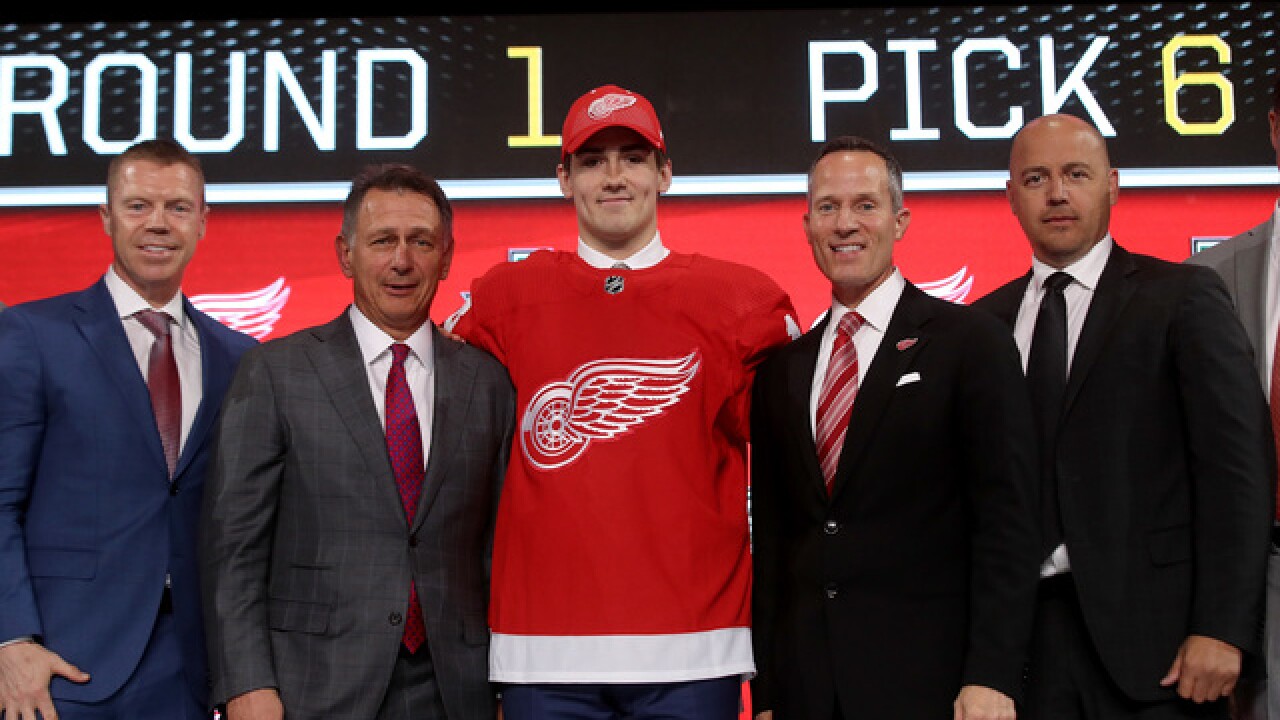 Copyright Getty Images
Bruce Bennett
<p>DALLAS, TX - JUNE 22: Filip Zadina poses after being selected sixth overall by the Detroit Red Wings during the first round of the 2018 NHL Draft at American Airlines Center on June 22, 2018 in Dallas, Texas. (Photo by Bruce Bennett/Getty Images)</p>

DALLAS (AP) -- Swedish defenseman Rasmus Dahlin went first overall to the Buffalo Sabres and Russian winger Andrei Svechnikov second to the Carolina Hurricanes in the two most predictable developments of an NHL draft that also featured some curveballs.

The selections after Dahlin and Svechnikov brought some surprises. Montreal took Finnish center Jesperi Kotkaniemi fourth and Arizona went a bit off the board with center Barrett Hayton fifth, allowing high-scoring Czech winger Filip Zadina to fall to Detroit with the sixth pick.

The Red Wings pick Filip Zadina with the No. 6 overall pick. Dynamite winger who slid when Montreal and Arizona took centers projected to go lower. pic.twitter.com/waAyaE2LUN

Red Wings general manager Ken Holland said before the draft that they were going to take the player they thought would be the best down the road. Holland figured Zadina can be a 30-goal scorer in the NHL.

"We're trying to build," Holland said. "We're looking to acquire as much talent as we can as quickly as possible."