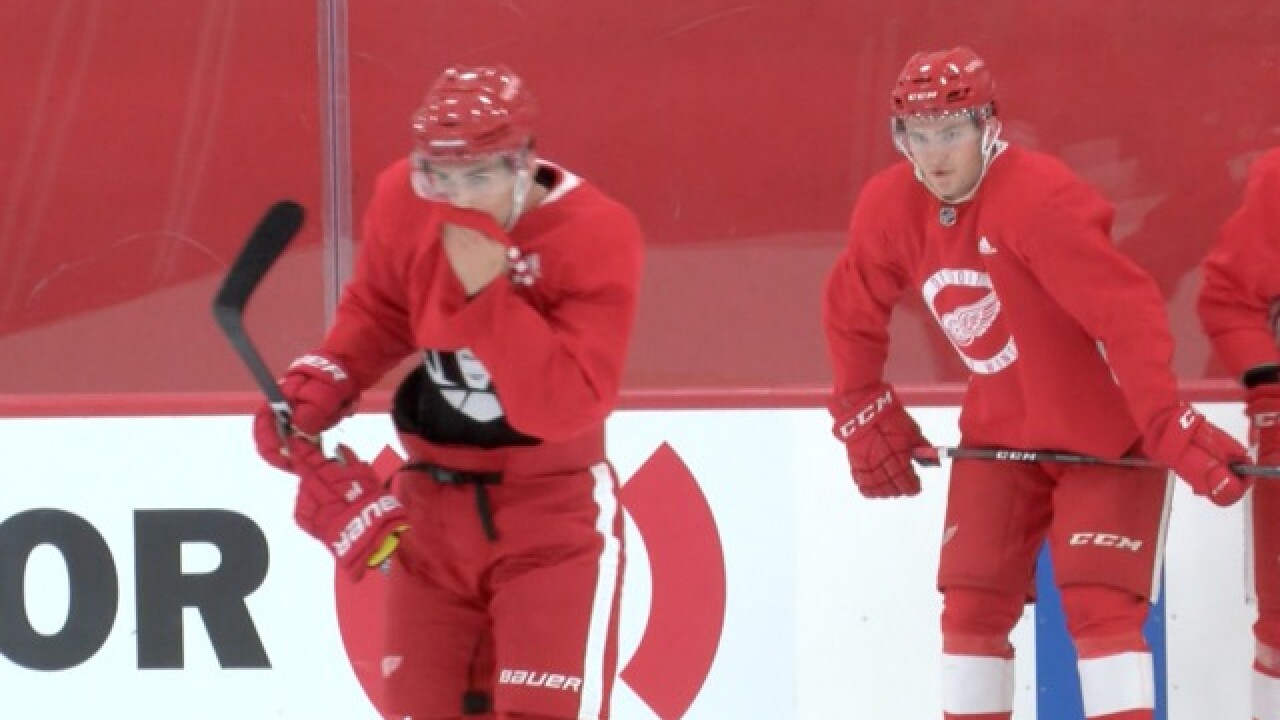 The Red Wings opened up the doors to Little Caesars Arena's practice rink on Wednesday, giving fans a glimpse into the future at their development camp.

People in attendance got more than they expected. They got a look at the team's immediate future.

Filip Zadina and Michael Rasmussen, first round picks in the last two drafts, skated together on the same line in a nearly every drill in the morning session.

"He can make myself look way better," Zadina said of Rasmussen.

Zadina landed with the Red Wings in the 2018 NHL Draft after Montreal and Arizona both took centers ranked below the Czech winger. His shot and scoring abilities give him a real shot to make Detroit's opening night roster.

"When I saw the people in the crowd, it's just a development camp. It's almost packed. I felt better on the ice because the people know who I am," Zadina added.

Finding a home with an NHL team was the 18-year-old's biggest question mark before last Friday. Not if if he'd find a team, but with whom he'd find a home. He called his first camp experience in Detroit "one of the best days of his life."

Rasmussen dominated the Western Hockey League last season, registering 31 goals and 28 assists in 47 regular season games. His playoff performance for Tri-City was even more impressive. He had a at least one point in all but one game, racking up 14 goals and 17 assists for 33 points in 14 postseason games.

He wants to take the next step this year.