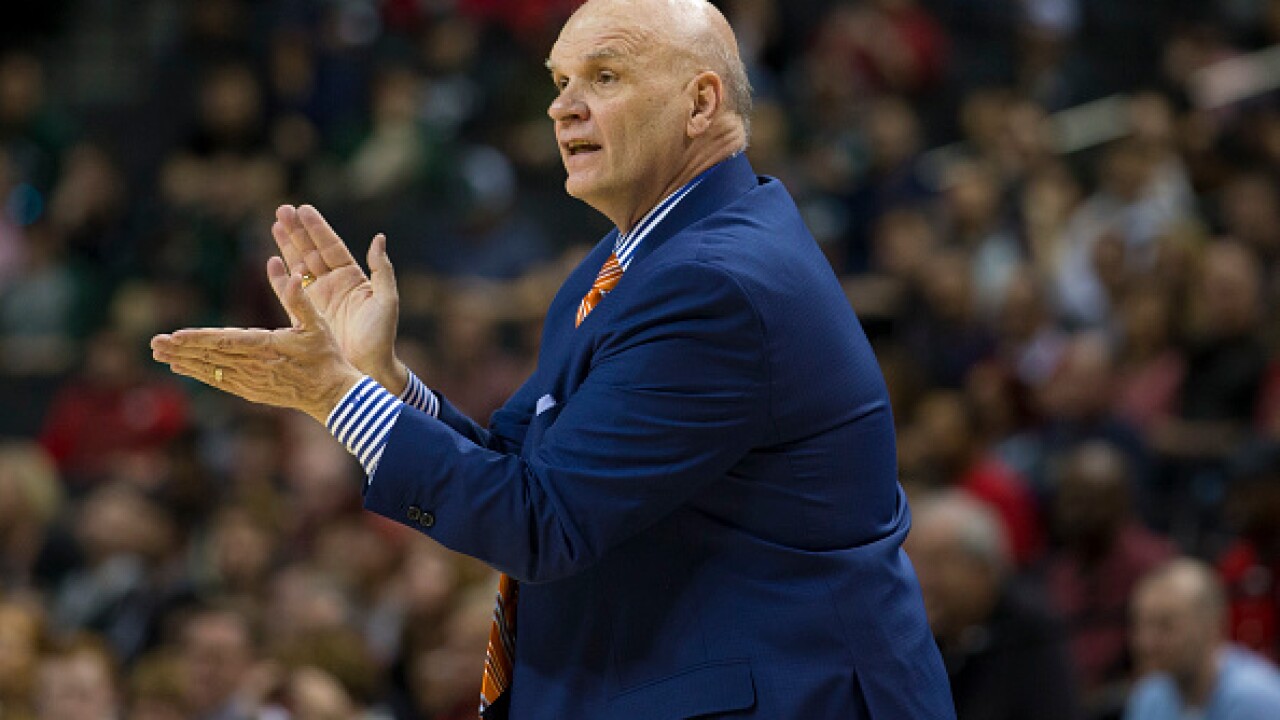 Mitchell Leff/Getty Images
NEW YORK, NY - MARCH 15: Head coach Phil Martelli of the Saint Joseph's Hawks reacts against the Davidson Wildcats during the quarterfinals of the Atlantic 10 2019 tournament at the Barclays Center on March 15, 2019 in the Brooklyn borough of New York City. The Davidson Wildcats defeated the Saint Joseph's Hawks 70-60. (Photo by Mitchell Leff/Getty Images)

WXYZ — Michigan basketball coach Juwan Howard talked in his introductory press conference that he would quickly need to get up to speed on how the college basketball game is played.

Not on the court, particularly, but off of it, in recruiting and the rule book.

Reports have surfaced that a deal is done with former St. Joe's head coach Phil Martelli has taken a job on Howard's staff as an assistant.

Martelli was with St. Joe's since the 1995 season, so he brings plenty of experience in the area's of weakness for Howard as he assimilates into the college game.

Other reports are out that he has made the final hire for his staff with former Knicks assistant Howard Eisley.