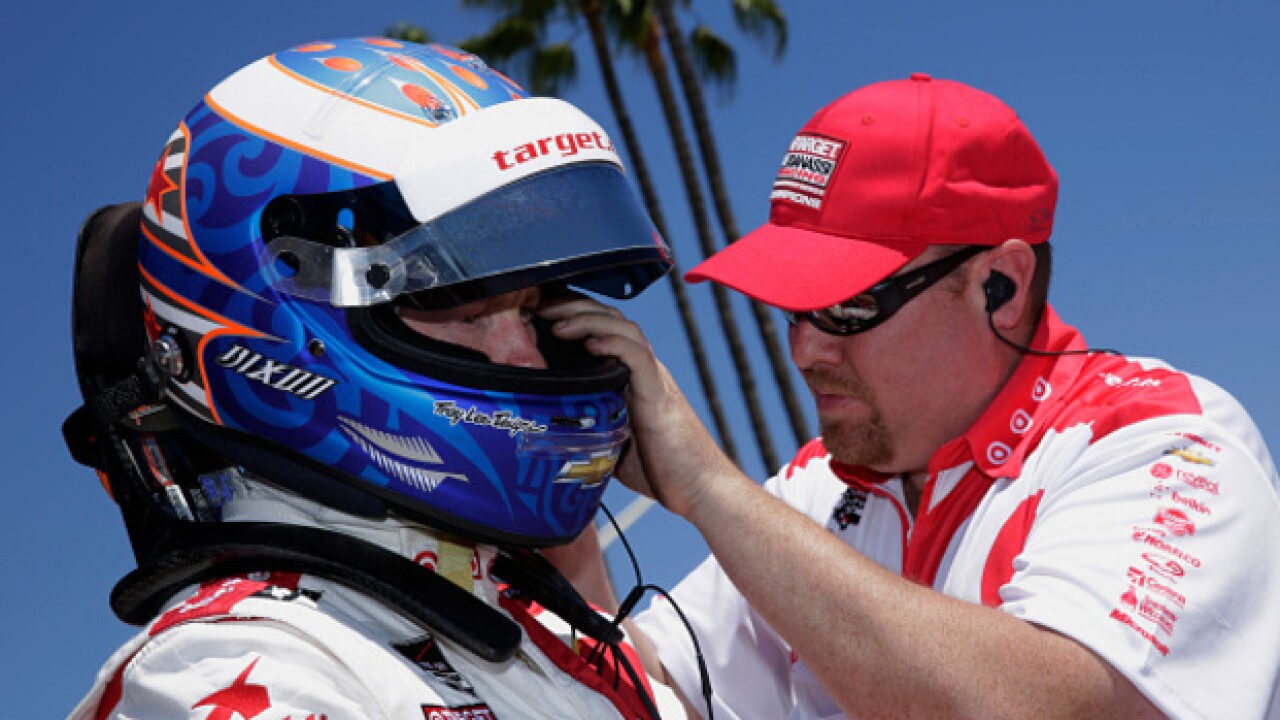 INDIANAPOLIS (AP) — Nearly every indicator suggested Will Power was suffering from concussion-like symptoms after his car hit a wall during one of the first practice sessions of the 2016 season. He was dizzy, had difficulty standing when he climbed from his car the next day, and was overcome with nausea.

IndyCar doctors checked him several times, determined he had a concussion and ruled him ineligible to race in the season-opener.

But too many things about Power’s case baffled the IndyCar medical team. They sent the Australian to see Dr. Steve Olvey, IndyCar’s former medical director, at the University of Miami for further testing. Olvey had a new tool that determined Power was not concussed after all. He was instead suffering from an inner ear infection, with symptoms still strong enough to keep him out of the race.

The new diagnosis and how Olvey got to it intrigued IndyCar.

“That was a game-changer for us,” said Dr. Terry Trammell, safety consultant to INDYCAR and its medical staff.

Olvey had used an eye-tracking computer test called the I-PAS system, and IndyCar wanted access to it. Created by Pittsburgh-based Neuro Kinetics Inc., the I-PAS is commonly referred to as the “goggles test.” It’s a portable system and resembles a virtual reality headset. The test integrates clinical eye tracking with a digital display, and medical professionals run a series of 14 tests to determine if a driver has a concussion.

IndyCar has used the I-PAS, which is portable and available at all events, through its development phase since Power’s incident. It has now been added as a requirement in IndyCar’s concussion evaluation protocol.

Trammell likened the growth in technology for concussion testing to how far medical equipment has come in cardiology since the stethoscope was invented in the 19th century.

“That’s where we are now with the I-PAS system,” he said. “It’s a battery of tests that allow us to correlate our clinical suspicions with an objective measure. It’s not gameable. It measures the ocular motor, eye motor, and reaction times so that we get some objectivity to that.”

IndyCar was a strong fit for the development of the I-PAS system because of the way the series collects data in accidents. Every car has a “black box” that collects chassis G-forces from a crash. Accelerometers track head movement in the earpieces of all drivers. The data then allows an analysis of forces that produce injury, and the information is used to emulate crash details and further safety advancements.

IndyCar is currently working on a project to compare testing of drivers who have sustained an impact with ear resultant averages of at least 50 Gs. The project is aimed to determine if there are detectable changes in drivers who were exposed to one or more potentially concussive events over the course of a season but were not diagnosed with a concussion.

With the I-PAS system, a driver wears goggles that are connected to a computer. The tester is able to track “eyeballs, the whites of their eyes, the pupils, the iris and so on. So you can see the eye muscles contract, get bigger and smaller,” Trammell said. “Think of going to the doctor, he said, ‘Follow my finger back and forth, follow it into your nose, back out of your nose.’ This does that, but it does it optically. It’s very, very sensitive. It measures the changes in your eye very accurately, to infinitesimal small degrees.”

Because drivers now take the test before the season, IndyCar has a baseline to compare results after a crash.

“The doctor still makes the diagnosis, the machine doesn’t make the diagnosis,” Trammell said. “We now actually have numerical data that isn’t dependent on the subject’s behavior, providing they can cooperate with the test. They can’t game it. There’s nothing you can do to change your physiology, it just is. ...

“Where this becomes the real game changer is we have somebody that has a (crash) on Sunday, Monday they call up and say, ‘I don’t feel quite right, something’s not the way it was on Saturday.’ They may not have signs of a clinical concussion based on what we’ve used in the past to make that diagnosis because the changes are subtle. This just gives us a battery of more specific tests to use in our clinical evaluation.”