Inside the Huddle with Jim Harbaugh: he believes there's progress in Michigan's program 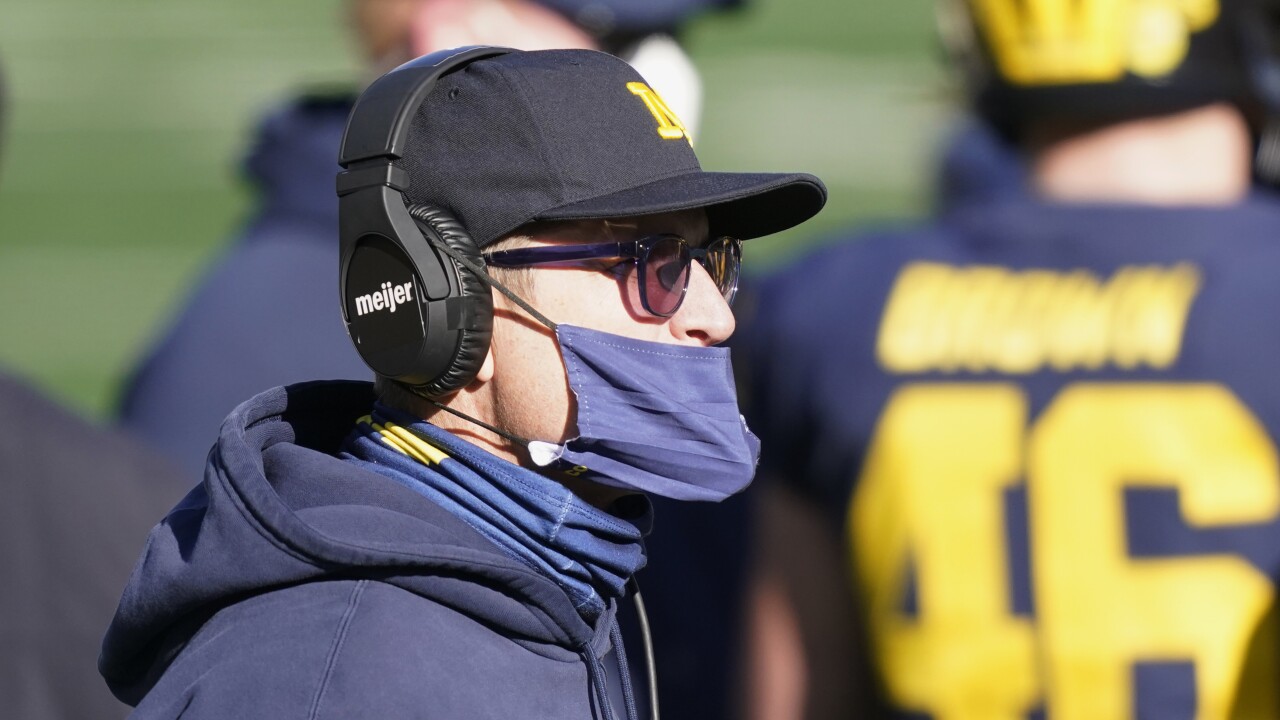 Jim Harbaugh insists his enthusiasm hasn't changed during the difficulties of 2020.

Michigan's head coach talks one-on-one with WXYZ every Monday during the season. This year, the Wolverines are 2-4 and as doubt swirls on the outside, Harbaugh is trying to provide a calm confidence.

"There is growth. There is improvement," he said. Harbaugh said it's his goal to build on what he sees. Harbaugh believes players and position groups like the running backs and defensive backs have taken steps forward during season.

"There are aspects that are improving," he said. "I do believe there is progress being made."

Harbaugh said the process is day-to-day, and he wouldn't speculate if there will be a game adjustment on Saturday. John Harbaugh's Ravens have had their game moved multiple times now, from Thanksgiving to now Wednesday. He has talked with his brother about it all.

"There's definitely conversations there," he said.

Harbaugh said the Michigan football program has been successful in following protocols, and will continue to stay vigilant.

WATCH 'INSIDE THE HUDDLE' EVERY MONDAY ON 7 ACTION NEWS AT 6 PM, AND CHECK BACK HERE FOR THE FULL VIDEO EACH WEEK