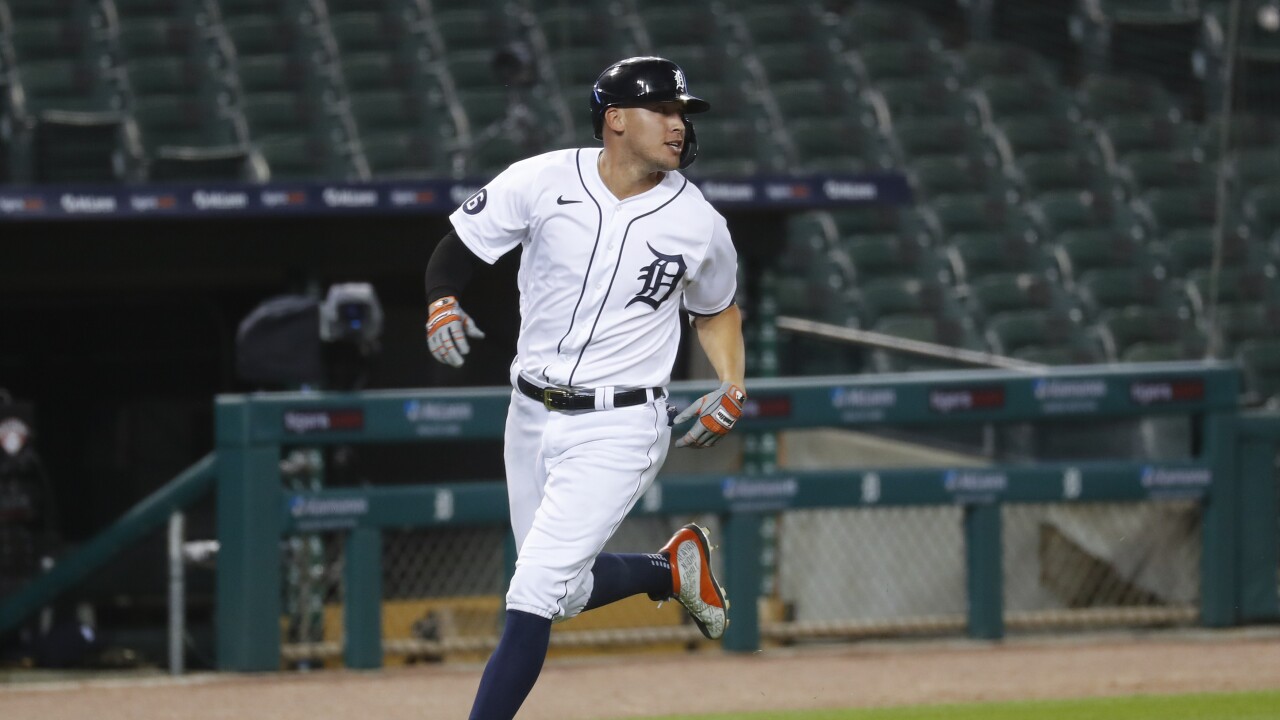 Paul Sancya/AP
Detroit Tigers' JaCoby Jones rounds third base on his way to a two-run, inside-the-park home run in the seventh inning against the Chicago White Sox in a baseball game in Detroit, Monday, Aug. 10, 2020. (AP Photo/Paul Sancya)

DETROIT -- JaCoby Jones hit an inside-the-park home run in the seventh inning and the Detroit Tigers breezed to their fourth straight victory, 5-1 over the Chicago White Sox on Monday night.

Niko Goodrum homered and had four hits for the Tigers, who handed Chicago its fifth loss in six games. It wasn't all good news for Detroit, though. First baseman C.J. Cron exited with a left knee injury in the fourth.

White Sox slugger Jose Abreu came up limping after grounding out in the eighth and left the game as well.

Detroit was up 3-1 in the seventh when center fielder Adam Engel went for a lunging catch on a sinking liner by Jones. Engel missed, and it's a long way out to the wall in center field at Comerica Park. Jones circled the bases and scored standing up for a two-run homer, his fifth of the season.

Detroit's Jeimer Candelario slapped a double down the right-field line to bring home the first run in the fourth. Goodrum hit a solo shot in the sixth, and Victor Reyes added a run-scoring single in the seventh.

Chicago's only run came in the seventh on an RBI groundout by Engel.

Cron was struck by Danny Mendick's hard-hit grounder in the fourth and stayed down for a while. He eventually walked off with some assistance. Norris made an acrobatic play, hustling over to retrieve the ball and retiring Mendick with a diving tag while Cron lay on the ground in pain.

White Sox: SS Leury Garcia appeared to be having his left hand checked after sliding into first in the seventh, but he remained in the game.

LHP Tyler Alexander (1-0) starts for Detroit on Tuesday night against LHP Gio Gonzalez (0-1). Alexander makes his first start of the season. He struck out the first nine hitters he faced in an Aug. 2 relief appearance against Cincinnati.