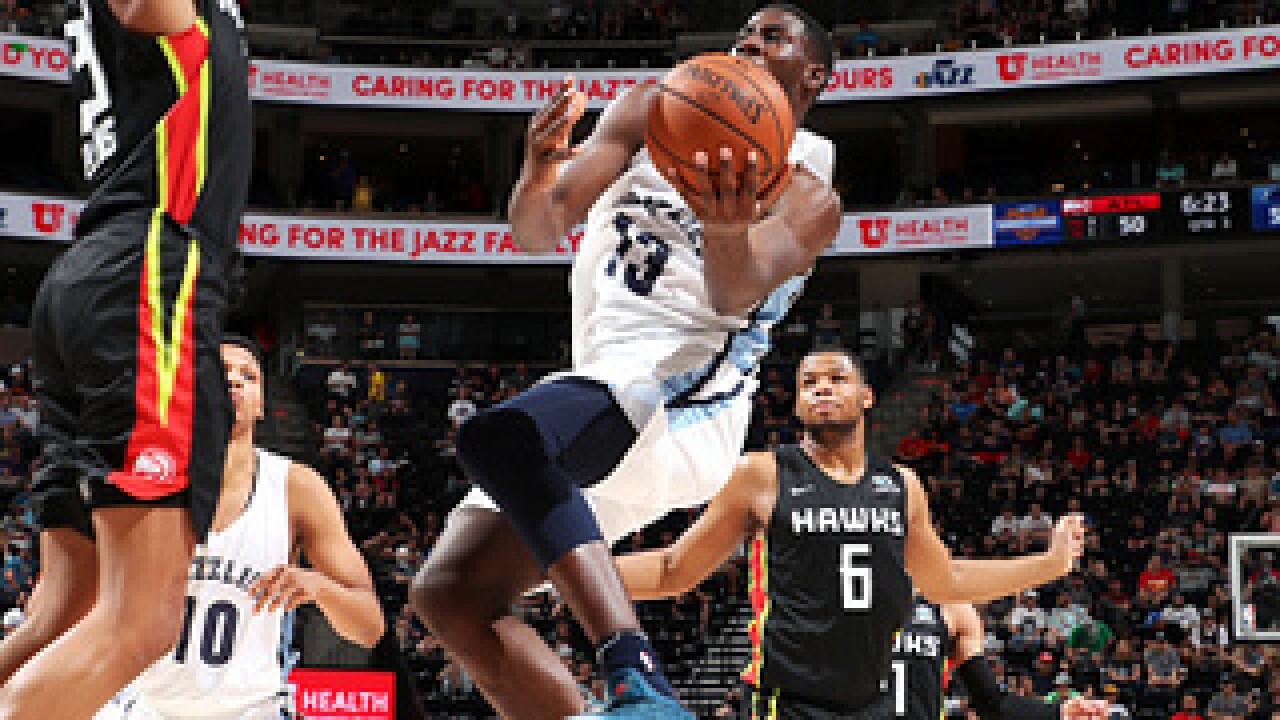 Copyright 2018 Scripps Media, Inc. All rights reserved. This material may not be published, broadcast, rewritten, or redistributed.
Joe Murphy
<p>SALT LAKE CITY - JULY 2: Jaren Jackson Jr. #13 of the Memphis Grizzlies goes to the basket against Atlanta Hawks during the 2018 Summer League at the Vivint Smart Home Arena on July 2, 2018 in Salt Lake CIty, Utah. NOTE TO USER: User expressly acknowledges and agrees that, by downloading and or using this photograph, User is consenting to the terms and conditions of the Getty Images License Agreement. Mandatory Copyright Notice: Copyright 2018 NBAE (Photo by Joe Murphy/NBAE via Getty Images)</p>

When scouts talked about the potential of Michigan State freshman Jaren Jackson Jr. they often talked about his range.

He shot over 40-percent from deep in college, and in his first taste of NBA action, he showed it again.

Jackson Jr. hit a game-high eight three pointers en route to a game-high 29 points for the Memphis Grizzlies in a summer league win over the Atlanta Hawks.