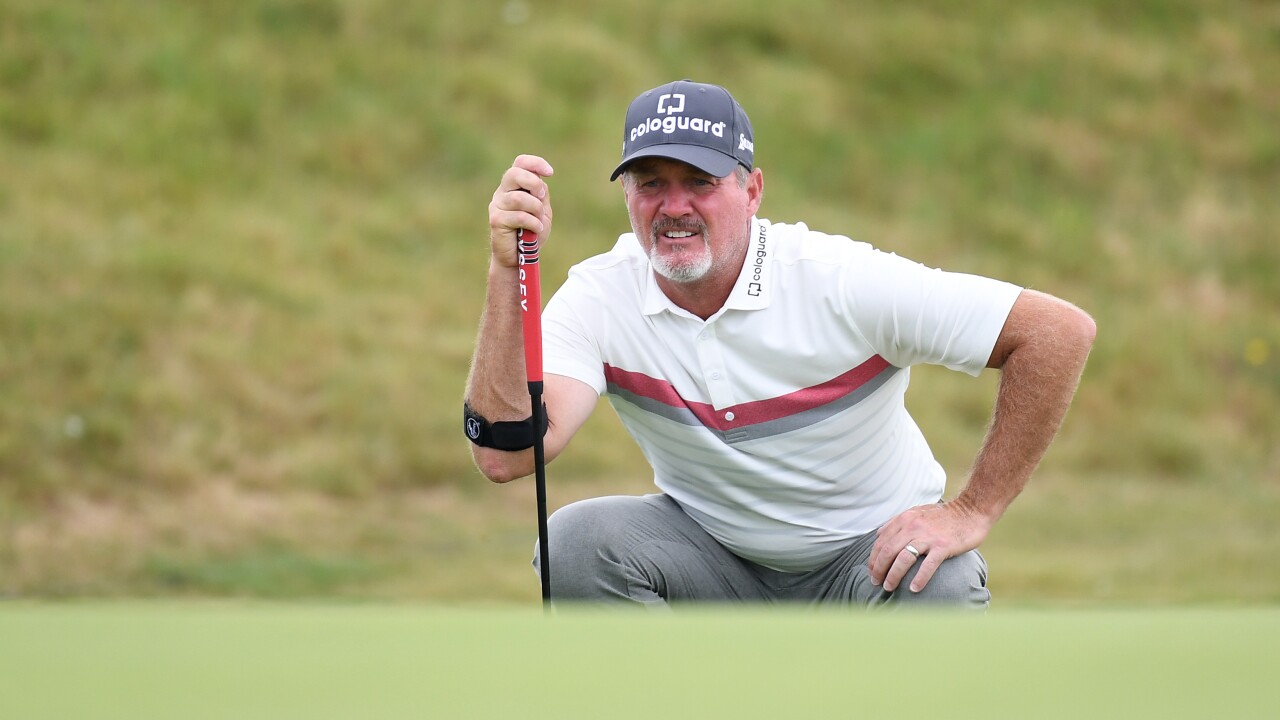 GRAND BLANC, Mich. (AP) -- Jerry Kelly birdied the first five holes on the back nine and finished with a 7-under 65 on Saturday to take a one-stroke lead into the final round of the PGA Tour Champions' Ally Challenge.

Kelly had a 12-under 132 total at rain-softened Warwick Hills, the longtime home of the PGA Tour's defunct Buick Open. He won the American Family Insurance Championship in June in his hometown of Madison, Wisconsin, for his fourth victory on the 50-and-over tour.

"You always have to go low out here," Kelly said. "Somebody's always going to shoot a good score and I'm glad it was me today."

Charles Schwab Cup points leader Scott McCarron was tied for second with Woody Auston. McCarron, a three-time winner this season, birdied four of the last five holes in a 67.

"Any time you can finish like that, it's a pretty good day," McCarron said. "I didn't really get anything going for most of the day, but I was hitting it well and I was hitting good putts, they weren't going in, so I just had to stay really patient."