Jim Harbaugh on Andrew Luck: "He's a brother, I support him" 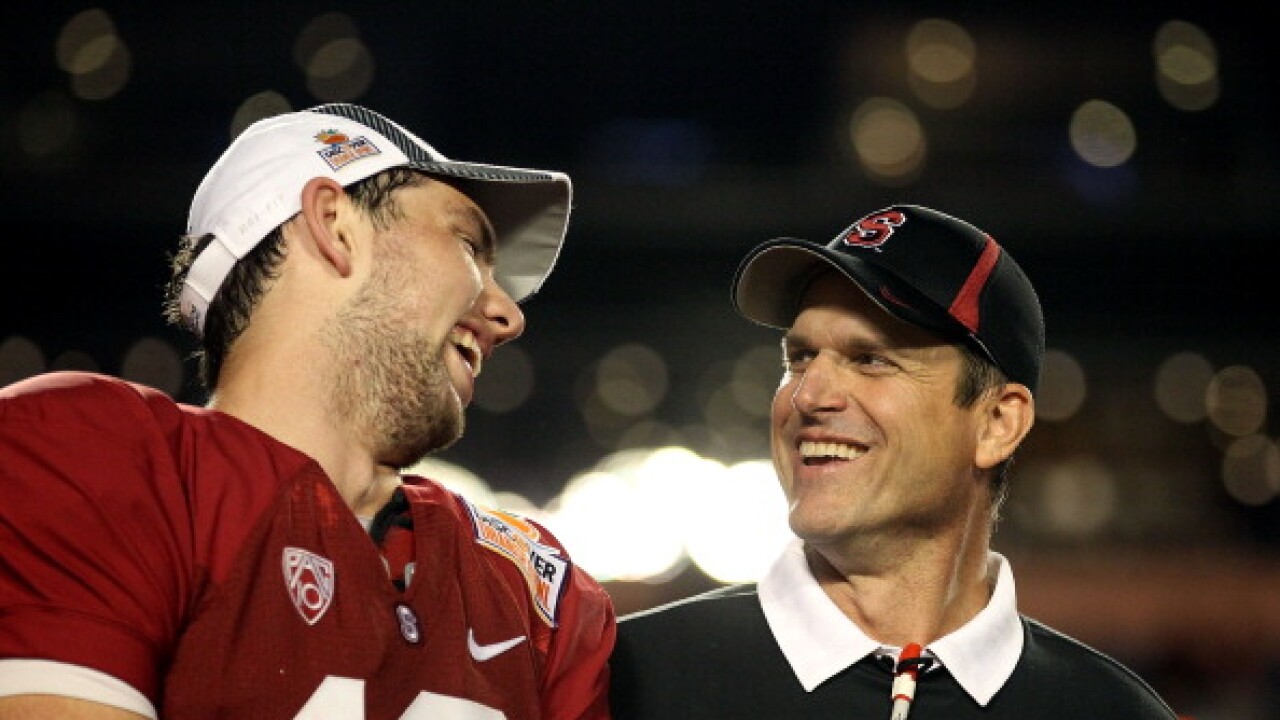 ANN ARBOR, Mich. — Andrew Luck and Jim Harbaugh's relationship goes back to Stanford, where the two worked together as quarterback and head coach.

Luck announced Saturday his football career is over, retiring from the NFL.

On Monday, Harbaugh was asked about his former quarterback.

“He’s a brother, I support him. One of my favorite players I’ve ever coached," Harbaugh told 7 Action News in his weekly conversation with WXYZ.

“He’s a brother, I support him. One of my favorite players I’ve ever coached."

Jim Harbaugh talked about Andrew Luck with @WXYZDetroit after the QB's retirement. pic.twitter.com/9QeVHk00Vy

Asked if he would extend an invitation to Luck to visit Ann Arbor for a game, Harbaugh didn't hesitate.

Harbaugh talked about Luck at his press conference, and after offering praise for the quarterback, he paused and added more thoughts.

"As far as other people, their reactions, I would say, even though his intentions were very clear, very well-spoken, I would say to not understand a man’s purpose does not make him confused," he said to gathered reporters.