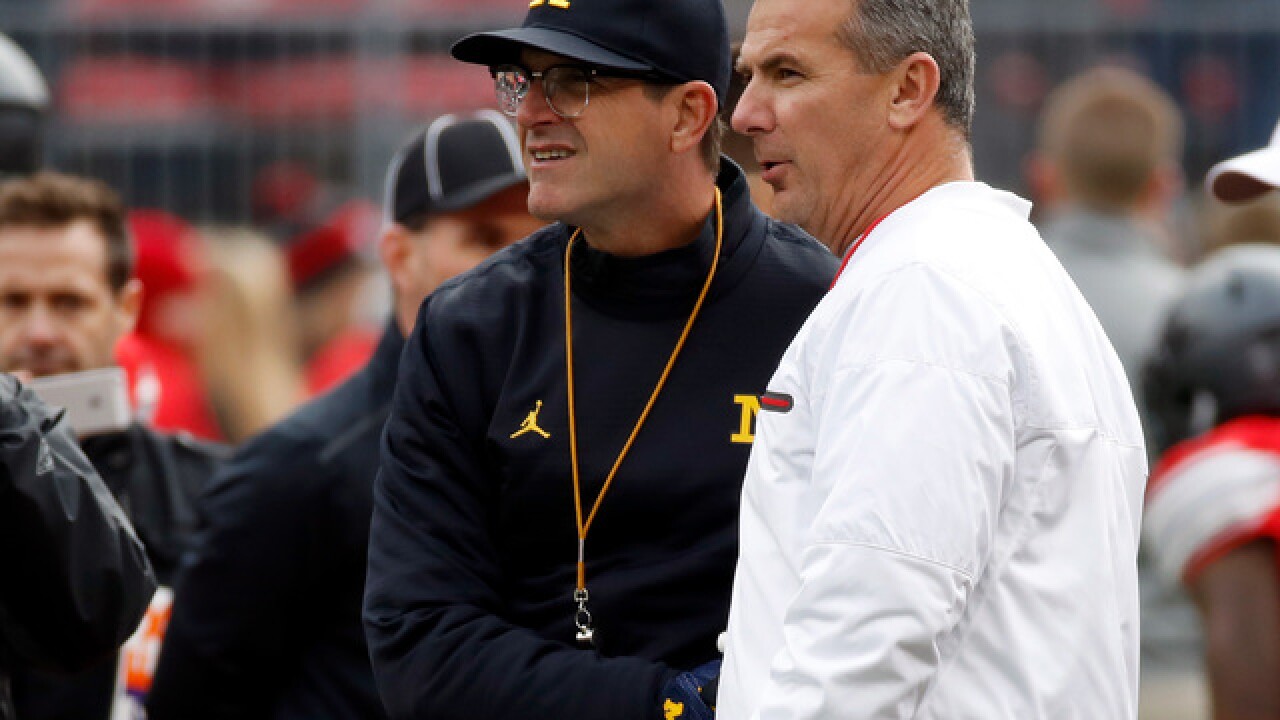 And Harbaugh doesn't even talk at the podium until Friday.

Earlier Thursday, Harbaugh assessed Meyer’s career in a podcast released by The Athletic: “Urban Meyer’s had a winning record. Really phenomenal everywhere he’s been. But also, controversy follows everywhere he’s been.”
Meyer beat Harbaugh four times in four meetings during his tenure at Ohio State. He retired at the end of last season.

Asked about the hiring of co-defensive coordinator Greg Mattison, who spent 13 seasons under different coaches at Michigan, including the entire Harbaugh tenure as defensive line coach, Cooper gave an answer that would warm the heart of Woody Hayes.

“Coach Mattison is great,” Cooper said. “Him being from the team up north didn’t affect us that much because he came to coach us. We know that he’s a great coach and has a great legacy with the team up north.”

Hayes famously refused to mention his rival by name as he and then-Michigan coach Bo Schembechler turned the schools’ annual game into one of the country’s biggest grudge matches.

Meyer stepped down at the end of last season after being dogged by criticism surrounding a former assistant accused of domestic violence — a scandal that blew up at Big Ten media days a year ago.

Harbaugh, who is 0-4 against the Buckeyes since returning to coach his alma mater.