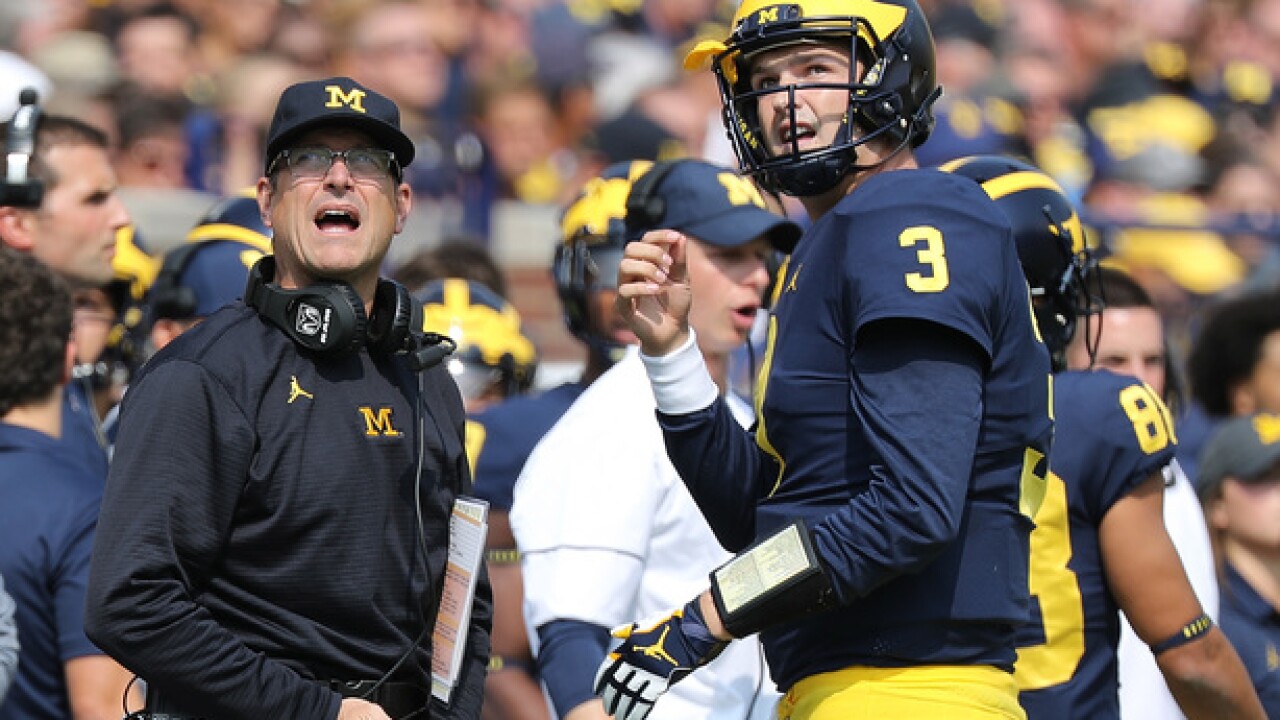 Why? According to Bleacher Report, here's the latest reason Harbaugh favors steak:

How do you explain the Harbaugh Experience? Former Michigan (and current UCLA) quarterback Wilton Speight tells a story to sum it up nicely. Early in his Michigan tenure, Harbaugh pulled Speight aside and told him not to eat chicken, a protein that is considered fairly safe by nutritionists. When Speight asked why, Harbaugh said, "because it's a nervous bird."

"He thinks some type of sickness injected its way into the human population when people began eating white meats instead of beef and pork," Speight says. "And he believes it, 100 percent."

Chicken. Steak. Looks like Harbaugh has a side in the debate. Because apparently there's a debate.