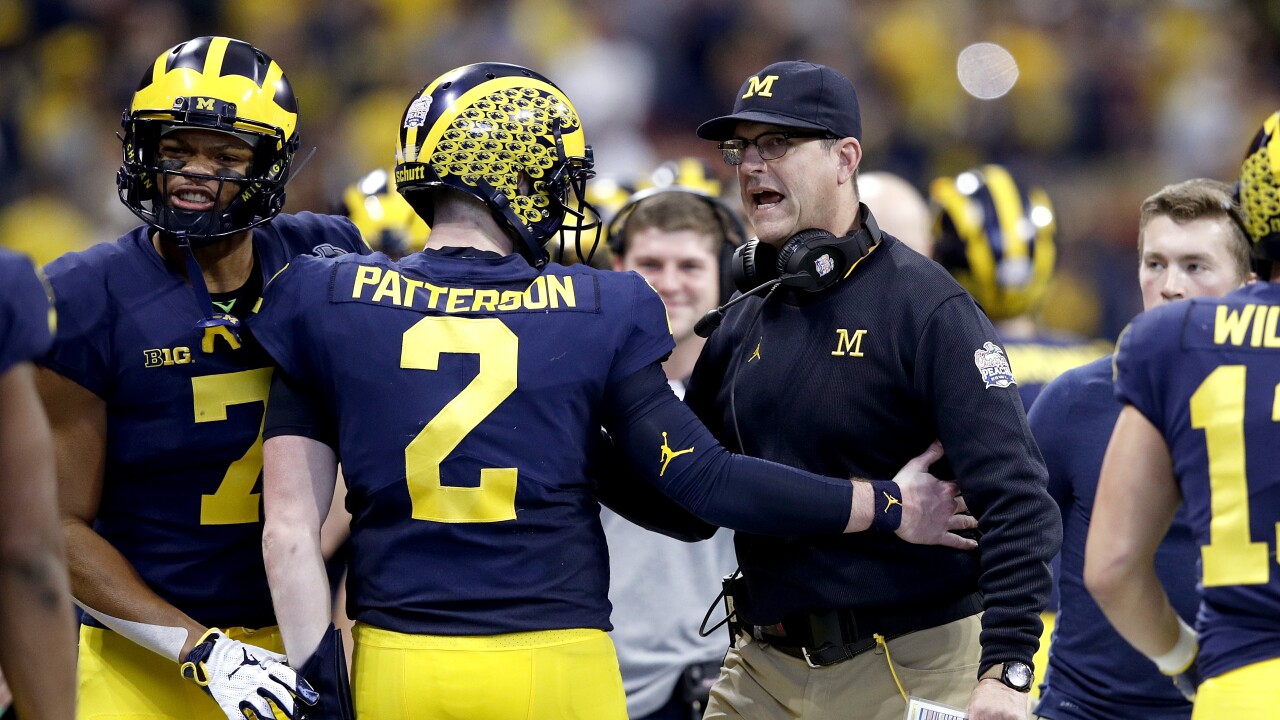 (WXYZ) — Michigan Head Coach Jim Harbaugh spoke to the media on Monday after the team's 28-21 loss to Penn State in Happy Valley, touching on everything from officiating to Shea Patterson and Ronnie Bell.

Harbaugh spoke after the game and criticized the officiating, especially the way defenders played Michigan's wide receivers at the end of the game. Harbaugh said, "sometimes it's not fair," during his press conference, but said the team would "make no excuse and continue onward."

Jim Harbaugh’s response to a question about looking back at Saturday’s officiating: pic.twitter.com/5wsCmyb3s5

He also said that Patterson has been playing great football, even calling his play "heroic." He was 24-41 for 276 yards and one rushing touchdown in the game on Saturday.

Harbaugh also discussed Bell, who dropped a potential tying touchdown near the end of the game. “We would take as many Ronnie Bells as we possibly could on this team," he said.

Jim Harbaugh today: “We would take as many Ronnie Bells as we possibly could on this team.”

Jim Harbaugh was asked how he would now define a successful season.

“Win our next game. That’s where our focus is.”

Jim Harbaugh said he thinks there’s some discussion about Notre Dame and Michigan continuing the rivalry. He thinks it’d be good.