John Beilein says he will stay on as Michigan basketball coach 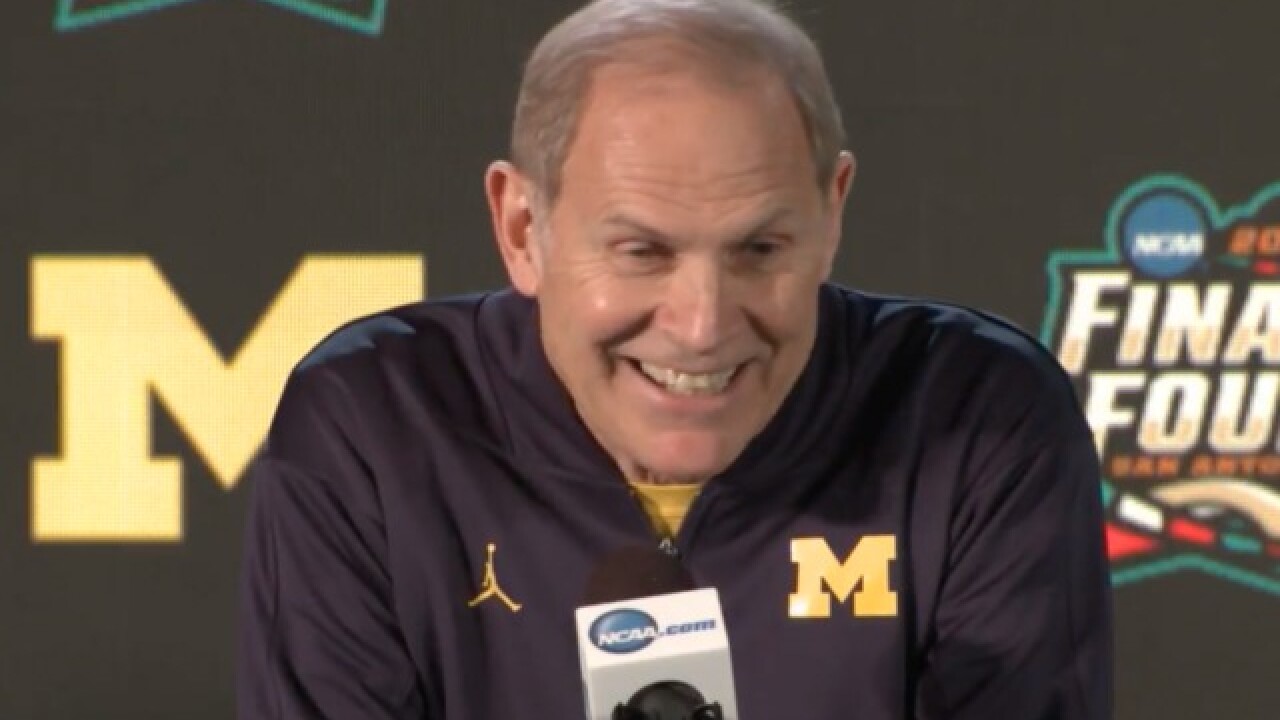 Michigan University Men's Basketball Coach John Beilein announced he is staying with the team less than a week after he interviewed for the Detroit Pistons head coaching job.

In a tweet, the 65-year-old said, "I love the University of Michigan and I am excited about coaching our Men's Basketball Team next season and in the years to come!

"Let's go hand some more banners at 'THE GREATEST UNIVERSITY IN THE WORLD,'" he added.

Beilein has led the Wolverines to two Final Four appearances, including just last year where the Wolverines lost to Villanova in the national title game.

He's also under contract with the university through 2020-21, but Beilein told the Free Press just a couple of weeks ago that he was working on an extension.