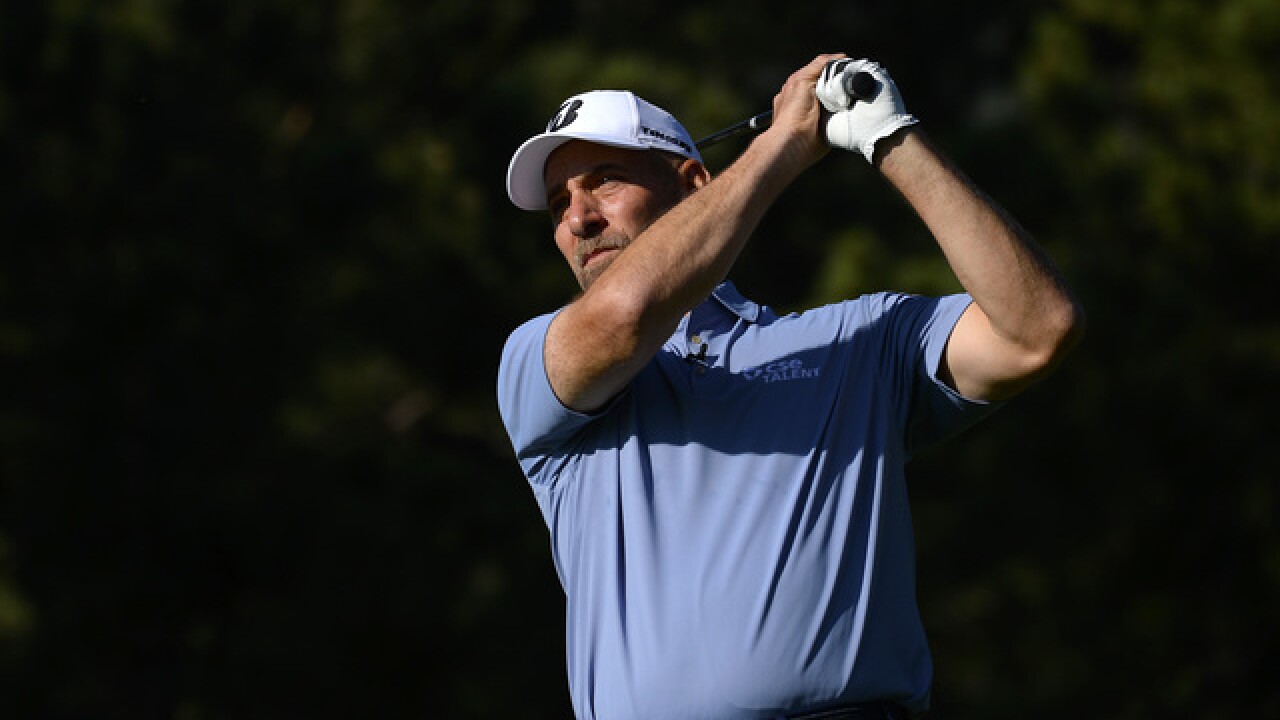 COLORADO SPRINGS, Colo. (AP) -- Though John Smoltz may have felt very much alone on the wind-whipped, sun-baked Broadmoor course, he wasn't.

The main difference between him and most of the guys battling the conditions Thursday at the U.S. Senior Open was that Smoltz does not do this for a living.

The pitching Hall of Famer spent Day 1 of his fantasy golf camp in much the same position as the rest of the players -- gouging out of ankle-high rough, then scrambling to put himself in position for par putts. But Smoltz didn't make many. His round of 15-over 85 included only five pars and no birdies.

"I'm just being honest," Smoltz said. "I don't have enough game for this course yet."

The ultimate test for the seniors produced only six below-par scores through the morning rounds, with the wind forecast to pick up as the day wore on.

Rocco Mediate was in an early three-way tie for the lead at 2 under -- in the mix again for a national championship 10 years after his epic, 19-hole playoff loss to Tiger Woods at the U.S. Open.

Defending champion Kenny Perry was 1 over and not feeling all that bad about a round that included only a single birdie.

"Here, the greens, they've got you on edge," said Perry, whose title last year gave him entry into the U.S. Open earlier this month. " I feel like I'm at Shinnecock again."

The USGA took its usual drubbing for the course set-up earlier this month at Shinnecock, and though the spotlight isn't nearly as bright here, the record-high forecast for this week (high 90s) has left tournament organizers `pacing" themselves when it comes to firming up the Broadmoor, according to the USGA's daily course set-up notes.

Even when softened up for resort players, conquering this course takes its fair share of local knowledge. Virtually every putt -- even those that appear to be aimed uphill -- break away from the Will Rogers Shrine located on Cheyenne Mountain to the southwest of the course.

"You have to hit them a few times to trust you know what you're doing," Janzen said.

Janzen and Mediate trekked to Colorado Springs last month to play a few practice rounds and gain some of the valuable local knowledge.

Smoltz walked onto the Broadmoor for the first time this week. He hired a local caddie, Colin Prater, who was a Division II All-American at Colorado-Colorado Springs.

Almost immediately, though, Smoltz received a crash course in the difference between casual rounds of golf and the sport at its highest level.

"I never expected to get that many bad lies," he said. "Nothing I could do about it. And I had a lot of tough shots that I have not practiced and that I am not used to hitting."

A few times during the round, Smoltz had to stop, take off his shoes and tape up his toes, which were raw and aching. Lesson: Don't break in new golf shoes at the U.S. Open.

Smoltz's first turn through this world will end after Friday's round.

"I hit three bad shots, and I shot 85," he said. "It just tells you, from an amateur standpoint, and for people sitting at home, how great these players are."