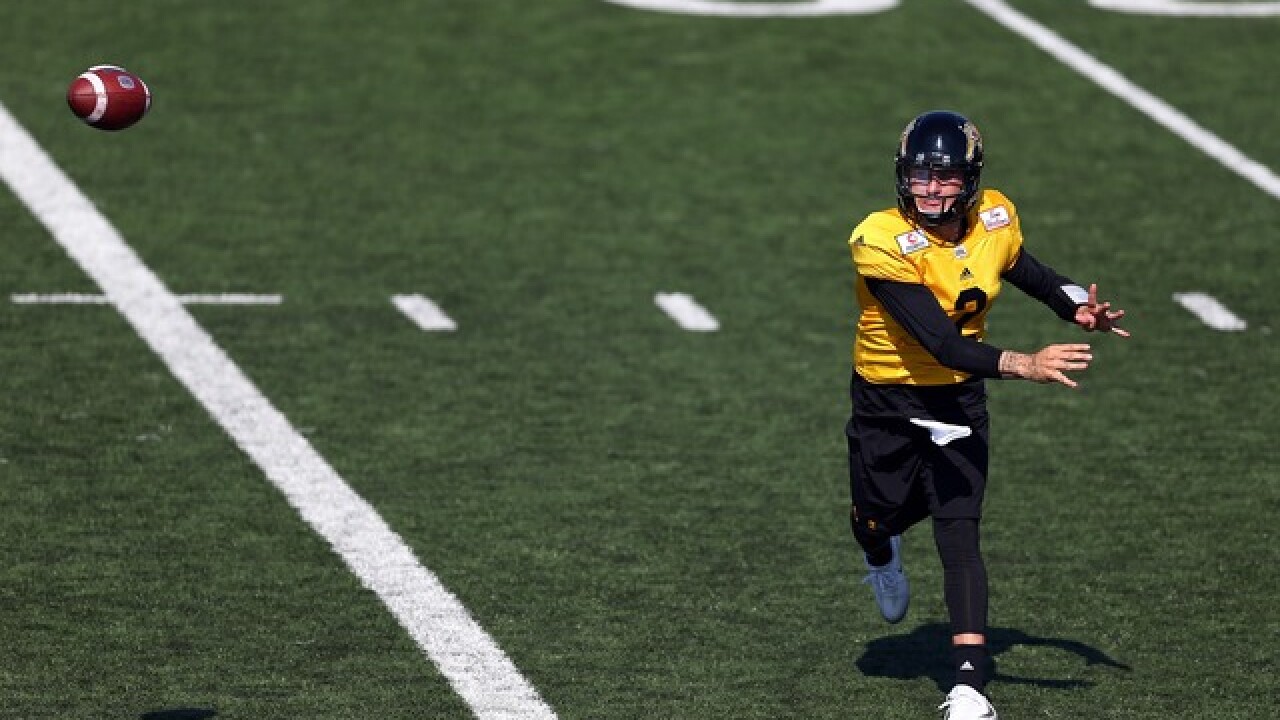 Copyright Getty Images
Vaughn Ridley
<p>HAMILTON, ON - MAY 28: Johnny Manziel #2 of the Hamilton Tiger-Cats takes part in a preseason practice session at Ron Joyce Stadium on May 28, 2018 in Hamilton, Canada. (Photo by Vaughn Ridley/Getty Images)</p>

MONTREAL (AP) -- Johnny Manziel was 12 of 20 for 88 yards and a touchdown and the Hamilton Tiger-Cats scored 30 straight points to beat the Montreal Alouettes 30-15 on Saturday in the second and final preseason game for both teams.

The 2012 Heisman Trophy winner at Texas A&M, Manziel is making a comeback in the Canadian Football League after being released by the Cleveland Browns in March 2016.

Manziel opened with consecutive completions to running back Alex Green for Hamilton's first first down, and capped the drive with a 3-yard scoring pass to Green. Manziel led three drives for field goals in the second half before giving way to Dane Evans.