Jon Reschke back on Michigan State roster for now 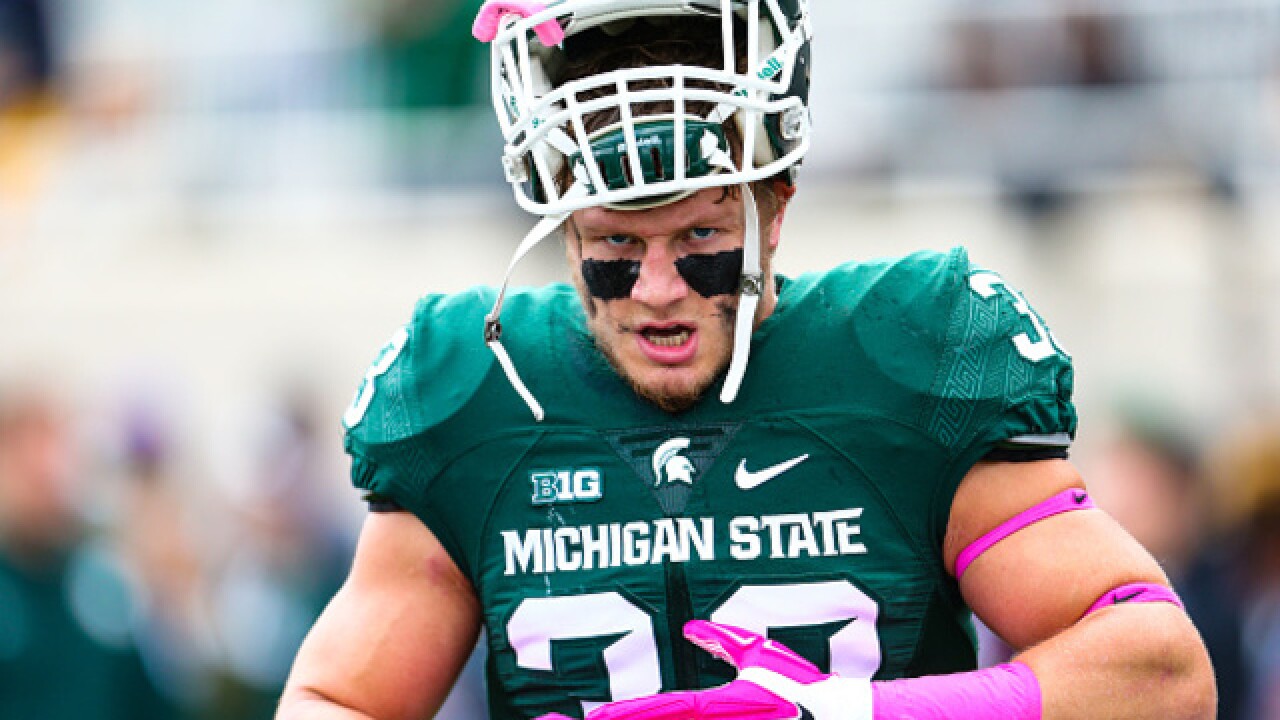 Copyright 2017 Scripps Media, Inc. All rights reserved. This material may not be published, broadcast, rewritten, or redistributed.
Rey Del Rio

CHICAGO (AP) — Linebacker Jon Reschke is back on Michigan State's roster, although coach Mark Dantonio says his return to the team remains a work in progress.

Reschke left the Spartans following the 2016 season, saying he'd made an insensitive comment involving a former teammate. At the time, he said he and Dantonio had decided he would complete his degree and finish his career elsewhere.

On Tuesday during the Big Ten's media days in Chicago, Dantonio said all indications from his players are that they want Reschke in camp.

Dantonio says he talked to the players and told them, "Hey, if you guys want him back, then you have to bring him back." He says, "It has to be a decision made by our African-American players, led by them."

Dantonio says Reschke is on the roster, "but it's a step-by-step process."