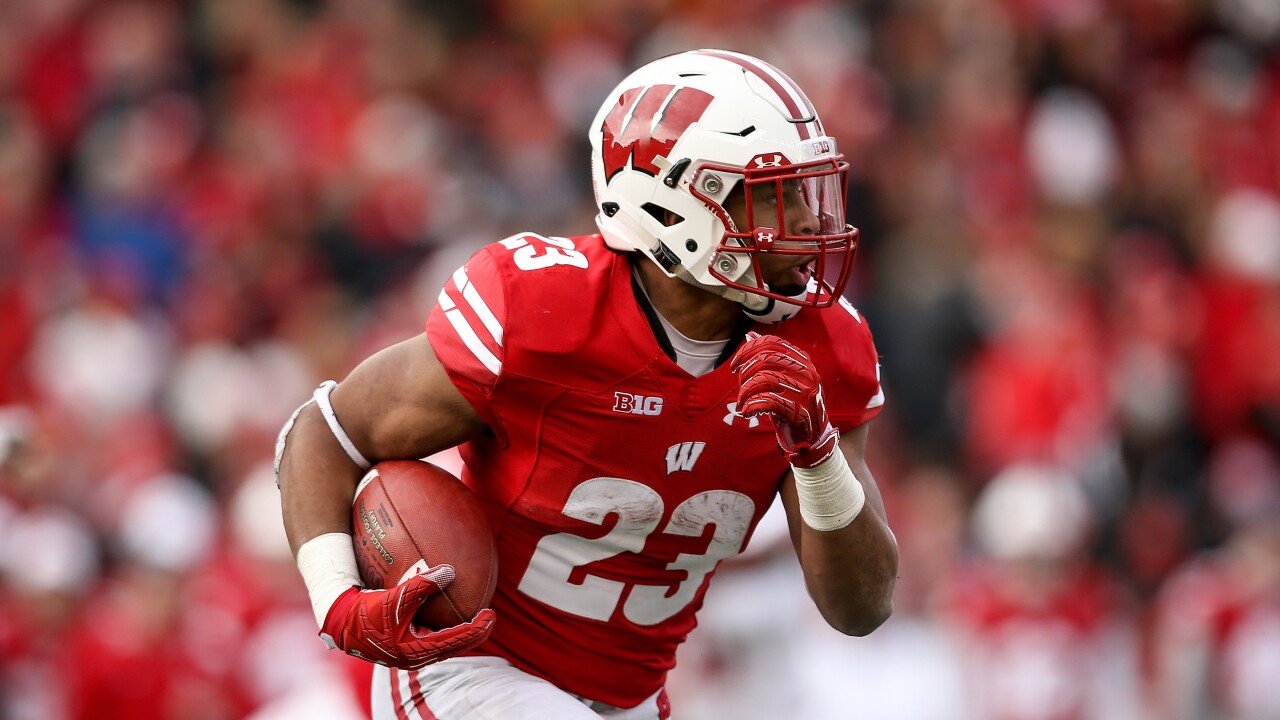 MADISON, Wis. (AP) -- Wisconsin running back Jonathan Taylor had the first two receiving touchdowns of his career in a win last week at South Florida. The 49-0 victory was the Badgers' most lopsided road shutout since 1983.

Despite Central Michigan's lack of recent success, and an upcoming collision with seventh-ranked Michigan to open Big Ten play, Taylor and the Badgers insist they are not overlooking the 35-point underdog Chippewas.

Central Michigan, under new coach Jim McElwain, defeated Albany 38-21 last week to match their win total from a season ago. The 57-year-old McElwain, who previously was the head coach at Florida and Colorado State, was Michigan's wide receivers coach last season.

"It's a great place to play and I'm excited for my guys to see what Camp Randall is all about," McElwain said. "We get to go forward, play a pretty darned good team here that poses you a lot of problems obviously, but I am excited for our guys. I think it's a great opportunity for our guys to go compete and match themselves against the best."

Quinten Dormady led the Chippewas to victory last week by completing 27 of 37 passes for 285 yards, three scores and no interceptions. The 6-foot-5, 219-pound graduate transfer previously played for Houston and Tennessee.

Wisconsin junior Jack Coan completed 19 of 26 passes for 201 yards and two touchdowns -- both to Taylor -- and had zero interceptions last week in what was his fifth career start.

"I thought I played with good rhythm and I thought I took what the defense was giving me," Coan said. "Just getting better, I'd say just recognizing the defense, just seeing the pressures a little better and taking easy completions."

The Badgers' O-line is still ironing out the kinks as it works to replace four starters from a year ago. Though it paved the way for 234 yards on the ground last week, the line also allowed 11 tackles for loss and three sacks.

"We have a great group and I'm excited, but we can definitely get better," said center Tyler Biadasz, a preseason All-American. "We can grow. I think we left a lot of stuff on the table. But that's in the past. All you can do is grow from it."

No player in the history of college football rushed for more yards in their first two seasons than Taylor. The preseason AP All-American has had at least 100 rushing yards in 23 of his 28 career games.

Central Michigan senior running back Jonathan Ward doesn't have the resume of Taylor but he's shown he also can carry the load. The Chippewas ran 84 plays against Albany, and Ward, who had six starts last season, rushed for 158 yards and two scores and added 53 yards through the air.

McElwain shrugged off the odds against his team.