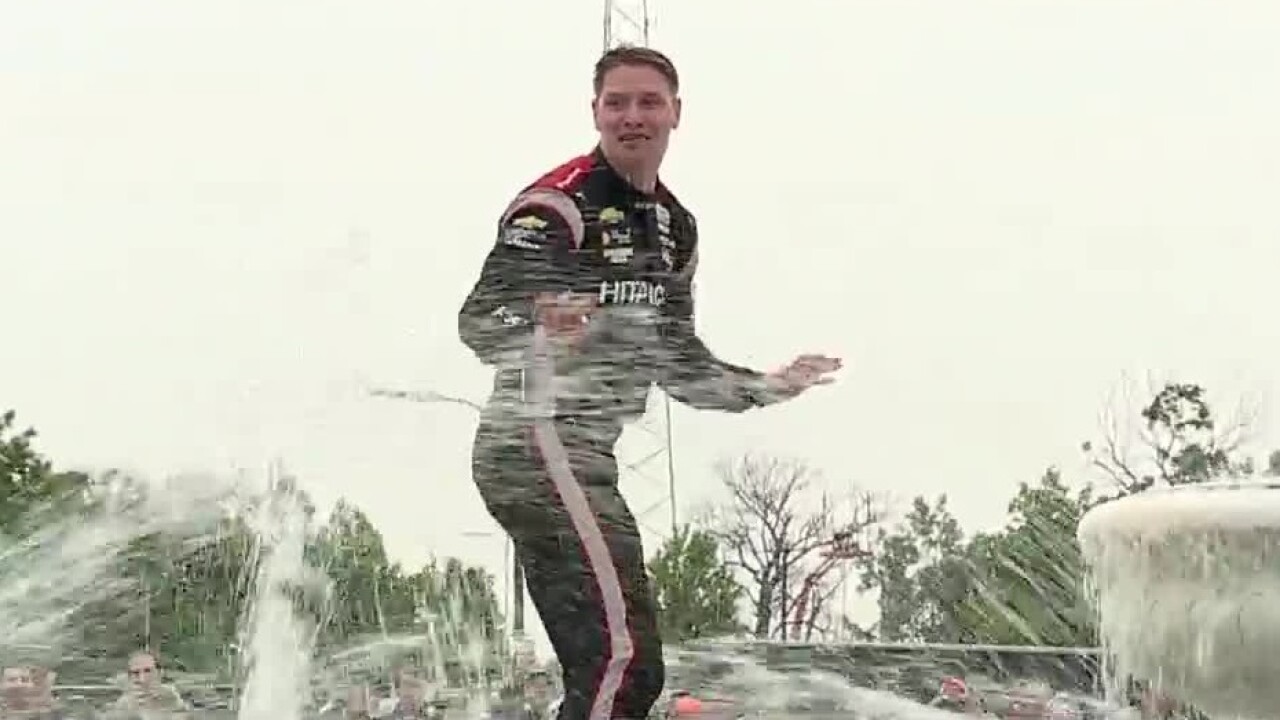 Copyright 2019 Scripps Media, Inc. All rights reserved. This material may not be published, broadcast, rewritten, or redistributed.
Justin Rose/WXYZ-TV
DETROIT -- JUNE 1: Josef Newgarden celebrates in the Scott Fountain on Belle Isle after winning the first race of the IndyCar Detroit Grand Prix on June 1, 2019. (Photo by Justin Rose/WXYZ-TV)

DETROIT (AP) -- Josef Newgarden has won his first pole of the season, setting him up to sweep the Detroit Grand Prix races.

The Team Penske driver turned the fastest lap at just under 1 minute, 15 seconds in qualifying Sunday, a day after he won on Belle Isle for his second victory of the year.

Alexander Rossi, who has finished second in his last two races, will start second. Zach Veach will start a career-best third, followed by rookie Colton Herta and James Hinchcliffe.

Indianapolis 500 champion Simon Pagenaud will begin in the second half of the 22-car field, qualifying 14th. He began Saturday's race 13th and finished sixth as Newgarden joined him as IndyCar's two-time winners this year.