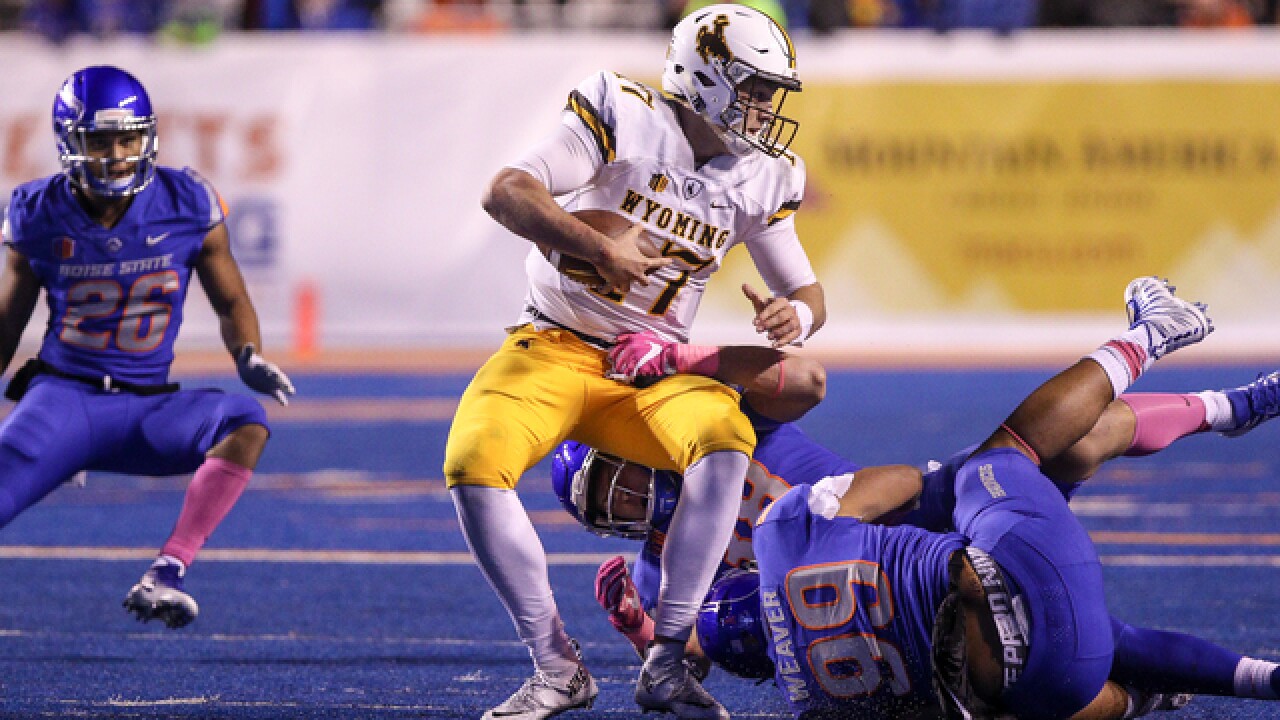 ARLINGTON, Texas (AP) -- Former Wyoming quarterback Josh Allen has apologized for a series of offensive tweets he sent while in high school.

The potential No. 1 pick apologized for the now-deleted tweets to ESPN's Stephen A. Smith early Thursday, hours before the NFL draft.

Yahoo! Sports reported Allen sent the tweets in 2012 and 2013 and they contained racially insensitive language and offensive statements. Allen told Smith he was parroting rap lyrics and catchphrases from TV and pop culture, adding he was "young and dumb" at the time.

ESPN says the tweets were removed from Allen's account when it was vetted in January.

Wyoming coach Craig Bohl says Allen had "great relationships with his teammates and our fan base" and Allen "embraced diversity" while at Wyoming.

Bohl adds in his statement: "We wish him all the best on his big night."

Allen is among several quarterbacks projected to be taken early. Others are Southern California's Sam Darnold, Oklahoma's Baker Mayfield and UCLA's Josh Rosen.