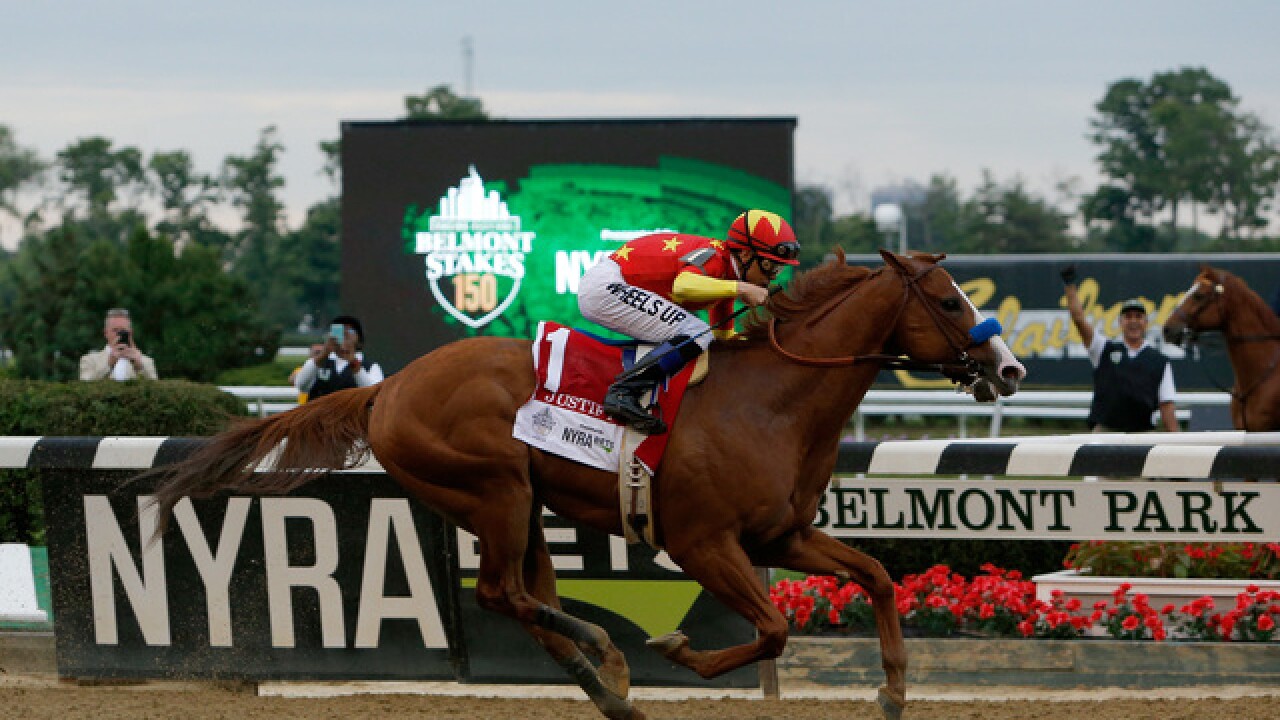 The chestnut colt is the second undefeated colt to sweep the Kentucky Derby, Preakness and Belmont, improving to 6-0 in a racing career that began on Feb. 18. Seattle Slew was unbeaten when he won the Triple Crown in 1977.

Sent off as the 4-5 favorite, Justify went to the lead out of the starting gate and led nine rivals around the track's sweeping turns on Saturday. He's the first Triple Crown winner to face that many rivals in the 1 1/2-mile Belmont.

Bob Baffert became the second trainer to win the Triple Crown twice. He did so with American Pharoah in 2015, ending a 37-year drought.

At 52, Mike Smith is the oldest jockey to win the Triple Crown.