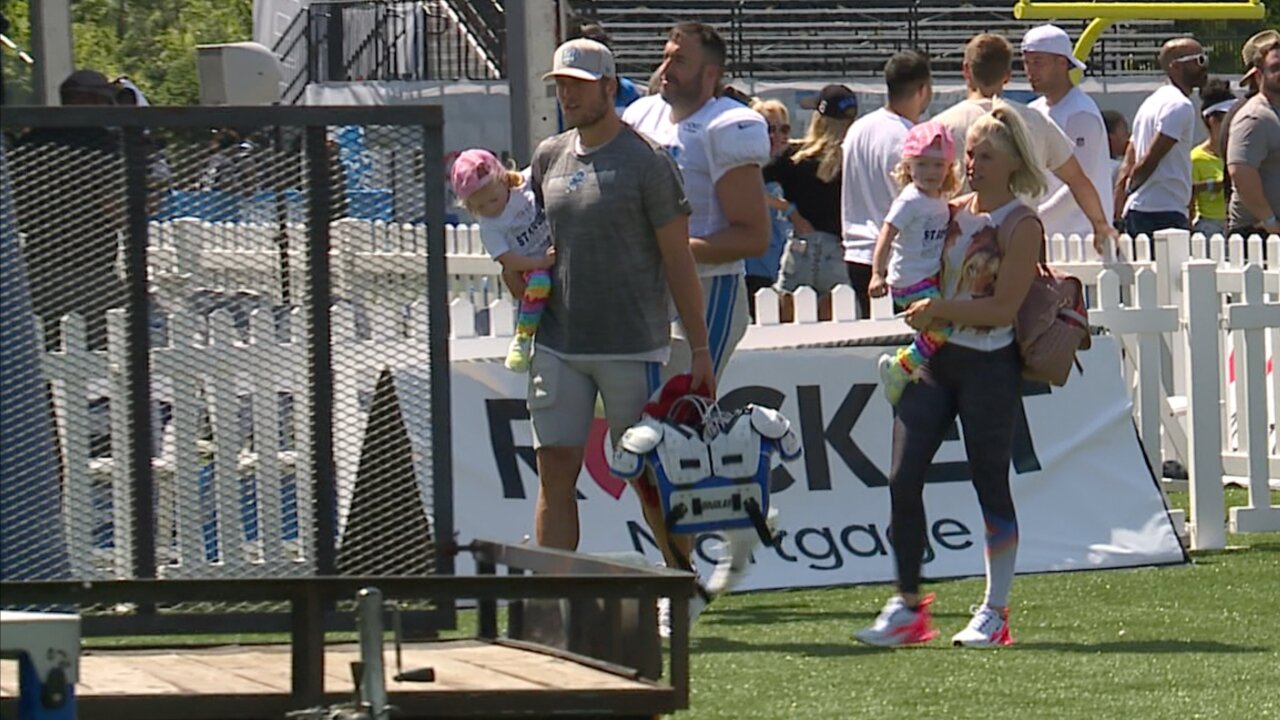 Matthew Stafford is cleared to return to the Lions active roster, after the team revealed he had a false-positive COVID-19 test.

The quarterback doesn't have COVID-19, and the team says he never had COVID-19.

Kelly Stafford isn't happy about how the NFL handled the situation.

The NFL went public on Saturday with Stafford's status on the reserve/COVID-19 list. Kelly, Matthew's wife, posted a message on Instagram, addressed to the NFL.

See the message HERE or read below.

“The past four days have been somewhat of a nightmare. For 24 hours, we believed my husband was positive for covid.. We were all tested the day after and we were all negative including Matthew..then he tested negative again, then again, again, and again.

After his second negative, we were made adware [sic] of the ‘false positives’ and how this was one of those cases.

I have been losing my mind because of how my Family has been treated since my husband was put on COVID-IR.

Even after we knew it was false positive, our school told us they were not allowed back, I was approached in a grocery store and told I was ‘endangering others,’ my kids were harassed and kick off a playground, I was told I needed to wait in my car when trying to pick up food, and people closest to us had to get tested just so they could go back to work.. and that’s just to name a few things. I don’t blame these scenarios on any of the people directly involved.. I understand where they are coming from, but I do blame the @NFL. I blame the @NFL for not holding themselves accountable. These are people’s lives and livelihoods that are in those results in THEIR test sites. Maybe we should be absolutely positive a person has covid before releasing that info to the world. I’m sharing our experience because I don’t want it happening to any other family that plays for this league.

We are thankful for those who called, texted, emailed and showed concern for matthew and our family. Your thoughts during this strange, difficult time are greatly appreciated.. but we are all absolutely fine and feeling great. Thank God for that.”

Kelly added in the caption, "I would also like people to know.. if you saw me out and about after this, it was because we already knew it was a false positive. We would never chance endangering anyone with this virus. If we have learned anything in the past two years, it’s that we know the value of health and the health of others."