Kevin Love cleared to play in Game 1 of NBA Finals 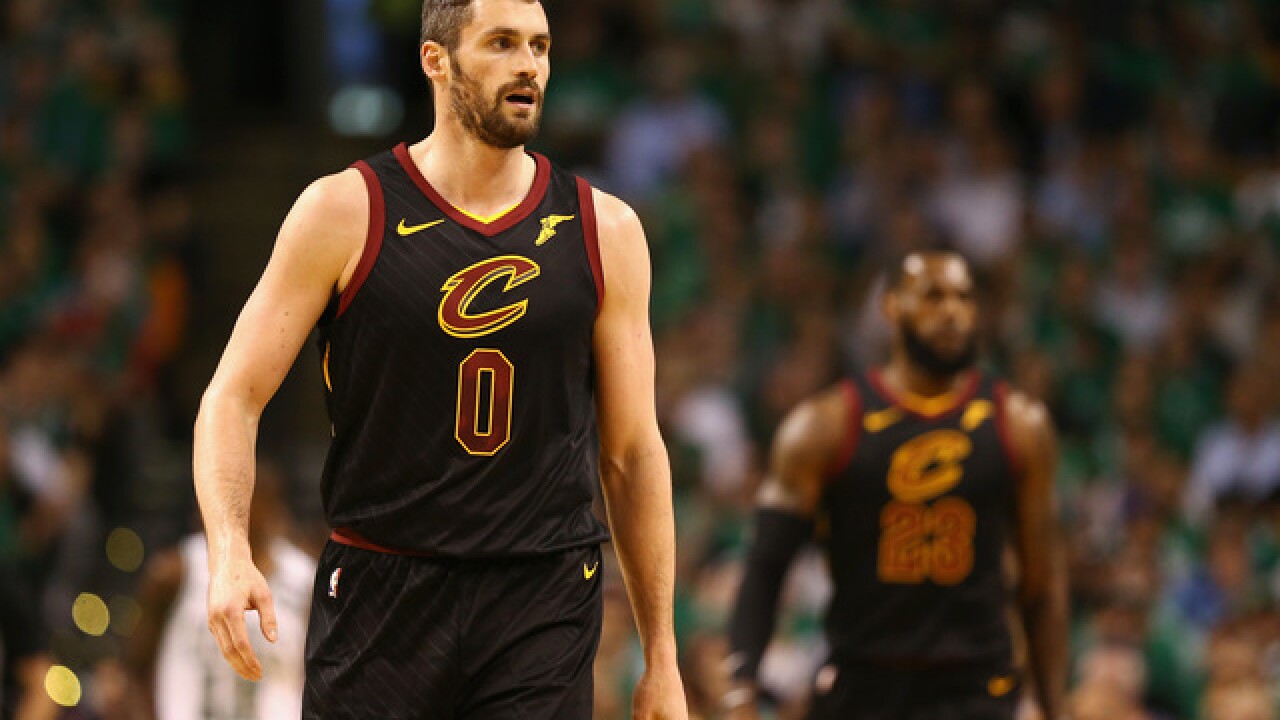 OAKLAND, Calif. (AP) — Cleveland forward Kevin Love has completed the NBA’s concussion protocols and is cleared to play in Game 1 of the NBA Finals against Golden State on Thursday night.

Love was injured early in Game 6 of the Eastern Conference finals against Boston and was not able to play in Game 7. He traveled to California with the Cavaliers and was on the floor with them during practice Wednesday at Oracle Arena.

While the Cavaliers will be at full strength, the Warriors will not. Golden State forward Andre Iguodala is out because of a bone bruise in his left knee that sidelined him for the last four games of the Western Conference finals.