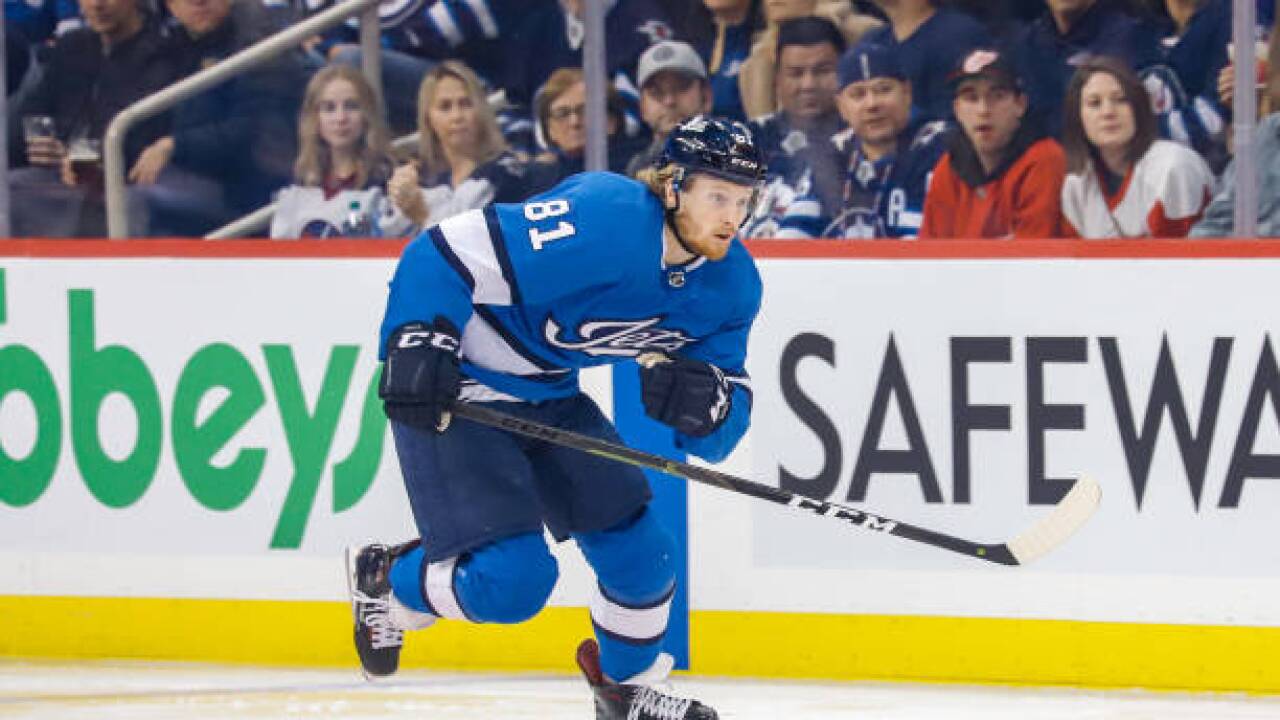 WINNIPEG, Manitoba (AP) -- Kyle Connor had a goal and two assists as the Winnipeg Jets defeated the Detroit Red Wings 4-2 on Friday night.

Laurent Brossoit made his 10th start of the season and stopped 33 shots for the Jets.

Luke Glendening had a short-handed goal and defenseman Dennis Cholowski scored on the power play for Detroit, which lost its third straight.

Jonathan Bernier made 23 saves for the struggling Red Wings, who are 1-7-2 in their last 10 games.

Winnipeg scored early and late in the first period to open a 2-0 lead.

Tanev got his 10th goal of the season 13 seconds into the first and Wheeler had his pass attempt redirected into the net off the stick of Red Wings veteran Thomas Vanek with two seconds left.

Little made it 3-0 at 4:41 of the second with his ninth goal of the season -- and 209th of his career -- when his shot changed direction after hitting Detroit defenseman Mike Green, who was back after a 13-game absence due to a foot injury.

The 31-year-old Little began his NHL career in 2007-08 with the Atlanta Thrashers, who relocated to Winnipeg in 2011.

Little, Tanev, Connor and Mark Scheifele, who assisted on Wheeler's goal, all extended their point streaks to four games. Scheifele and Connor each have six points in that span. Little has five points and Tanev four.

Detroit got on the scoreboard at 10:03 of the second after Glendening and Filip Hronek went in on Brossoit by themselves. Hronek faked a shot and sent the puck to Glendening, who beat the netminder on the stick side.

Brossoit made a key save late in the second, smothering his glove over a puck that was behind him and heading toward the goal line.

Cholowski made it 3-2 at 6:50 of the third when Niklas Kronwall fired a pass to him and Brossoit couldn't slide back in time to stop Cholowski's shot.

The Red Wings went on the power play with eight minutes remaining, but some blocked shots helped Brossoit and he also made some timely saves to kill off a delay-of-game penalty to Jacob Trouba.

Connor scored into an empty net with a minute remaining.