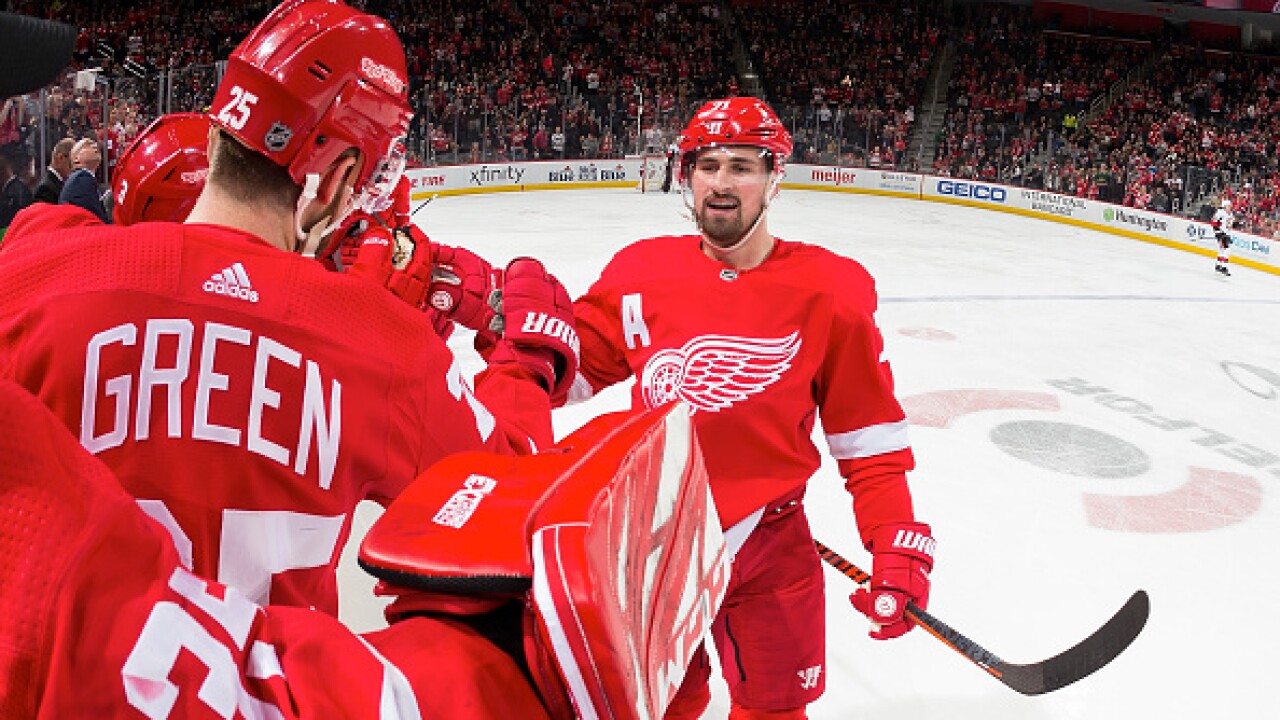 DETROIT -- Dylan Larkin scored the only goal in the shootout to give the Detroit Red Wings a 3-2 win over the skidding Ottawa Senators on Friday night.

Tyler Bertuzzi had a goal and an assist, and Larkin also scored in regulation for Detroit. Red Wings defenseman Filip Hronek had two assists. Jonathan Bernier made 29 saves and thwarted Tyler Ennis, Anthony Duclair and Artem Anisimov in the tiebreaker.

It was the Red Wings' third win in five games, the first time they've done that since Nov. 8-16.

Colin White had a goal and an assist and Brady Tkachuk also scored for Ottawa, which lost its season-high sixth straight. Marcus Hogberg stopped 26 shots.

White's power-play goal with 9:18 left in the second period tied it at 2. He tipped in defenseman Mike Reilly's shot from the point for his fourth goal.

Larkin's power-play goal 5:32 into the middle period gave Detroit a 2-0 lead. He skated through three Ottawa players in the neutral zone and the Senators end and stuffed the puck past Hogberg as Larkin cut across the top of the crease from right to left. It was his 11th goal.

Tkackuk put Ottawa on the board just 22 seconds later when his attempted pass from the side of the net went in off the skate of Red Wings defenseman Patrik Nemeth. It was Tkachuk's 14th goal.

Bertuzzi gave the Red Wings a 1-0 lead with 5:05 left in the first period when he tipped in Hronek's shot-pass. It was Bertuzzi's 16th goal.