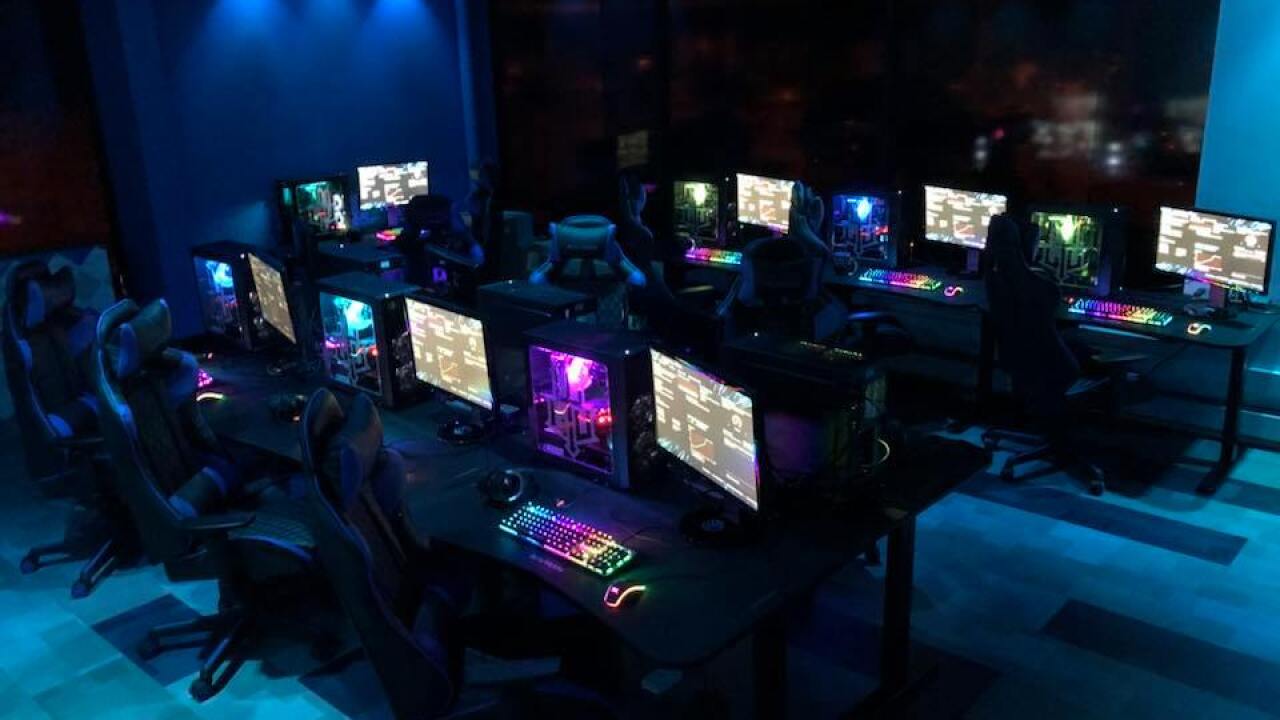 The arena has 12 custom-built gaming computers with 4K monitors, a coaching station and a 4K big-screen TV for spectators and players to go over film after a competition. On top of that, there's video-gaming chairs and high-end headsets.

According to the university, the arena was developed by LTU with Yellow Flag Productions, which is a media-based company that produces several weekly TV shows on Michigan high school sports.

This is part of the ever-growing field of competitive video gaming with players battling each other with teams in tournaments streamed live to fans or held in sports arenas.

In June, a 10,000-square-foot video game center called "GAMETIME" opened in Auburn Hills, and it's the official home of Detroit-based eSports franchise Renegades.

LTU hosts an annual tournament for high school teams, and this year, 48 teams battled in the "League of Legends" for 16 finalists spots. Those teams were invited to a Saturday showdown at LTU where the final match was taped by Yellow Flag and shown on Fox Sports Detroit.

The winning and runner-up teams received LTU scholarship offers worth up to $64,000 over our years.

ESports is a form of competitive video gaming with multiple players battling against each other, usually in teams, in tournaments that are streamed live to fans or held in sports arenas. Most commonly used games for eSports are multiplayer battle games such as “Overwatch” and “League of Legends,” although sports games are sometimes used as well.

According to a February report from the gaming industry analytics firm Newzoo, eSports revenue surpassed $1 billion in 2018, up 27 percent from a year earlier, with a worldwide audience of participants and fans topping 400 million. In Michigan, many high schools and colleges are organizing teams. At LTU, more than 100 students participate in eSports through several club teams, and they’ll make regular use of the new arena.

LTU also hosts an annual eSports tournament for high school teams. Earlier this year, 48 teams battled it out in “League of Legends” online for 16 finalist spots. The 16 finalists were invited to a Saturday showdown at LTU, where they played until there were just two teams left, and that final match was taped by Yellow Flag and shown on Fox Sports Detroit. The winning and runner-up teams received LTU scholarship offers worth up to $64,000 over four years. Nearly a dozen students over the past three years have taken advantage of those scholarships to attend LTU, according to Lisa Kujawa, LTU’s associate provost for enrollment management and outreach.